Good Solutions For The Serbian Economy

For the second consecutive year, eight Spanish companies will present themselves on the International Agriculture Fair in Novi Sad. Under the patronage of the Economic and Commercial Office of the Embassy of Spain in Belgrade and the Spanish Institute for Promotion of Export and Investments ICEX, Serbian entrepreneurs will have a chance to exchange experiences with 8 Spanish leaders in the areas of agricultural technology and equipment.

“Success of Spanish agriculture lays in technologically advanced irrigation systems, that helped not only overcome the geographical and climatic limitations but also led us to the optimal use of water as a precious resource. Our country has become one of the global leaders in this area. It is also important to mention frost-protection systems, greenhouses, hail protection networks and shade nettings“, said Antonio Rodríguez Illescas, the Director of the Industrial Equipment Sector in ICEX.

In the last five years, the commercial exchange between the Republic of Serbia and The Kingdom of Spain is in continuous growth, and it is believed there is room for improvement. In 2016 Serbian imports from Spain were slightly higher than its exports to Spain, with pork being the leading product (import increased by 7.11% compared to the previous year), while the parts and equipment for the motor vehicles were on the second spot. In 2016, the imports of Spanish tractors were almost four times bigger than in the previous year, reaching 6.65 million EUR.

When it comes to Spanish agricultural exports to Serbia and the region, the most frequent are irrigation systems and equipment, plant protection and nutrition products, as well as machines for agronomy and forestry. As for the Serbian exports to Spain, on top of the list are furniture and furniture parts, followed by corn and rubber products. 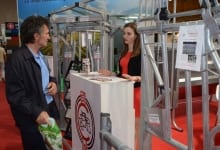 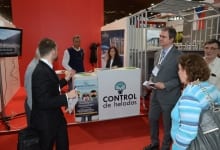 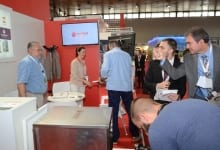