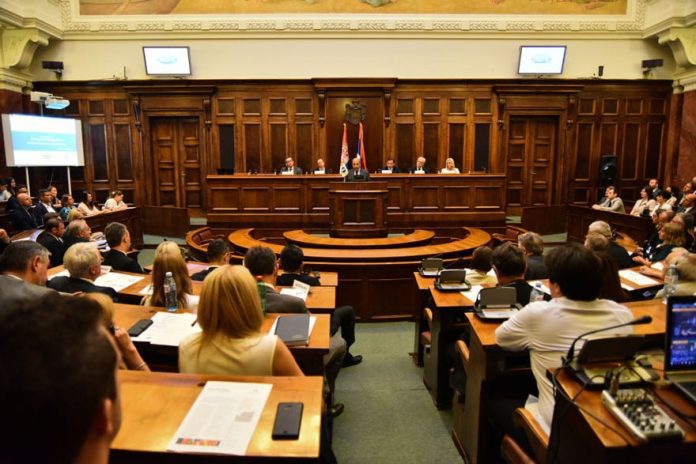 EBRD President at the National Assembly of Serbia 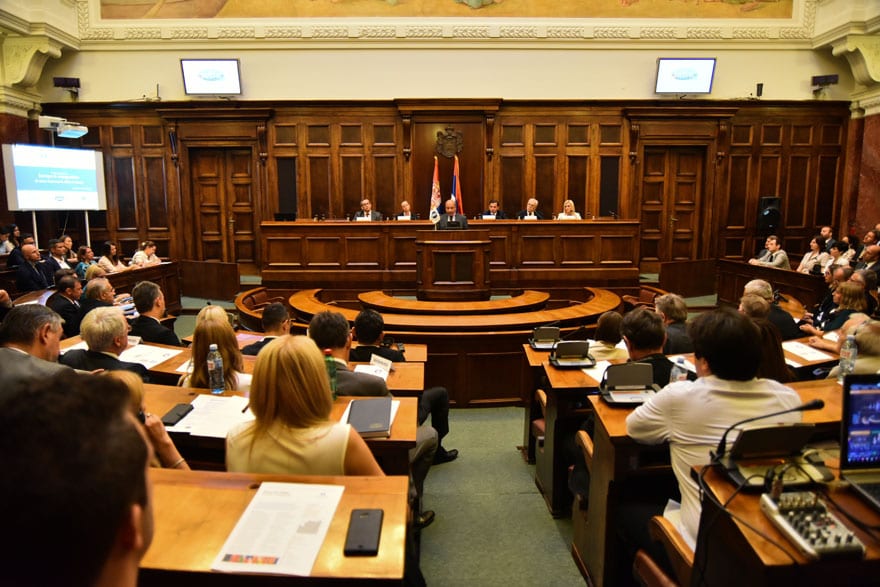 The President of the European Bank for Reconstruction and Development (EBRD), Sir Suma Chakrabarti, spoke in the National Assembly of Serbia last night on the topic “Europe and Integration”, which was organised by the EBRD, NALED and the European Movement in Serbia.

The EBRD, as a promoter of European integration and the benefits of the process, will offer all support to Serbia on its path towards the EU. Serbia still has a lot of work to do in order to reduce corruption, improve the judicial system, simplify bureaucracy and reduce the role of the state in the economy. All activities in this area will help in the achieving of strategic priorities – integration, economic performance and stability, said Suma Chakrabarti, president of the European Bank for Reconstruction and Development.

He also recalled that the EBRD has so far invested four billion euros in Serbia through more than 200 projects. Of this total, 2.8 billion has been invested in regional infrastructure projects. Apart from infrastructure, there have been key investments in strengthening the private sector, the development of institutions and regulatory reform.

Accession to the EU is the most powerful foreign stronghold for reform and places an emphasis on regional cooperation, which is an explicit precondition for countries that aspire to EU membership, said the EBRD boss, adding that cooperation is the most important investment for the future. We must continually emphasise the importance of this cooperation and its comparative advantages precisely because it makes the region attractive to potential investors.

In addition to promoting integration, the EBRD is a strong supporter of the affirmation of globalisation, enhancing the growth of the national economy, fighting corruption and increasing investments, said Mr Chakrabarti, as well as emphasising in particular that long-term economic health depends on integration.

Read the interview with Sir Suma Chakrabarti in the October issue of CorD Magazine.

The common denominator of the top three reforms that NALED will advocate for has crystallised more than ever during the Covid-19 crisis. Those are...
Read more
Cord MagazineLeaders Meeting Point