The leaders of Finland and Sweden have...
Read more

President of the Republic of Serbia Aleksandar Vucic and Deputy Prime Minister and Minister of Construction, Transport and Infrastructure Zorana Mihajlovic visited the construction of the “Cortanovci” viaduct on the Stara Pazova-Novi Sad railway section high speeds between Belgrade and Budapest.

Vucic said he is very pleased with how the work is progressing, stating that it would take 30 minutes from downtown Belgrade to downtown Novi Sad once the project is completed.

Ambassador of the Russian Federation to Serbia H.E. Alexander Botsan-Kharchenko said after the visit that this is a magnificent project, which is of European importance as it will further connect the southern part of Europe with central and Western Europe. 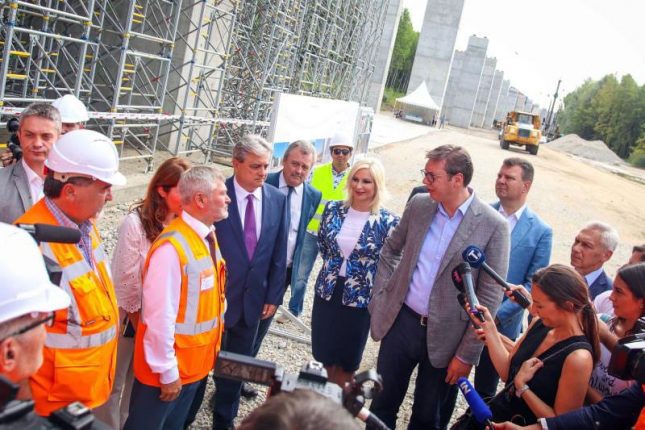 The “Cortanovci” tunnel and viaduct are one of the largest investment and infrastructure construction sites in this part of Europe.

The works on the modernisation and construction of the two-lane railway Stara Pazova – Novi Sad are being carried out by the Russian company RZD International, and the project is financed by a Russian loan for the modernization of Serbian railways.

In a telephone conversation, Russian President Vladimir Putin congratulated Serbian President Aleksandar Vučić on his convincing victory in the presidential elections and on the...
Read more