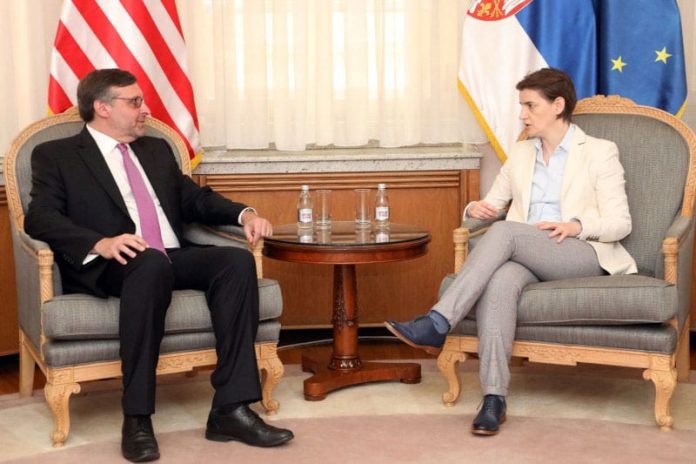 US support for Serbia towards its European path 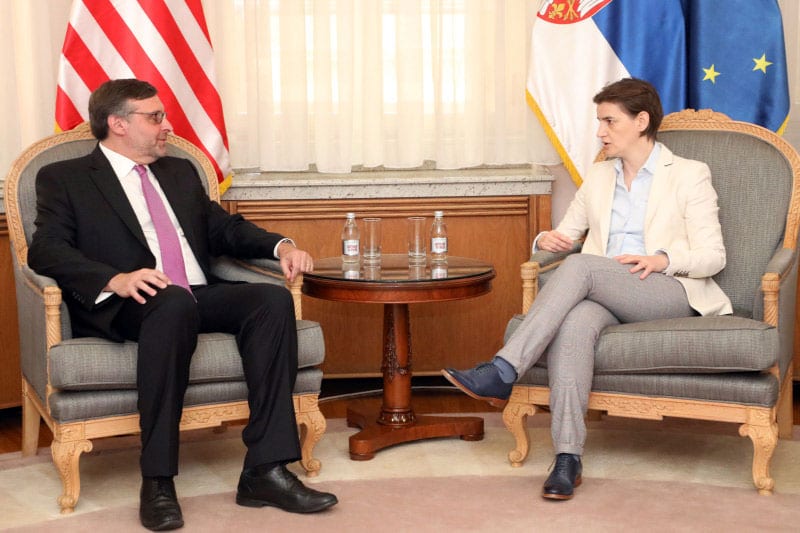 Prime Minister Ana Brnabić spoke today with US Deputy Assistant Secretary at the Bureau of European and Eurasian Affairs Matthew Palmer about the current situation in Kosovo-Metohija and the possibilities for the continuation of the Belgrade-Pristina dialogue.

Brnabic underlined that Pristina must abolish tariffs on goods from central Serbia and refrain from unilateral measures that damage the continuation of talks and normalisation of relations.

She stressed that Pristina’s behaviour is causing great damage to the whole region and that Kosovo citizens are also victims of such a policy.

Palmer said that the US insists that Pristina must withdraw the decision on tariffs, adding that the implementation of the Brussels agreement and the continuation of the talks is the only way to find a constructive solution.

The US’s overriding interest is to preserve the peace, stability and security of the Western Balkans, Palmer said and added that Serbia can count on the support of the United States to the Belgrade-Pristina dialogue and its European path.

He also pointed out that the United States seeks to continue the positive dynamics of bilateral relations with Serbia and to increase US investments in our market.