Most of the previous economic programmes in Serbia succeeded in achieving short-term macroeconomic stabilisation, but failed to resolve the underlying weaknesses of the economy. I believe the authorities share our view that consolidating recent gains will require not only maintaining sound macro policies and strengthening institutions, but also fully completing the ambitious structural reform agenda

Serbia has done a great job on fiscal and macro stabilisation and enhanced its financial sector stability. Although structural reforms have been a mixed bag, considerable efforts have been exerted, and the government seems to be devoted to that job. Whether it will ask for a follow-up arrangement with the IMF following the conclusion of this one is up to the government to decide, “but the IMF stands ready to support future reform commitments,” says Sebastian Sosa, IMF Resident Representative in Belgrade, speaking in this interview for CorD.

Serbia’s three-year arrangement with the IMF is entering its final phase. How satisfied are you with what has so far been achieved?

– The results of Serbia’s economic programme supported by the IMF have exceeded all expectations in terms of macroeconomic stabilisation and growth. Fiscal consolidation efforts have been particularly strong. In 2014 the fiscal deficit had reached almost seven per cent of GDP, and public debt was on a dangerous path.

However, just two years later that deficit has narrowed to less than 1½ per cent of GDP—the lowest level since 2005—and public debt is coming down. And this sizeable fiscal adjustment has not hampered growth. On the contrary, it helped to boost confidence, supporting private investment and growth.

Notably, employment growth is also expanding, with over 160,000 private sector jobs being created in the last two years. On the financial sector front, the resilience of the system has improved, and the very high level of non-performing loans, which was affecting banks, is falling. All these achievements are great news and Serbia should be commended for them.

– Although progress in the last two years has been impressive, it is still too early to declare victory. We should consider that most of the previous economic programmes in Serbia succeeded in achieving short-term macroeconomic stabilisation, but failed to resolve the underlying weaknesses of the economy. These unresolved structural problems prevented growth being sustained, eventually bringing the economy back into recession, with rising unemployment and re-emerging fiscal imbalances.

I believe the authorities share our view that consolidating recent gains will require not only maintaining sound macro policies and strengthening institutions but also fully completing the ambitious structural reform agenda. And this is precisely what Serbia’s economic programme aims to do.

The government has so far been committed to these objectives and progress is visible in areas like improving the business environment, fighting the grey economy, restructuring state-owned enterprises, and reforming public administration. That said, in some areas more and faster reform efforts are needed to boost productivity and potential growth, and to ensure a faster convergence to income and living standards in European Union countries.

A key challenge now is to ensure that recent hard-won gains are consolidated and sustained over time, even in the absence of an IMF-supported programme

How is it that Serbia receives consistently good reviews from the IMF when the actual heart of the programme – the reform of public enterprises – has not particularly progressed?

– Let’s put this question in context. The programme was originally based on three pillars: fiscal and macro stabilisation, enhanced financial sector stability and structural reforms. Macroeconomic results have been excellent—especially in terms of fiscal consolidation—and the resilience of the financial system has been enhanced. 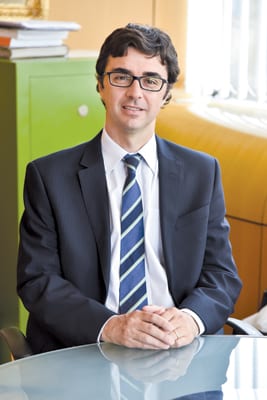 Regarding reforms of public enterprises and SOEs, which were at the core of the reform agenda, it’s a “glass half full, half-empty” kind of scenario.

Of course, we would have liked to have seen faster improvement, but at the same time, few could have foreseen the progress made thus far, given the long history of unsuccessful restructuring and resolution efforts and the complexity of these reforms. Many steps have been taken to improve the performance of EPS, Srbijagas and Serbian railways, with the help of the World Bank and EBRD.

Petrohemija restructured its debt and signed a long-term agreement with suppliers, so it should not be a fiscal burden going forward. And about 390 SOEs—of a portfolio of 550—have been resolved since 2014, either through privatisation or bankruptcy. However, there is still a long way to go and now is the time for the government to reinvigorate reform efforts. It is critical to continue restructuring and investing in the modernisation of large public utilities to get them on a sustainable path. And important decisions are still needed to permanently resolve companies with long-term problems in the energy and mining sectors.

– Clearly, Serbia is now on a much stronger footing than two years ago. But we can never rule out risks of fiscal relaxation, which if materialised would have a negative impact on confidence and foreign investment. Therefore, a key challenge is to ensure that the recent hard-won gains are consolidated and sustained over time, even in the absence of an IMF-supported programme.

Strengthening fiscal institutions, including fiscal rules, and boosting potential growth by completing the reform agenda would help meet this challenge. It is of course up to the authorities to decide whether they want a follow-up arrangement, but the IMF stands ready to support future reform commitments.

The IMF has an almost universal image worldwide as a police officer, as an institution that forces countries into austerity measures without taking care of people and their lives, as is the case in Greece, for example. In contrast, the IMF has, for years been devoted to investigating inequality. Could you tell us more about that?

– The IMF has indeed been increasingly working on inequality, as well as social protection issues. Extensive research has been produced in the last decade or so in an effort to understand the causes, consequences and remedies of income inequality. One of the main findings is that excessive inequality poses risks to sustainable growth, while social protection is increasingly seen as a contributor to macroeconomic stability, as protecting vulnerable groups can help maintain social and political support for sustainable policies.

But inequality has been more than a research agenda for the IMF. The institution is undertaking concerted efforts to give more prominence to it as part of the practical work with member countries, for instance, by placing greater emphasis on supporting vulnerable groups in arrangements with low-income countries. In fact, 29 of the 30 most recent programmes have introduced minimum levels for social spending on priority areas like healthcare and education.

Many steps have been taken to improve the performances of public enterprises and SOEs. However, there is still a long way to go and now is the time for the government to reinvigorate reform efforts

– Based on Eurostat data, Serbia exhibits higher income inequality than most countries in the EU, but the comparison of inequality across countries depends significantly on the indicator used. In any case, notwithstanding the need for fiscal adjustment under the programme, measures to minimise the social impact of some reforms were adopted with the help of the World Bank.

In our view, there is still scope for improving the targeting of social programmes, as many of them are poorly targeted, while those that are well-targeted, such as the Financial Social Assistance programme, are clearly underfunded. But I think it is also fair to say that, by restoring macroeconomic stability and avoiding an economic crisis, Serbia’s programme was effective in preventing higher inequality and poverty. It is during crisis periods that the largest increases in poverty and inequality are typically observed in emerging markets and developing countries.

– Pension reductions and “across the board” cuts in public employment and wages were needed as the fiscal position was unsustainable. But now the priority should be targeted restructuring in areas like health and education, to rationalise staff numbers and skills, and a more efficient and equitable wage system.

Ultimately, the road to sustainable and inclusive growth entails completing the structural reform agenda. This is now the main objective of the programme, which is all about growing income in Serbia. And it appears to be working, as employment and private sector wages are growing, and to the extent that fiscal sustainability is cemented, public wages and pensions will also gradually be able to increase, as well as social spending in priority areas.

Going forward, the road to lower inequality will require stronger and more efficient pre-distributive policies—policies that improve access to good education and healthcare for all. But this is a difficult task that cannot be done overnight. So, in the short term, these policies should be complemented with the better redistribution, including by improving the targeting of social benefits towards the poor.

The European Bank for Reconstruction and Development (EBRD) was created 25 years ago, following the collapse of the Berlin Wall. The bank’s mandate was...
Read more

Private enterprises in Serbia will benefit from improved access to finance under a new €20 million line which the EBRD is providing to Addiko Bank...
Read more

On the World Bank Doing Business report for 2019, Serbia took the 48th position among 190 countries, which represents a fall of five places...
Read more

Increasing share of clean and renewable energy is one of EBRD’s priorities in the Western Balkans region. Under the EU-supported Regional Energy Efficiency Programme, EBRD provides...
Read more