Mohammed Amine Belhaj, Ambassador of the Kingdom of Morocco to Serbia

Morocco and Serbia share the same vision of a world in which peace, security, solidarity and cooperation are the most important values. Based on vibrant bilateral relations, the two countries have shown a readiness to use the momentum and give “more strategic character” to relations

Although diplomatic relations between the Kingdom of Morocco and the Republic of Serbia have always been good, the recent accelerating of bilateral relations promises even more dynamic cooperation, especially in the fields of trade and economics.

– Rooted in history, diplomatic relations between the Kingdom of Morocco and the Republic of Serbia have been shaped over the years by strong and symbolic moments of friendship and mutual respect. The legal framework governing these relations has been strengthened in recent years through the signing of several agreements and memoranda in various fields, economic and trade, air services, culture, youth and sports, diplomatic academies and justice etc.

The year 2018 witnessed a positive and virtuous dynamic, as well as the enhancement of political dialogue between the two countries through regular contacts and, in particular, between both ministers of foreign affairs, who expressed – in September 2018 – their
ambition to give a “more strategic character” to the relationship.

In order to consolidate this momentum and strengthen economic and trade cooperation,
the two foreign ministers agreed last September to organise the 2nd session of the Joint Economic Commission, which took place in Rabat on March 6th 2019.

Bilateral relations have a strong foothold based in the past and the two countries’ traditional cooperation in the scope of the Non-Aligned Movement.

– Yes, indeed, relations between Morocco and Serbia are strong and based on mutual respect and solidarity. Moreover, these relations were strengthened by the friendship between our late leaders and Non-Aligned Movement founders – His Majesty King Hassan II and President Josip Broz Tito – who shared a common vision opposed to colonialism and
imperialism, fighting against poverty and promoting economic development.

Both countries are working for a world where peace, security, solidarity and cooperation prevail. We have also maintained our principled stance in defending the territorial integrity and national sovereignty, based on International Law, which is additionally reflected through the two countries’ mutual support within international organisations.

The Intergovernmental Conference to Adopt the Global Compact for Safe, Orderly and Regular Migration, convened under the auspices of the United Nations General Assembly, took place on 10th and 11th December 2018, in Marrakesh, Morocco. What could be learned from this conference?

– The organisation of this conference in Marrakesh primarily testifies to the commitment
of the Kingdom of Morocco to tackling major multilateral issues, as well as its deep conviction that the major issues of the moment can be solved only through a common approach. Migration is, more than ever, at the heart of global issues, which can only be identified together and in which we can no longer choose indifference. 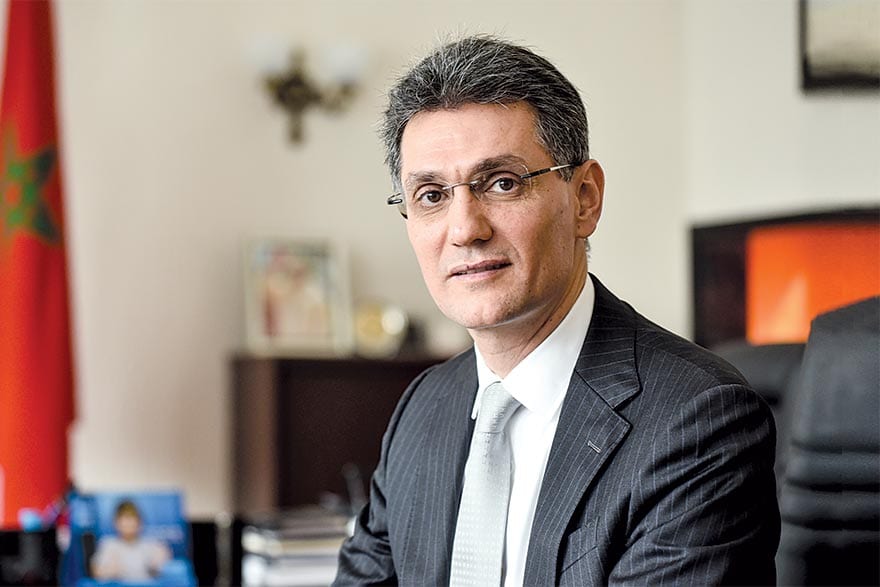 States have shown that this question brings people together more than it divides them and that it must be the subject of a commitment that can no longer be circumstantial. By adopting the Marrakesh Pact, states have taken a decisive step towards improving the lives of the 258 million migrants around the world and reconciling the interests of countries with the human rights of migrants.

The Marrakesh Pact for safe, orderly and regular migration would, therefore, be the
result of frank dialogue and a comprehensive approach, in which migration is analysed within all these dimensions.

As His Majesty King, Mohammed VI has pointed out, “For the time being, the Global Compact remains a promise which history will judge. The time for celebrating its success has not come as yet.” It is up to us, now, to implement the Pact and to begin the “post-Marrakesh” era.

– As I mentioned earlier, Morocco and Serbia stand together in supporting the principle
of territorial integrity and national sovereignty. The position of the Kingdom remains unchanged; we don’t recognise Kosovo, in accordance with the fundamental principles of our foreign policy, which aims to ensure the respect of territorial integrity and reject any
self-proclamation of independence. Moreover, Morocco supports and encourages negotiation process under the mediation of the EU.

Three cooperation agreements were signed in the fields of Tourism, Trade and Economy, as well as between the two national libraries

How would you evaluate the 2nd Joint Economic Commission between Morocco and Serbia, which took place in Rabat on 6th March 2019?

– Co-Chaired by Mr Mohamed Sajid, Moroccan Minister of Tourism, Air Transport, Handicraulics and Social Economy, and Mr Rasim Ljajic, Serbian Deputy Prime Minister and Minister of Tourism, Trade and Telecommunications, the 2nd Joint Commission aimed to explore ways and means of strengthening cooperative relations and laying the foundations of a strategic partnership between the two countries.

On this occasion, Deputy PM Ljajic met the Head of Government, Speaker of the House of
Representatives, Minister of Foreign Affairs and International Cooperation and the Minister of Industry, Commerce, Investments and Digital Economy.

Three cooperation agreements were signed in the fields of Tourism, Trade and Economy, as well as between the two national libraries. It has been suggested that a free trade agreement to be concluded, which would be the first for Serbia with an African and Arab country. Morocco and Serbia also jointly called for more cooperation in five areas, namely the automotive industry, the textile industry, agriculture, tourism and ICTs.

In which areas of the economy do you see possibilities to expand economic cooperation?

– I should say that there is plenty of room for cooperation. All sectors of economic activity
can contribute to strengthening our bilateral cooperation. We are in the logic of complementarity and exchanges of experience and expertise. The main sectors to explore could be agriculture, renewable energies, tourism and ICT, as well as the automotive
and aeronautics industries.

The Kingdom of Morocco celebrates on July 30th, 2021, the 22nd Anniversary of the Enthronement of His Majesty King Mohammed VI. It is also...
Read more

The global economy is currently going through the era of digitalisation, which needs to be capitalised on, in order to make information available to...
Read more

The Belgrade international tourism fair held this year for the 40th time at the Belgrade Fair from 22 to 25 February. Prime Minister  Ana Brnabić...
Read more

Agriculture is a Promising Field for Investments

The ADA aims to ensure the acceleration of the pace of investments in the agricultural sector, especially in terms of maximising the valuations of...
Read more

The Fes Festival of World Sacred Music in Morocco held this year from May 6 – 14 was born with an idealistic hypothesis: the...
Read more

On the 14th of June, the Portuguese Embassy in Belgrade celebrated the Day of Portugal, Camões and the Portuguese Communities, with the presence of...
Read more

Against the backdrop of increasing threats to journalists and thus impediments to freedom of expression and freedom to inform,...
Read more

Luka Gori was born in Florence on 27 July 1968, he graduated in political science from the University of...
Read more

Ambassador of India to Serbia Sanjiv Kohli sent a message today that "yoga is the golden key that unlocks...
Read more

French President Emmanuel Macron might have been relieved after getting reelected in April — but his second term in...
Read more