Independent institutions, inclusive parliamentary procedures, media freedom and anti-corruption are indeed the keys to any political ambition regarding societal development. We are happy to support Serbia in its efforts to embrace these values

Some experts suggest that cooperation in the Western Balkan should start from the Nordic example of bringing national parliaments to work together. H.E. Jørn Eugen Gjelstad, Ambassador of Norway to Serbia, believes that this is just one of the strong sides of the Nordic model.

“I believe that the most important effect and impact the Nordic model has ever had on Nordic societies is its capacity to create a high level of trust between citizens and their institutions. This is sometimes referred to as the “Nordic Gold”, and rightly so in my opinion. The Nordic region has strong, transparent and effective institutions, which are all kept accountable and anchored within a political system based on the rule of law”, says the ambassador, adding: “this construct has managed to deliver confidence, trust and a basic perception among the citizens that “the authorities care and stand up for me”.

Another feature of Nordic societies has been the ability to foster a genuine cross-party debate in order to forge a broad consensus on issues of national interest, explains our interlocutor. “A third dimension is an effort exerted by the Nordic countries to enter into cross-border cooperation with a view to improving quality of life through increased economic cooperation, the dissemination of technology and access to higher education, services and culture,” concludes Ambassador Gjelstad.

Would these solutions be viable at the current level of democracy and freedom of the press in the Western Balkan countries?

– I truly believe that the values and principles guiding the societal development of the Nordic region, such as independent institutions, inclusive parliamentary procedures, media freedom, anti-corruption, equality, innovation and environmental protection, are the keys to any political ambition regarding societal development. Its opposites can easily bring society into stagnation or prompt setbacks. 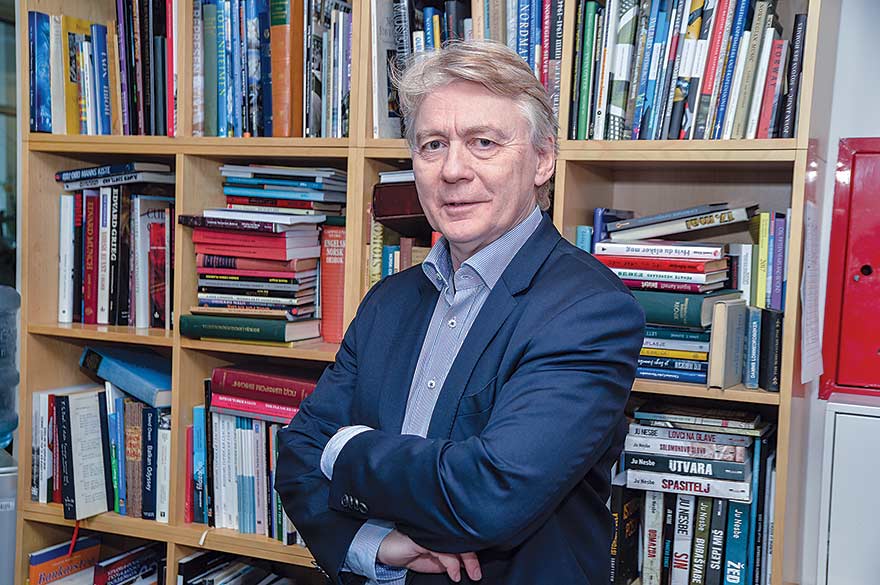 Based on this background, I am happy to see that there is a declared political will among Western Balkan countries to align themselves with these values and principles in their dialogue with the EU.

When it comes to pollution, the Western Balkan region is often described as a black hole close to Europe. How can environmental challenges be translated into economics possibilities? What knowhow can Norwegian investors bring to Serbia when it comes to the circular economy?

– We can still hear from some corners that the transformation of our energy systems to a low- or no-carbon economy is an impediment to economic growth and prosperity. I am happy to say that there is plenty of documentation refuting this claim, including the Norwegian report “The New Climate Economy”. Current reports on this issue show that technological innovation and investment in efficient low-emission solutions will create new opportunities, more jobs, increased corporate earnings and sustained and well-balanced economic development.

We have seen that the business climate in Serbia for Norwegian companies has improved somewhat over the years, but there is still some way to go

The green economy has not only become profitable; this segment of the global economy has the strongest growth rate and the brightest future. The new climate economy is about to become the major driver of the modern global economy. And I truly believe that we should all relate to that. It is time to embrace the idea that we have the brainpower and the technology to carry out a transitional change for the entire global environment and to make it clean. In this context, I would highly recommend that the Western Balkan countries avail themselves to the opportunities provided by the EU’s pre-accession process, such as access to funding, expertise and projects with the potential to transform their energy-mix into a more environmentally-friendly construct. I hope to see Norwegian renewable companies taking a greater interest in the Western Balkans through the coming year, and I would most certainly like to take part in such an endeavour.

What are the characteristics of economic exchange between Nordic countries and Serbia? How much has the business environment in Serbia changed over time?

– Norwegian exports to Serbia have increased over the past decade, and are now 3-4 times the level of Serbian exports to Norway. Norway exports mostly chemicals, fish/ salmon and polyethylene. Those three sectors account for approximately 70 per cent of Serbian imports from Norway. Norwegian imports from Serbia have been dominated by agricultural products, car engine transmission systems, plastic and paper masses. We have seen that the business climate in Serbia for Norwegian companies has improved somewhat over the years, but there is still some way to go, in particular when it comes to meeting the interests of small and medium-sized companies. SMEs represent a significant segment of the Norwegian economy, and Serbia has to step up even further to make itself an attractive partner to high-tech orientated Norwegian companies. If the business framework is made right, I can see huge potential for future cooperation.

What are the most important goals that Norway will pursue in Serbia in 2020?

– Through the coming years, Norway hopes to see progress along various axes within Serbian society that correlate with the priorities set out in our programme of grant allocations for Serbia, aligned with Serbian priorities and the EU accession agenda. In this regard, I would like to specifically mention economic development rooted in innovation and a more predictable framework for how the market operates; environmental protection; media sector reform, with a focus on the empowerment of free media; strengthening the rule of law with a specific focus on anticorruption and independent institutions; and women’s rights and gender equality within society.

Which activities of the embassy would you like to highlight?

– I would like to additional stress that activities related to culture will also be a priority in our bilateral cooperation with Serbia. And I’m taking a special interest in cooperating with your excellent talents within areas like music, film, literature and visual arts. In that context, I would like to mention a novel programme we have called “Jazz in the Residence”, which aims to give young, talented Serbian musicians an arena to present themselves to an international audience.

The cities of Pirot and Sombor, under the auspices of the Agreement on Cooperation to Preserve Traditional Rug Making, together with the Etho Network...
Read more

The Nordic ambassadors to Serbia organised a reception at the Norwegian residence to celebrate Nordic Day.
Read more

Nordic countries are a group of countries in Northern Europe. These countries include Denmark, Finland, Iceland, Sweden, Norway, and the territories of the Aland...
Read more

Norwegian Foreign Minister Børge Brende says that good relations with Serbia, which have been growing continuously since WWII, are today excellent, both at the...
Read more