At the essence of my work at...
Read more

Davide Scalmani, Director of the Italian Cultural Institute in Belgrade

At the National Museum in Belgrade, the Serbian public will have an extraordinary opportunity to see more than 50 masterpieces that define Baroque as the first truly European modern art movement

The aim is to bring to Serbia a unique selection of Italian art and culture, a wide representation of that which characterises the Italian scene and embodies our cultural heritage.

It represents an artistic revolution that was born out of the appreciation of the blooming of the Italian Renaissance, but which had to come to terms with a new image of the universe and the place of human beings within it.

How will Italy, as a country with one of the greatest cultural and arts scenes in the world, present itself to the Serbian public in 2019?

– When we designed the 2019 cultural programme, we constantly kept in mind the fact that the Serbian public is very knowledgeable and has high expectations when it comes to the cultural domain.

Serbs love Italian art and the Italian way of life, which is why we wanted to provide the audience with the quality they deserve. We endeavoured to be part of the enduring relationships that have contributed to creating a solid background of friendship and mutual understanding.

The 140th anniversary of diplomatic relations between Italy and Serbia gives the Italian Cultural Institute in Belgrade the opportunity to build on this affinity.

Is there any cultural event focusing on bilateral relations?

– Yes. Together with the Serbian Academy of Sciences and Art, we’ve planned a conference to which we’re inviting historians from Italy and Serbia to discuss diplomatic relations and social/ cultural exchanges between our two countries. Actually, the whole programme has been devised in collaboration with Serbian institutions.

Are there any specific areas that the 2019 programme will focus on?

– We aim to bring to Serbia a unique selection of our art and culture, a wide representation of that which characterises the Italian scene and embodies our cultural heritage. An example of the spirit of the programme is the exhibition “Bernini’s School and the Roman Baroque” at the National Museum in Belgrade. 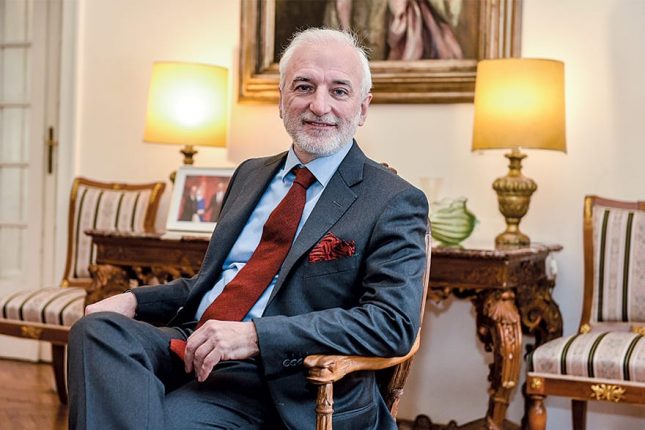 The Serbian public will have an extraordinary opportunity to see more than 50 masterpieces that define Baroque as the first truly European modern art movement. It represents an artistic revolution that was born out of the appreciation of the blooming of the Italian Renaissance, but which had to come to terms with a new image of the universe and the place of the human being within it.

Italy has a fascinating cultural heritage, but excessive funds are required to preserve and maintain everything. How much does Italy, as a state, receive assistance in maintaining its cultural heritage, which belongs to human civilisation in its entirety?

– It is often mentioned in the public discourse that Italy is a sort of cultural superpower, owning a large portion of universal artistic heritage. Some data could help – 54 cultural and natural treasures inscribed in the UNESCO World Heritage List (more than any other country), over 3,400 museums, 2,100 archaeological sites, 24 national parks and 23 marine protected areas.

Italy has 54 cultural and natural treasures inscribed in the UNESCO World Heritage List (more than any other country), over 3,400 museums, 2,100 archaeological sites, 24 national parks and 23 Marine protected areas

Does it cost a lot to maintain all those treasures?

– Yes, definitely. Italy has financial responsibility for more World Heritage sites than any other country in the world. A large share of the budget of the Italian Ministry of Cultural Heritage and Activities is dedicated to the task of preservation: some 200 million euros just for regular maintenance over the next three years.

The Ministry of Education is also investing in research and training in the field of heritage preservation, as well as local authorities all over the peninsula.

EU support has also been crucial in some of the most relevant projects, like the recent Grande Progetto Pompei. The investment for the restoration of Pompei amounted to 105 million euros, 78 million of which came from EU funds.

Private companies and individuals are also part of our system, given that some art and historically relevant properties are in private hands and their condition is monitored by a network of public entities.

However, let me say that it would be wrong to consider this only as a cost. The truth is that cultural heritage has huge strategic value, not only in terms of soft power but also when one considers our social and economic well-being.

Is this a commonly held view?

– The contribution of cultural industries and creative enterprises to the national product has been acknowledged only recently. The evidence is that culture creates many good jobs, adds value and can have a strong and positive impact, although not an easily visible one, on the development of any country. I would rather reframe the question of the costs in this way: art and cultural heritage are at the centre of creative innovation, representing a growth engine that is badly needed in our economy of knowledge.

What are all the modern artistic expressions that make Italy part of today’s world culture scene?

– Culture is a word that is often used to describe the past that marks national identity. Italian culture is mostly associated with the Roman civilisation, the emergence of urban life during the Middle Ages in Florence or Venice, or the great artistic achievements of the masters of the Renaissance, such as Leonardo, Michelangelo and Raffaello.

However, Italian artists have never ceased working and creating, representing part of the major currents that form our collective cultural landscape. Italy was the cradle of 20th-century avant-garde, with the likes of Marinetti’s Futurismo and then Spazialismo, Arte povera and Transavanguardia emerging in Italy.

It is no wonder that Italy is, after America, the country that has won the most Academy Awards. In any number of cultural and art scenes, an educated eye can find the distinctive contribution of Italy’s cultural influence, not to mention the crowd of Italian protagonists who are renowned worldwide for their talent in such diverse fields as fashion, architecture, design and culinary art.

What would you define as the most important areas in the 21st century in which Italy and its artists present themselves to the European and world cultural scenes?

– We find ourselves at the end of the second decade of this century with very few commonly accepted criteria, in Italy or anywhere else. However, after the deconstruction of the artistic and cultural values operating at the waning of the last century, some insights point to a renewed need for authenticity.

Some artists tend to perceive the necessity of a new definition of reality as the sphere in which we are immersed. In literature, for example, “autofiction” seems to define the current situation – think of Elena Ferrante or Roberto Saviano, for example.

What is real, or appears reliable, is felt as being desired by both the audience and artists. However, it looks more like a goal that we need to point to than a primary foundation of aesthetic research.

After the detection of the primary importance of narratives and the emphasis on the semiotic dimension of our lives — the late Umberto Eco comes to mind – artists are pointing to something that goes beyond that. In that direction, the work of Alfredo Pirri – whose “Passi” installation will be exhibited in Serbia in 2019 – can be mentioned as an example of that struggle towards what is called performativity, which is the extra-symbolic effect of a well-crafted artwork.

Bernini’s School And The Roman Baroque

Bernini (born Naples, 7th December 1598, died Rome, 28th November 1680), was an Italian sculptor, architect, painter, city planner and a man of the theatre, both as a set designer and playwright. 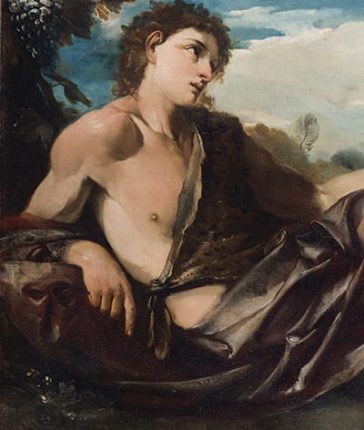 A multifaceted artist, he is considered the greatest protagonist of Baroque. His work dominated the European scene for more than a century after his death, and his influence on contemporaries and posterity was of enormous importance.

The exhibition presents the lesser-known Bernini, focusing on his figure as a painter and designer, and gathering the works of artists who converged in Rome following the creative drive of this eclectic and polyhedral artist. Many genres are presented, from portraits and self-portraits to landscape painting, allegories of classicist flavour, preparatory sketches for large decorative frescoes, as well as the “the triumphant Baroque”, with its religious representations.

Visitors will have the opportunity to admire 58 artworks related to prominent figures of the Roman Baroque and the School of Bernini, including Baciccio, Borgognone, Pietro da Cortona, Cavalier d’Arpino and Mattia Preti, to name just a few. The exhibition itinerary guides the visitor on a journey through the figurative imagery of 17th century Italy, to discover its intense and overwhelming language through the masterpieces of great artists, an extraordinary gallery of artworks, objects and inventions that comprise this unique collection.

The exhibited works include creations from artists with various Italian origins (including Mantuan Domenico Fetti, Francesco Trevisani or Carlo Maratti from Marche) and also those from other European countries (Frenchman Guillaume Courtois, called “Il Borgognone”, Flemish artists Jan Miel, Ferdinand Voet and Jos de Momper, and Dutchman Poelenburgh), fully reflecting the cultural and urban renewal that transformed Rome during the 17th century into a modern cosmopolitan capital, a privileged destination for artists, pilgrims and travellers. The exhibition, which runs until 28th April, is sponsored by Banca Intesa.