Achievements Should Be Jealously Guarded

The Government of Montenegro has achieved substantive progress over the past few years and our main recommendation is for it to stay the course and avoid the temptation of short-term actions that may play well with voters, but may prove unsustainable in the long run. It is important to maintain the credibility the government has gained with its efforts on fiscal consolidation and to build on that – Emanuel Salinas

The World Bank praises the Montenegrin government for the results achieved under the fiscal consolidation programme 2017-18, which led to a reduction in the general government budget deficit from 5.6% of GDP in 2017 to an estimated 3.8% in 2018.

“This was a positive signal of commitment that financial markets have welcomed and already have allowed easier access to capital markets for the regular refinancing of liabilities that were coming due in 2018 and 2019-21,” says Emanuel Salinas, World Bank Country Manager for Bosnia-Herzegovina and Montenegro.

According to our interlocutor, it is vital that the government continues implementing the fiscal consolidation programme, in order to contain the growing public debt and create fiscal space to address development challenges and mitigate risks.

The successful implementation of fiscal consolidation also depends on reforms that strengthen fiscal planning. The quality of medium-term revenue and expenditure planning must improve further, which will lead to more budget predictability and more efficient use of public money while reducing the need for mid-year budget revisions.

A strong commitment to fiscal consolidation is also crucial because of Montenegro’s high dependence on external financing, which is likely to remain elevated in the coming years – given the country’s narrow production base and the high import dependence of current investments. In fact, despite a recent reduction of the 2019–21 refinancing needs, there is a risk of tighter financing conditions on international capital markets in the future. As such, prompt actions are required to reduce public debt.

Considering that the Montenegrin government is considering further infrastructure investments through public-private partnerships, what would be your recommendations?

– Indeed, the participation of the private sector in financing large infrastructure investments through Public-Private Partnerships (PPP) or concessions can raise the efficiency of public spending and reduce the strain of large infrastructure projects on scarce public finances. What we have seen in many countries is that well-executed PPPs can indeed have very positive outcomes.

However, PPPs and concessions can carry fiscal risks that need to be well understood and managed. For example, we have seen PPPs that included government revenue guarantees for private partners that created liabilities that were beyond what was expected and ultimately became a strain on budgets.

The extent to which PPPs provide better value for money over the medium term depends on risk-sharing and other details set out in PPP contracts. An effective regulatory framework for PPPs and concessions, transparent reporting on the performance of active PPPs, and comprehensive monitoring and disclosure frameworks can help manage the risks and ensure value for money.

With regard to concessions, we think that these can be very valuable instruments to unlock the potential of assets that may not be sufficiently well developed under government ownership. This may be the case for airports in the country.

Following Montenegro’s very robust growth in 2018, the World Bank estimates somewhat slower GDP growth over the next three years. What should the Montenegrin government do to make the business environment more conducive to growth and job creation? 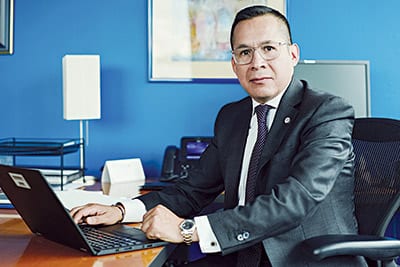 – First of all, the government needs to make it easier for entrepreneurs to create new firms and for existing firms to grow. This requires eliminating unnecessary regulatory obstacles to firms, reducing red tape and strengthening competition to ensure that nobody benefits unfairly from special treatment. Secondly, we also need to boost innovation and entrepreneurship. We need to get to a stage where people aspire to work in the private sector or set up their own business, rather than aspiring to have a job in the government. This requires a change in mindset, but that can be achieved – as we have seen in other countries in Europe. Having adequate access to finance will also be necessary so that those who have good business ideas and a willingness to pursue them also have the means to finance them. Finally, it will be important for the country to attract the right type of Foreign Direct Investment, which can bring in more and better jobs and can strengthen the country’s potential to export.

And, most importantly, we need to unleash the potential of the Montenegrin people. Unemployment is very high right now, especially among the youth, and a high proportion of people are entirely inactive (those that don’t have a job and are not looking for one). This is an enormous loss of potential and talent that the country simply cannot afford.

According to your estimate, when might investments in the development of the Eastern part of Montenegro yield results in terms of growth?

– We currently don’t have estimates on the time-frame for the development of this part of the country. From our experience in other countries, we know that investments in less developed parts of a country can help bring growth and jobs to those regions, and [in this case] to diversify the growth bases of Montenegro. Experience has shown that better connecting regions that lag behind urban centres and international markets can be a powerful development tool.

How would you rate the resilience of the Montenegrin economy, and specifically that of the financial system in the case of external risks?

– Montenegro’s economy is vulnerable to external shocks. Montenegro is a small, open economy with a large tourism sector that relies heavily on capital inflows from abroad to stimulate its growth. The high dependence on external financing is driven by the high import dependence of current investments. Montenegro also does not have its own currency, so it primarily relies on fiscal policy for counter-cyclical stabilisation efforts.

However, growing debt and fiscal deficits in recent years have limited Montenegro’s fiscal space to respond to external shocks. It is thus critical that the government continues implementing the fiscal consolidation programme in order to create fiscal buffers to mitigate risks.

After having been focused on infrastructure investments, we are today partnering with the government on complex challenges, such as the creation of more and better jobs for the Montenegrin population

Montenegro will enter a new election cycle next year, which – as in the case of the economies of the region – might mean some internal risks and delays in pursuing the reform agenda. What are your recommendations when it comes to the soundness of reform policies?

– The government faces important development challenges to enable the high and inclusive economic growth that’s necessary to improve living standards for Montenegrins. First, it must continue implementing the fiscal consolidation programme. Second, it must embark on a structural reform programme that unshackles private sector growth and leads to the creation of more and better jobs. Both reform areas require immediate actions, but also a long-term commitment.

As you have mentioned, there is a need for further structural reforms in the area of the labour market, social sectors and the public administration. How well have reforms in these sectors been implemented to date?

– The fact that many Montenegrins struggle to find well-paid jobs has been one of the country’s most important long-standing development challenges. While some progress has been achieved recently, it is critical to continue implementing key structural reforms that unleash private-sector job creation. 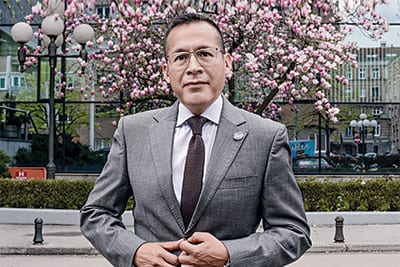 How can this be done? First, by eliminating unnecessary regulatory obstacles to firms, reducing red tape and strengthening the public institutions that safeguard fair market competition, to ensure that nobody benefits from special treatment—this would make it easier for entrepreneurs to create new firms and for existing firms to grow; second, by improving the quality education and the relevance of educational programmes, such as TVET, to raise the skills of the workforce; third, by improving the effectiveness of programmes that support innovation, entrepreneurship, access to financing for (potential) start-ups, and foreign investments that have greater potential for strong linkages with domestic markets and companies. The successful implementation of these key reforms will ultimately depend on transparent and accountable policymaking that strengthens the rule of law and the predictability of policies.

These are all challenges that the government has already identified and started to address.

Apart from your support to public sector management, you are also supporting projects in the environment, agriculture, education and energy efficiency. Which of them seems to record the most satisfactory results?

– We work with the Government of Montenegro across a wide range of issues and have been supporting Montenegro across many different sectors. We have invested 30 million euros to improve the competitiveness of agriculture and fisheries. We have retrofitted 49 schools and hospitals with better insulation, lighting and heating, and this has saved a lot of money on energy costs, but also – most importantly – has provided better conditions for 80,000 schoolchildren and hospital patients.

In Education, we are working to enhance the quality of university degrees, to enhance research and to support the development of new technologies, processes—all of which is very important for Montenegro’s competitiveness, economic growth and job creation. In terms of the environment, we are working to reduce the contamination of Montenegro’s natural resources and public health risks of exposure to this contamination from industrial waste disposal sites at Bijela, Gradac and Maljevac.

How satisfied are you with the cooperation you have with the Government of Montenegro?

– We are very satisfied with the level of collaboration we have with authorities in Montenegro. In particular, the Ministry of Finance has been a very proactive and engaged counterpart and principal interlocutor for our work. I personally believe that our engagement in Montenegro has evolved substantively over previous years, from a situation in which the assistance requested from the World Bank focused on infrastructure investments, to the present one, in which we are asked to partner with the government on complex challenges, such as the creation of more and better jobs for the Montenegrin population. Over the past years, we have also been partners on efforts to support fiscal consolidation.

The banking system in Montenegro is characterised by stability, which is reflected in high capitalisation, liquidity and profitable operations. Improving the macroeconomic environment, positive...
Read more

Setting the New Benchmark in Adriatic

Portonovi aims to promote the Bay of Kotor, and Montenegro as whole, across the entire world. It will provide the very best in service...
Read more

The year 2018 indicates a period of stability and gives reasons to be optimistic in terms of the improvement of economic conditions and the...
Read more

Timely public-private dialogue is of crucial importance to the further improvement of cooperation between the private and public sectors. The MFIC will continue to...
Read more

Company Employees Are “guilty” for Our Success

Despite the fact that developing markets like Montenegro's are filled with challenges, over ten years of work we've managed to improve the company's operations...
Read more

There is no doubt that the Western Balkans and EU enlargement will remain high on Germany’s agenda. Whoever becomes the next Chancellor will certainly...
Read more

There are great opportunities for cooperation between German and Serbian companies, and both sides are ready to use those opportunities. German companies that currently...
Read more