For the 11th year in a row, the Trag Foundation has awarded the VIRTUS prize for philanthropy to large companies, SMEs and individuals.

The winner of the main prize for national contributions was the company Delta Holding. For contributions to the local community in which the company works, the award went to Rudnik i flotacija Rudnik d.o.o., and the prize for a long-term partnership between the private and non-profit sectors was awarded to Nelt Co d.o.o.  Nag d.o.o.won the award in the SME category while the award for individuals went to  Milorad Jurković – Carpenter Mile, a philanthropist from Beočin. 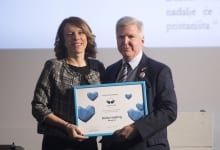 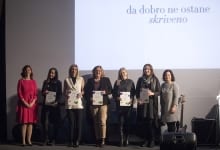 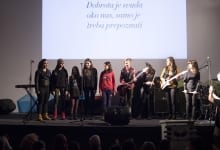 Announced The Winners Of The Jubilee Fifteenth VIRTUS Award For Philanthropy

For the fifteenth time, the Trag Foundation presented the VIRTUS Award for Philanthropy to companies, enterprises, and individuals who supported philanthropic initiatives in long-term...
Read more

“They find solutions in times of crisis, they innovate, and they use their creativity to mobilise people.” After Serbian actress Hristina Popovic in 2019 and...
Read more

Today, the “Roam Like at Home” regime in the Western Balkans enters into force. From 1 July, all roaming costs within the region will...
Read more

Winners Of The VIRTUS Philanthropy Award 2020

Main Award for the contribution on the national level  MK Group LTD for donations totalling more than 1 million euros, intended for the purchase of...
Read more

Corporate Philanthropy In Serbia: The Business Of Good

Philanthropy can be of different types, names, shapes and sizes, but its purpose essentially remains the same. The purpose is to do good for...
Read more