President of the Republic of Serbia Aleksandar Vucic, Prime Minister Ana Brnabic and members of the Serbian government attended tonight a ceremony marking the 70th anniversary of the founding of the People’s Republic of China, held at Sava Centar.

Speaking at the ceremony, Vucic emphasised that China has no partner that it is more reliable than Serbia, or a friend that is more sincere.

Vucic said that many accuse Serbia of becoming China’s greatest friend in Europe, and stressed that this accusation is praise to us because we plan to remain so in the future.

The President said he is proud that Serbia is a significant link in the implementation of the One Belt, One Road project.

He said that the number of Chinese tourists has increased year in year out, with 73,559 arrivals to Serbia in the first seven months of this year and that the number from 2018 is expected to be significantly exceeded. 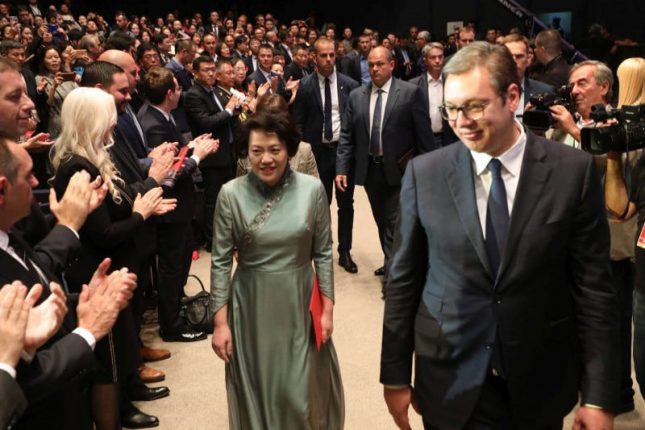 The President said that Serbia today receives both praises and criticism from the international community, but that it is certainly recognised by its friendship with China.

We are proud of this, as well as our European path, our friendship with Russia and many other countries of the world, the President of Serbia underlined.

He recalled that China has always been a principled and constant partner to Serbia in the difficult and unhappy times for our country. 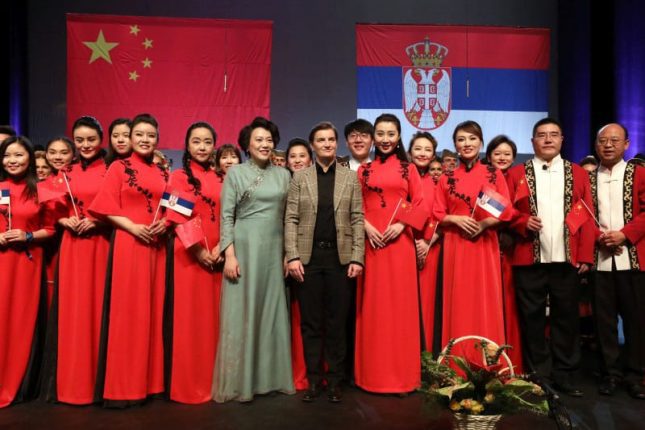 The heroic, suffering gesture of the Embassy of China in Belgrade officials who decided to stay in Serbia during the conflict with NATO will never be forgotten, Vucic said and reiterated that Serbia is grateful to China for supporting our country’s territorial integrity and the resolution of the Kosovo issue, and added that China can count on Serbia’s support in dealing with similar afflictions.

Vucic emphasised that Pupin’s bridge in Belgrade is the first Chinese bridge in Europe, that Chinese partners worked on the section of the Milos Veliki motorway, that the project of modernisation of the Belgrade-Budapest railway is in full swing, and that Chinese friends will make more miles of roads and railway tracks. 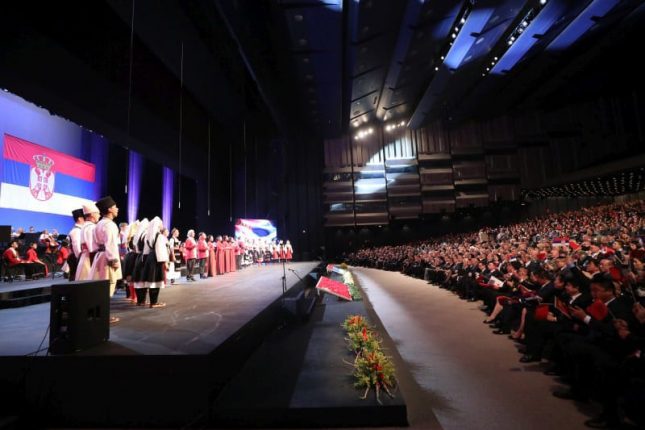 He also listed significant Chinese investments in Serbia – Zidjin in Bor, Shangdong Linglong in Zrenjanin, Mint Automotiv in Loznica, Meit in Obrenovac, and particularly highlighted HBIS, a Chinese company that took over Smederevo’s Ironworks, thanks primarily to the President Xi Jinping.

Ambassador of China to Serbia H.E. Chen Bo stressed that she is firmly convinced that under the leadership of the Chinese and Serbian presidents, Xi Jingping and Aleksandar Vucic respectively, the Chinese and Serbian people will be more firmly united, help one another and achieve a comprehensive strategic partnership between Serbia and China of higher quality. 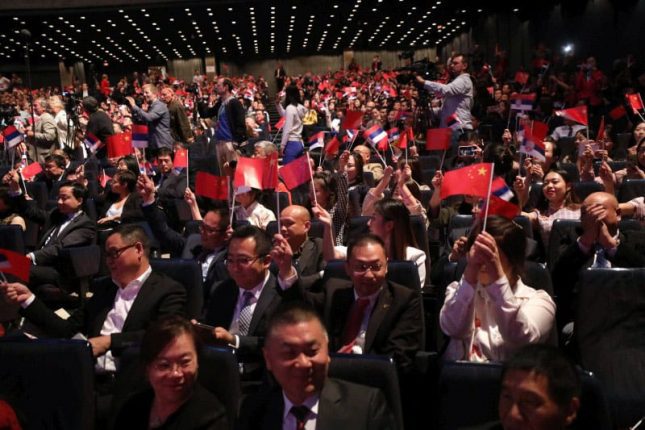 Bo recalled that just five days after the founding of the People’s Republic of China, the new China received official recognition from Belgrade.

During these 70 years, despite changes in the domestic and international environment, Serbia has always supported China’s policies, she said, adding that the Chinese people will forever remember that support.

The Chinese Ambassador said that under the leadership of President Xi Jinping, the Chinese people are moving forward with a belief in its better future and that China’s development will bring prosperity to the whole world.

After the formal addresses, a mixed concert of the Chinese orchestra and the “Kolo“ Folk Ensemble followed. The ceremony wrapped up with big fireworks in front of Sava Centar.