The Serbian national football team defeated Norway in Oslo with a score of 2:0 (1:0) with goals from Vlahović...
Read more
13 February 2016
Facebook
Twitter
Email

Coca-Cola Hellenic has invested over €7 million to modernise and expand its Zemun-based bottling facility, with €4 million alone, spent on building a regional juice centre.

“We believe that our investment in cutting edge technology will bring about a new development era for us, leading to even better results on regional markets,” said Aleksandar Ružević, CEO of Coca-Cola Hellenic Serbia. The centre has an annual capacity of 92 million litres. 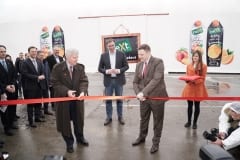 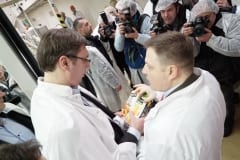 Russia will continue to deepen cooperation with Serbia and to support the protection of its sovereignty and territorial integrity, said Russian President Vladimir Putin...
Read more

Orban Awarded With The Order Of The Republic Of Serbia

Serbian President Aleksandar Vučić awarded Hungarian Prime Minister Viktor Orbán with the Order of the Republic of Serbia, for outstanding services in developing and...
Read more

Serbia can buy electricity from Azerbaijan on favorable terms based on the approved interstate agreement on energy, said the country's president, Ilham Aliyev, during...
Read more