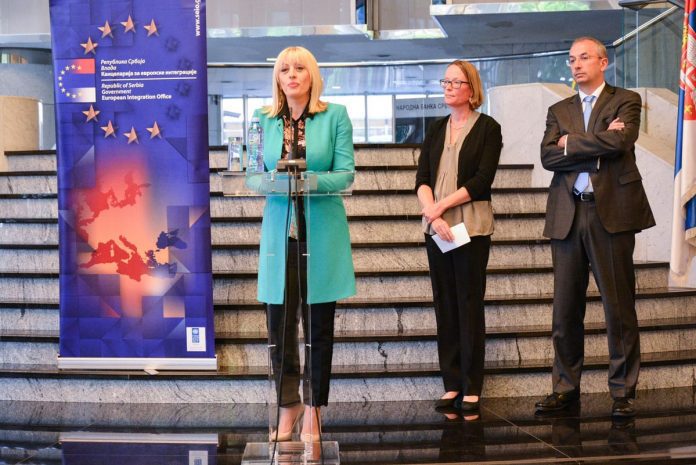 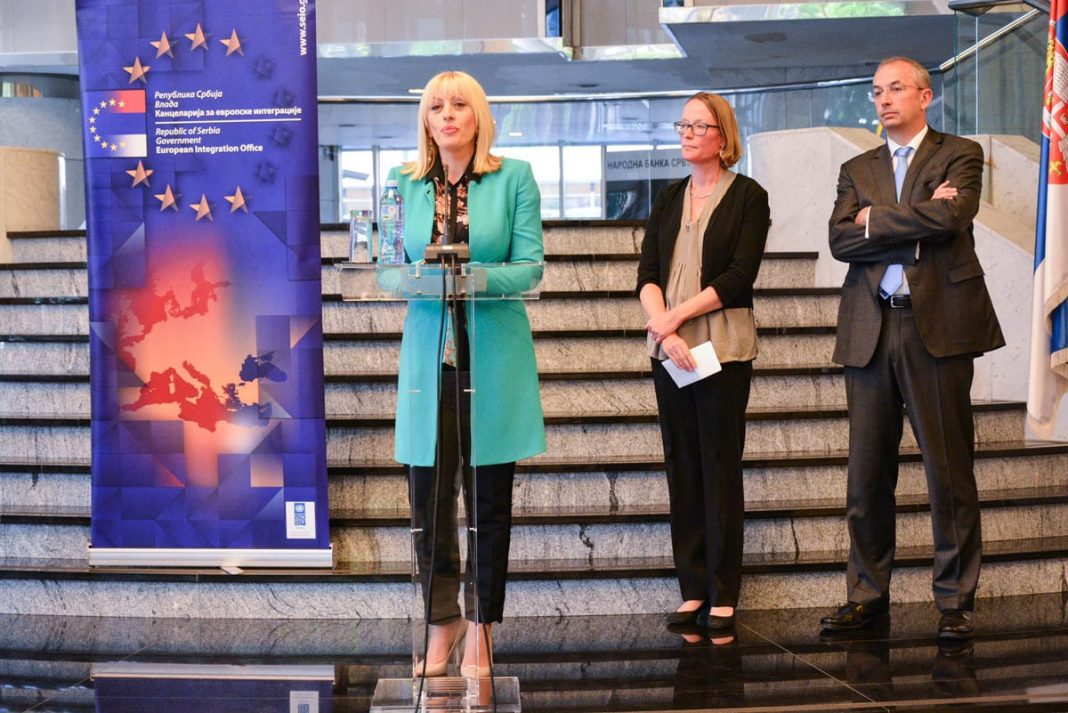 On the occasion of the May 9th, Europe Day, Minister for European Integration Jadranka Joksimović opened a photo exhibition entitled “Applied Nostalgia” in the gallery of the National Bank of Serbia.

In addition to many other distinguished guests, the opening ceremony was attended by Head of the EU Delegation to Serbia Michael Davenport and Deputy Ambassador of the Netherlands Marielle van Miltenburg.

“Applied Nostalgia,” organised by the European Integration Office with the support of the Royal Netherlands Embassy in Belgrade, was conceived as a series of joint exhibitions of photographs by two eminent photographers – one from Serbia and the other from the presiding EU country. 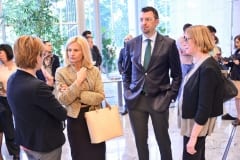 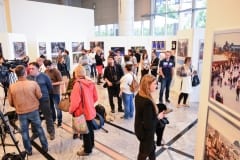 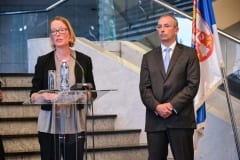 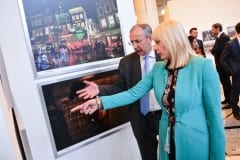 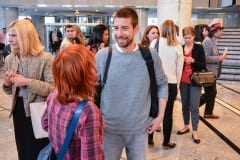