The Ministers of Foreign Affairs of Serbia and Finland, Ivica Dacic and Pekka Haavisto, open an exhibition at the Archives of Yugoslavia commemorating 90 years of diplomatic relations between Belgrade and Helsinki.

Diplomatic relations between the then independent Finland and the Kingdom of Serbs, Croats and Slovenes were established on 7 August 1929.

“Relations between our two countries have always been characterized by mutual respect. I am pleased to say that our relations are excellent today,” said Finnish Foreign Minister Pekka Haavisto. “When it comes to the present and future, the most significant project our countries are working on is the EU enlargement process. EU enlargement is an important instrument for promoting stability, peace and prosperity in Europe.” 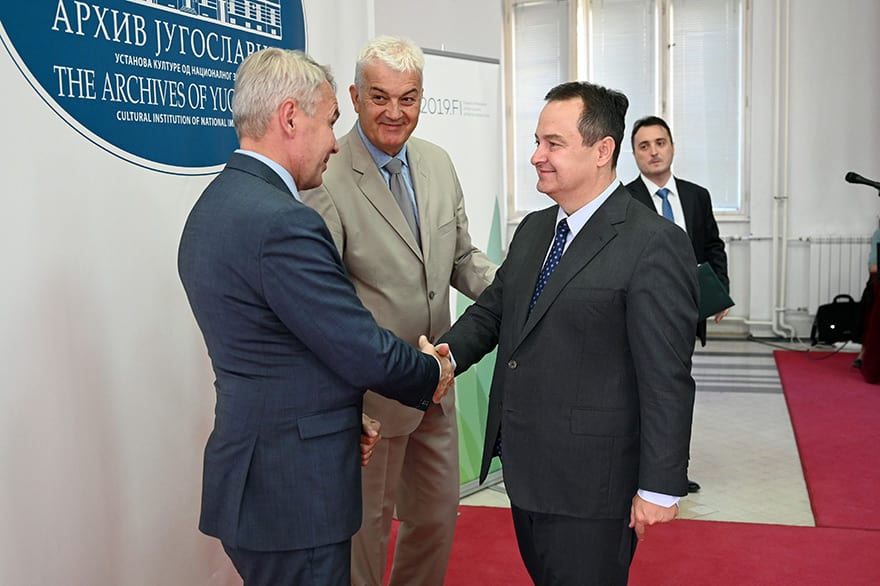 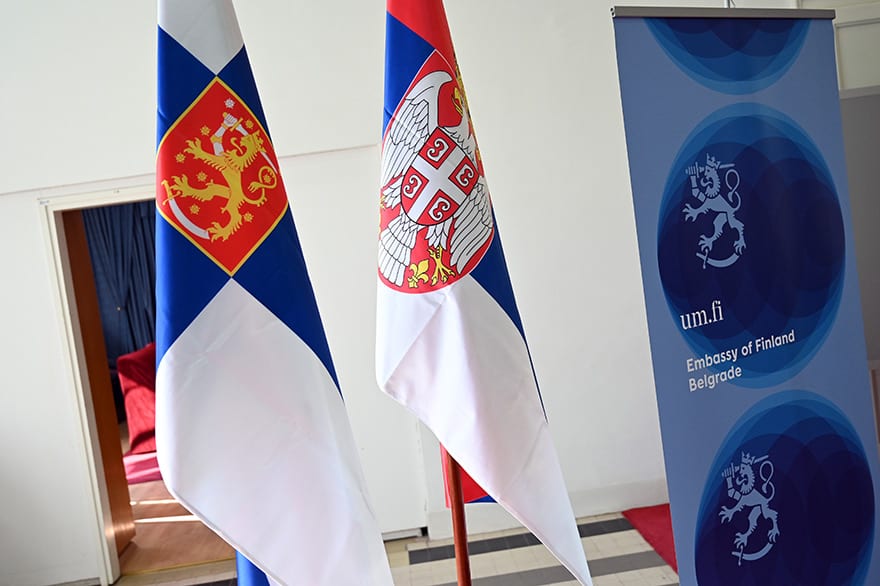 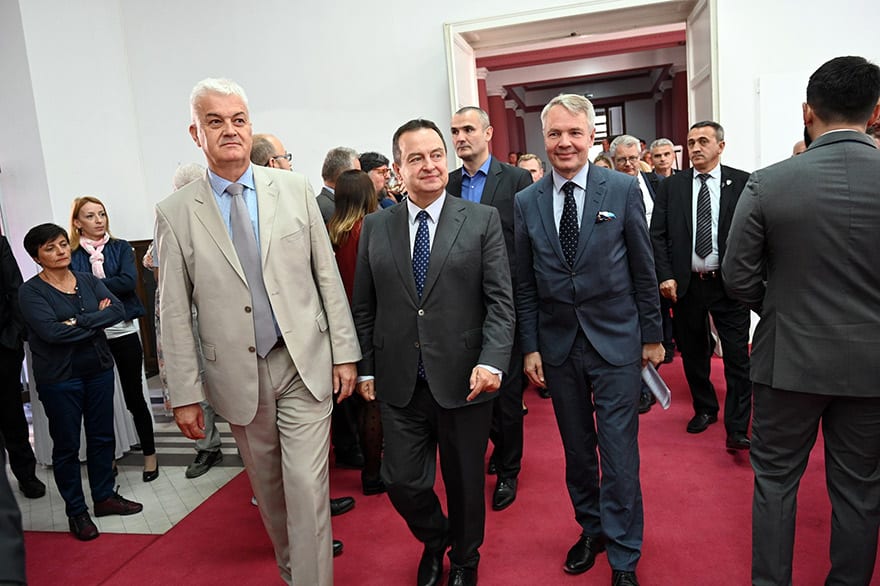 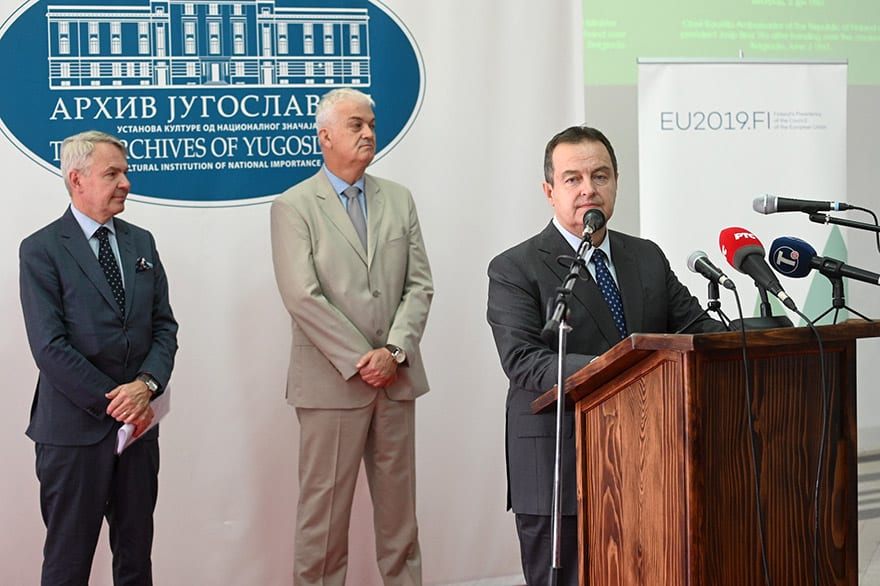 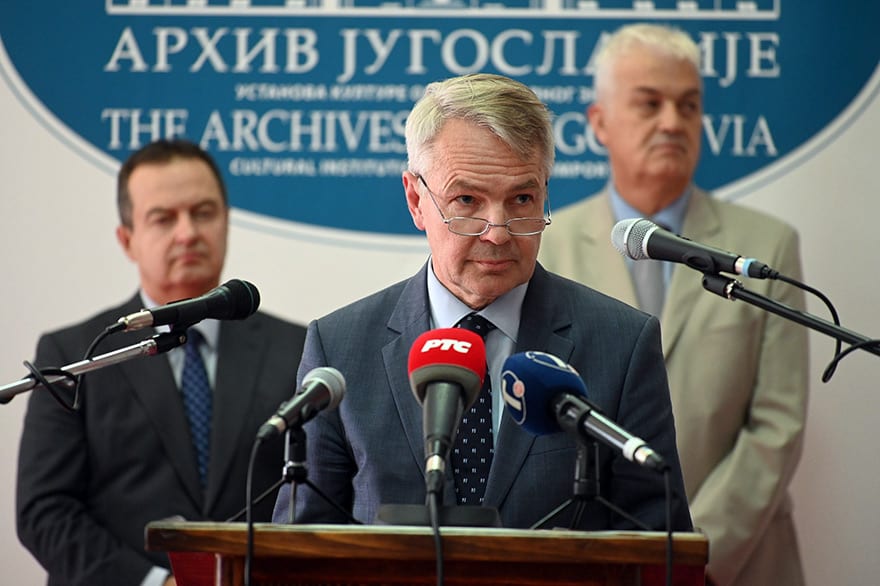 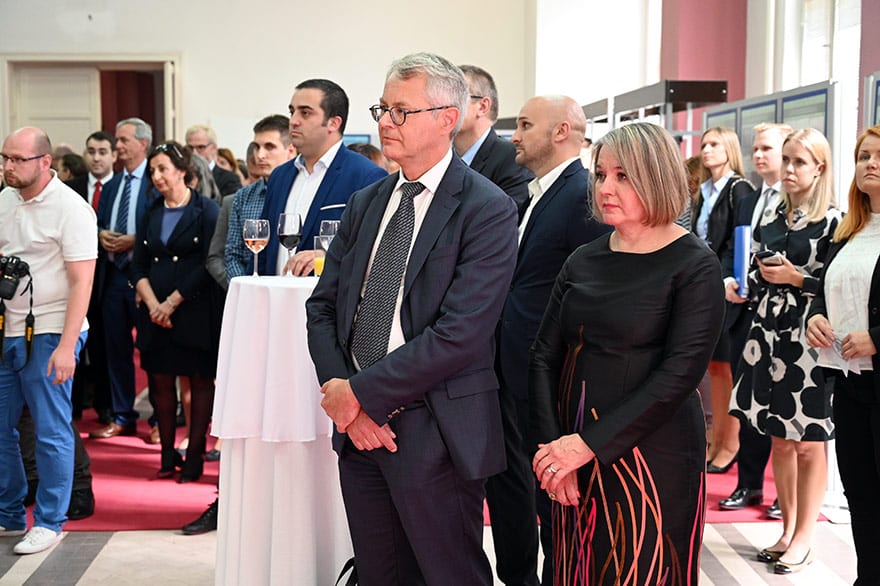 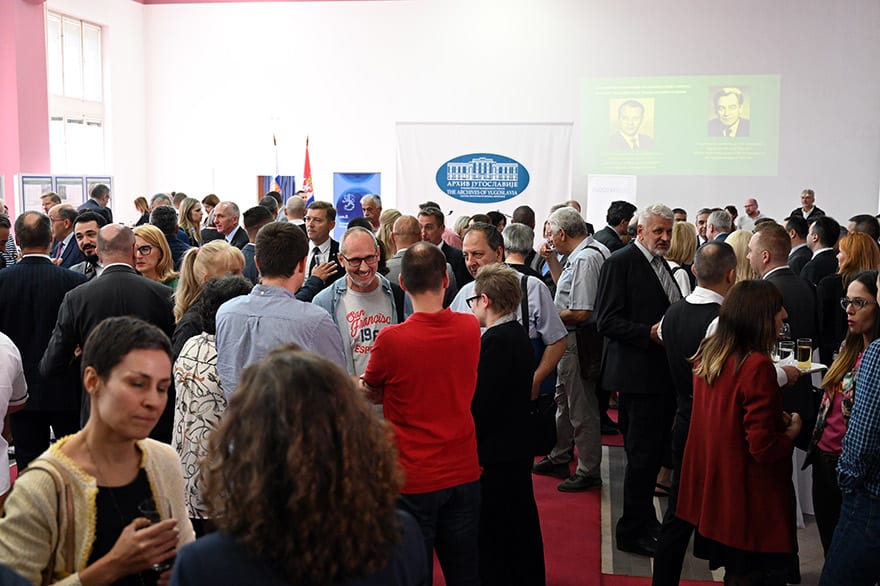 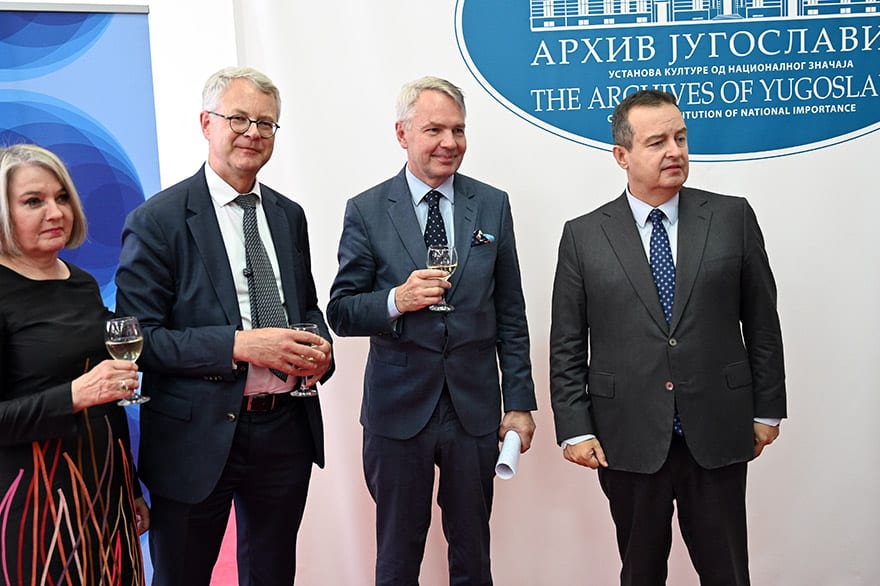 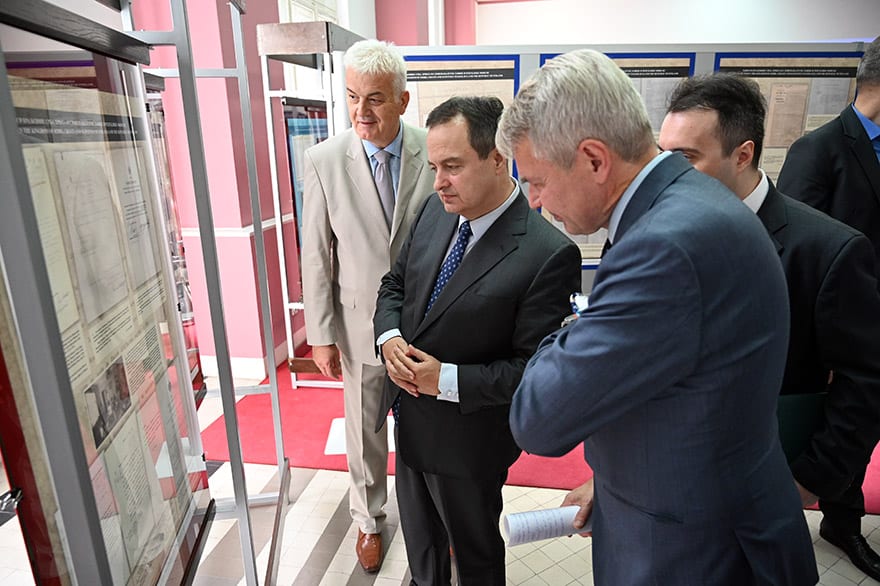 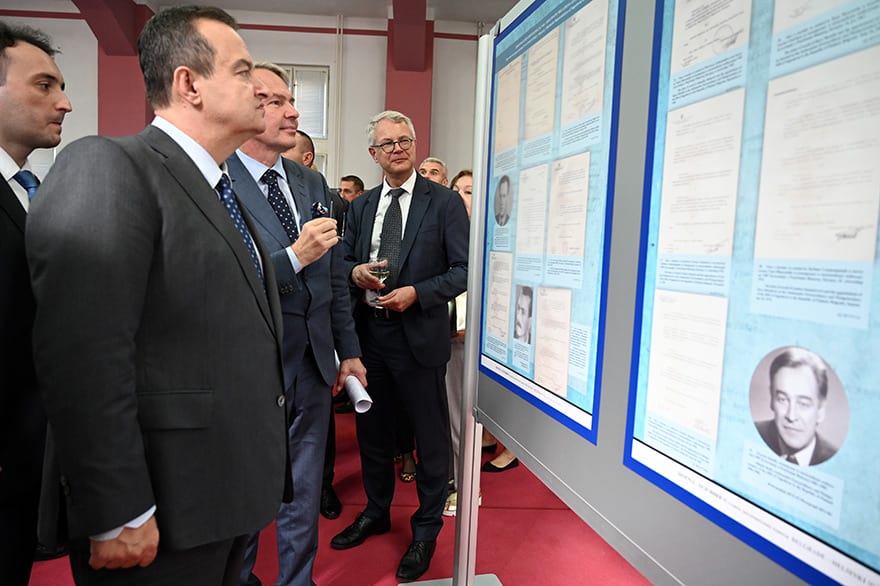 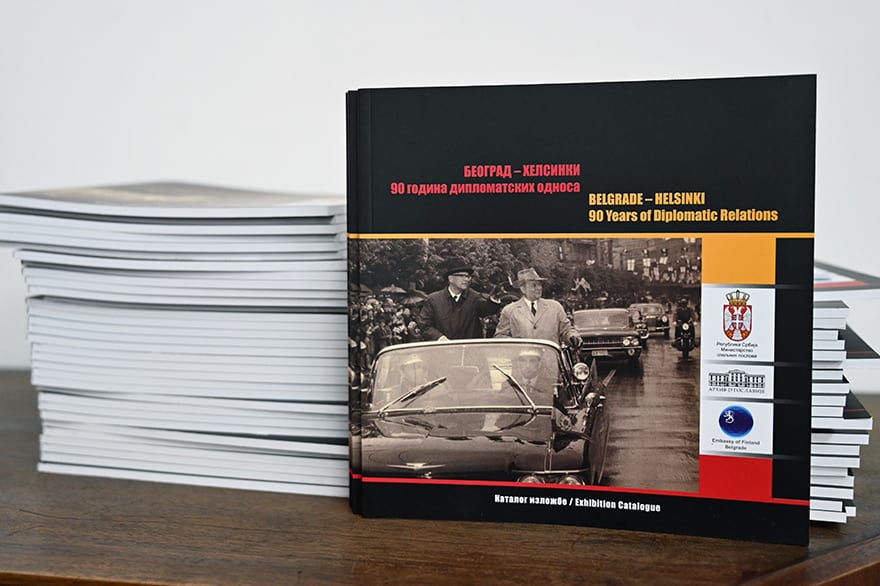 Minister Haavisto also stressed that Finland supports Serbia’s accession to the EU, emphasizing that this process depends mostly on Serbia.

Serbian Foreign Minister Ivica Dacic stressed that after 90 years since establishing diplomatic relations, Serbia and Finland are reliable partners. “At a time when the European Union is going through a process of internal transformation, and other topics are dominating the agenda of the Member States, Finland continues to actively pursue enlargement policy, which is of immense importance to us. EU membership remains our foreign policy priority, and we will continue to make every effort to implement all the necessary reforms,” said Minister Dacic.

The exhibition “BELGRADE – HELSINKI, 90 Years of Diplomatic Relations” presents the history of relations between the two countries through official documents that marked the most important events.

A special focus of the exhibition is on the friendship of two presidents, Joseph Broz Tito and Urho Kekkonen. President Kekkonen has visited Yugoslavia four times, while President Tito has visited Finland twice.

The exhibition was organised by the Yugoslavia Archives, while the Urh Kekkonen Archive in Niinikoski, Finland, provided photographs taken during Kekkonen’s visits to Yugoslavia in 1963 and 1975.

The exhibition will be opened to visitors every weekday until the end of October 2019.

Finland Can Assist Serbia In This Green Transition

Along with other Nordic embassies in Serbia and the Nordic Business Alliance, but also the Nordic Council of Ministers, Finland is sharing its vast...
Read more