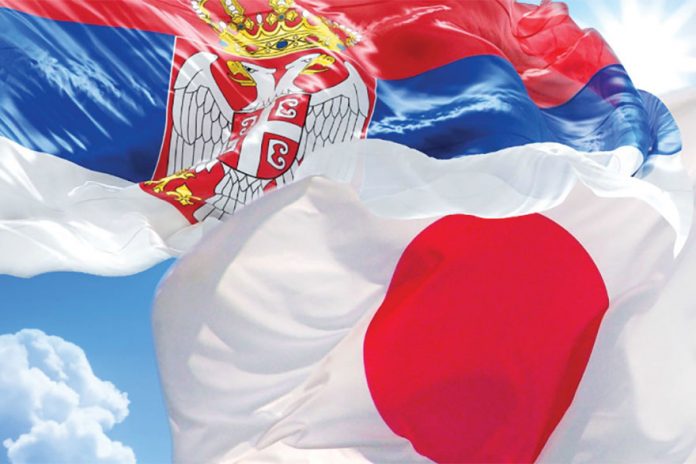 For many years, excellent bilateral relations between Japan and Serbia did not lead to equally successful economic dealings. Today, however, it seems that the tide is gradually turning, with the investment of Japanese company Toyo Tires, one of the world’s largest manufacturers of tyres, representing just the latest achievement. It is also a good omen during a time when the two countries are celebrating the 140th anniversary of their diplomatic relations.

At the end of 2020, Serbian President Aleksandar Vučić received the credentials of newly appointed Japanese Ambassador Takahika Katsumata, who conveyed a message from Emperor Naruhito to him. President Vučić returned the greetings and sent an invitation for the Emperor of Japan to visit our country, emphasising how this would be an exceptional opportunity to mark the 140th anniversary of diplomatic relations between Belgrade and Tokyo.

If the situation permits, a visit of Emperor Naruhito would provide an excellent opportunity to further improve cooperation and the friendship between the two countries.

The two countries have jointly decided to establish the year of 1882, which corresponds with the reigns of Serbian King Milan Obrenović and Japanese Emperor Meiji, as their year of friendship. Bilateral relations between Serbia and Japan have been improving constantly for many years, both politically and economically, with interest in the Serbian market increasing among Japanese investors lately. Japan has, for many years, been among the most significant contributors to Serbia in terms of technical and material donations, with that total valued at 507 million euros over the past 20 years.

If the situation permits, a visit of Emperor Naruhito would provide an excellent opportunity to further improve cooperation and the friendship between the two countries

Following the historic 2018 visit of Japanese Prime Minister Abe, many Japanese investors have come to view Serbia as a significant regional centre for the CEFTA and the Western Balkan areas, which has helped to deepen relations between Belgrade and Tokyo in terms of economic exchange.

Japanese companies increasingly seeing Serbia as a source of highly skilled labour. Furthermore, the remarkable progress made on economic reforms and fiscal consolidation hasn’t gone unnoticed. As a result of diplomatic efforts, as well as the engagement of the Japanese Business Alliance in Serbia, the Japanese business community is well informed about the conditions offered in Serbia.

Foreign trade with Japan has been increasing gradually over previous years, reaching a level of around 200 million euros, which may be more than during the previous period but still leaves plenty of room for improvement.

Beyond economics, there is also an opportunity for the two countries to increase their cooperation even further in the fields of science and technology, innovation and technological development, and sport.

And with sport in mind, we’re really looking forward to the upcoming Olympic Games to be hosted by Japan and would like to wish the competing Japanese and Serbian athletes lots of success.

Environmental groups have said the effort to decommission the crippled Fukushima nuclear plant is hopeless. Some local residents fear it's not safe to return...
Read more