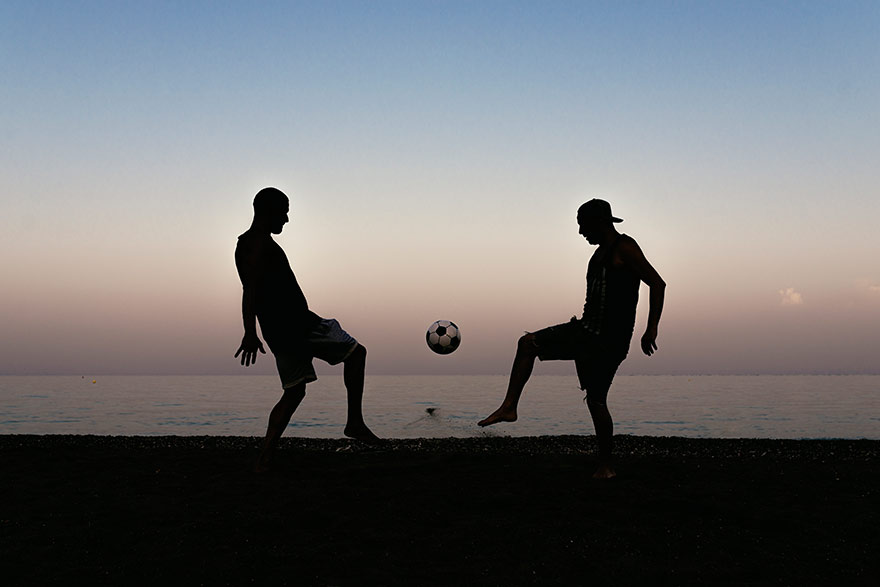 As an overture to the September negotiations between Belgrade and Priština in Washington, a qualification match for the UEFA Champions League was drawn between Albanian champions Tirana and Serbian champions Red Star in Tirana.

Prior the match there was less feeling for the spirit of Vučić’s “little Schengen” and more of a sense of the tension of Serbian-Albanian relations, which were raised to a higher conceptual level when Ismail Morina flew a drone displaying the Greater Albania flag over the stadium in Belgrade on 14th October 2014 during an international football match between Serbia and Albania, which resulted in a conflict between the fans on the field and the calling off of the match.

The Serbian champions arrived in Tirana under the burden of a national obligation to take revenge for the gesture of British-Albanian singer Dua Lipa, who first posted a map of ‘Greater Albania’ on social networks and said that Apple should put it on its map, only to then ‘appropriate’ ajvar chutney (whether only from paprika or also from aubergine) as an Albanian product. Red Star won one-nil without spectators, due to the Coronavirus, but the way they played doesn’t instil any self-confidence, whether in football or politics.

Trump has more or less remedied Serbia’s anti-Americanism, which can mostly be boiled down to an anti-Clinton stance. According to the administration of George Bush Jr., which recognised Kosovo’s independence, there is no special dislike in Serbia, and Condoleezza Rice has been forgotten, unlike Madeleine Albright, who is still fairly despised even today. In August 2016, Trump’s opponent in this coming November’s elections, Joe Biden, who was then vice president of the United States, visited part of the highway from Gnjilan to Uroševac, which leads to the U.S. Bondsteel military base. The Priština authorities named the road after Biden’s late son Beau, who once volunteered in Kosovo.

Albanians in Albania gave a euphoric welcome to U.S. President George W. Bush in 2007. Serbia is ready to welcome Trump in the same way, provided he offers an “honourable solution”, because it’s unlikely that Biden would offer a “more honourable” one.

The Serbian champions arrived in Tirana under the burden of a national obligation to take revenge for the gesture of British-Albanian singer Dua Lipa, who posted a map of ‘Greater Albania’ on social networks

Albanians (from Albania) have won the sympathy of Serbs at least twice in recent history: the first time was when they took up rifles after the collapse of the pyramid savings banks, unlike the citizens of Serbia who displayed no such fighting spirit on that issue, and the second time was during that same Bush visit, when someone from that exalted crowd stole his watch from his wrist.

Among fans of The Simpsons in Serbia, one of the most popular episodes is the one about the “little Albanian”, whose target, as agent Sigurimi, is the nuclear power plant where Homer Simpson works.

Edi Rama’s visit to Belgrade in 2014 was as sensational as Arthur Clarke’s novel Rendezvous with Rama. Prior to his arrival, the most senior Albanian official in Belgrade was Enver Hoxha, who visited Tito in 1947.

Albanian club Flamurtari knocked Belgrade’s Partizan out of Europe during the 1987/88 season, with a spectacular goal by Sokol Kušta at the Yugoslav People’s Army Stadium in Belgrade. Flamurtari was only stopped by Barcelona, with Schuster and Lineker at the Camp Nou stadium. The Albania where Partizan (Valona) played and the one where Red Star arrived recently show Albania’s great leap.

Serbian tourists, who are more regionally flexible and acceptable than “political Serbs”, additionally contributed to Albania not being a “terra incognita” this summer, but rather a potential hit destination. And that is even though there are still those hibernating in Serbia who perceive Albania as if it were the time of “the land of bunkers” and “Flamurtari”.

Serbian tourists who discovered the Bosnian sea in Neum, who – despite the Coronavirus pandemic – set out fearlessly for the beaches of Croatia, Albania and Montenegro, represent great political capital for Serbia.