Ursula Von der Leyen, the new president of the European Commission, has promised to position the European Union as a geopolitical power that is capable of holding its own against the United States and a rising China. But the EU may come to regret any attempt to parlay its economic strength into geopolitical clout.

With former German Defense Minister Ursula von der Leyen assuming the presidency of the European Commission, the European Union now has a new executive. Von der Leyen has promised to lead a “geopolitical” Commission, believing that Europe needs to be more assertive in its relations with other countries, and more hard-nosed in pursuing its own interests around the world, particularly vis-à-vis the other large powers.

Because the EU lacks an army or a central secret service, it must use economic policies to achieve its geopolitical aims. But the way Europe’s policy toolkit works in practice suggests that it is not well suited for exercising power abroad.

The EU’s most important policy tool is trade, which is one of the few areas where the bloc acts as one. The EU has traditionally run its trade policy along conventional commercial lines, with the goal of maximizing market access for European exporters and protecting certain domestic sectors (particularly agriculture). Could this policy be tweaked for geopolitical purposes?

A closer look at concrete examples suggests not. After all, the EU should be opening its markets to agricultural imports from northern Africa, to foster growth in that struggling region and stanch the flow of economic migrants into Europe. But opposition from Italian, Spanish, and other olive growers has blocked this option.

As these and many other real-world examples show, bending commercial principles for geopolitical aims simply is not compatible with a rules-based multilateral trading system, not to mention the WTO’s principle of “non-discrimination.” In fact, subordinating trade policy to a broader geopolitical agenda would require the EU to disregard the very principles that it has repeatedly pledged to uphold and defend. 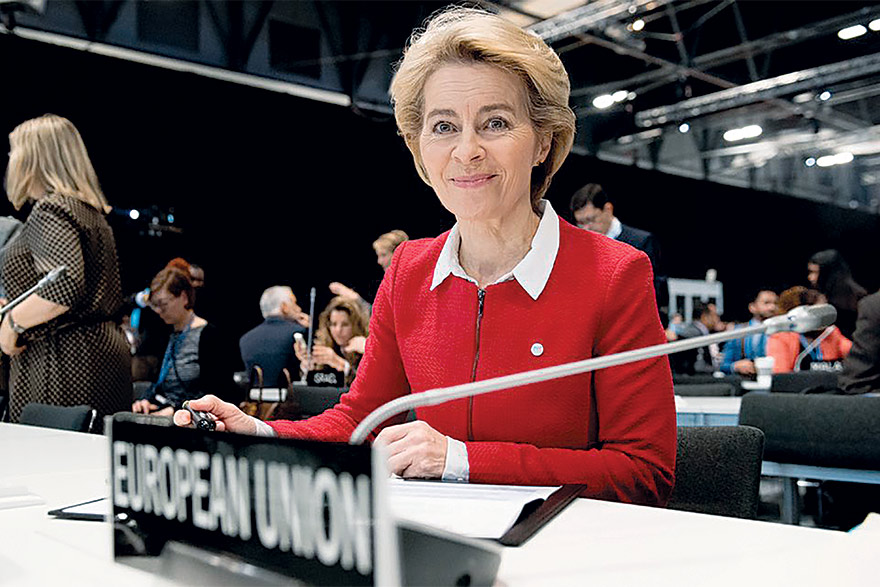 Another area for the potential (mis)use of economic levers concerns Europe’s “near abroad.” Many in Europe fear that by providing cheap finance for infrastructure projects across a wide range of countries, including some EU member states, China’s “Belt and Road Initiative” (BRI) is gradually encroaching on the continent’s periphery. But, again, one must ask whether this challenge justifies setting aside good-governance principles.

Consider the case of the Balkans, where the EU itself supports many construction projects. Each of these projects undergoes rigorous cost-benefit analysis, and in a mountainous region with weak local economies, the cost of building roads or railways is high. Proposals for new superhighways to connect relatively small population centers may have the support of local politicians, but they simply do not make economic sense. As such, the EU’s financing institutions – the European Investment Bank and the European Bank for Reconstruction and Development – generally counsel against such projects.

Proposals for new superhighways to connect relatively small population centers (Balkan countries) may have the support of local politicians, but they simply do not make economic sense

By contrast, the Chinese have proven more than willing to build “highways to nowhere.” If the EU followed suit and started financing white elephants in the Balkans in order to keep those countries close by its side, whatever goodwill such projects initially generated would evaporate as soon as the costs of maintaining them and servicing their debts came due. Many countries that have signed up to the BRI can already attest to this.

Moreover, one must remember that better connectivity in goods, services, capital, and people along the EU periphery is not always synonymous with faster local growth. By strengthening agglomeration effects, deeper economic integration can reinforce the tendency of talented, more educated people to leave their home country for opportunities elsewhere.

The one area where the EU could feasibly leverage economic means for geopolitical ends is development aid. The EU itself is the world’s fourth-largest aid donor, and its member states collectively spend three times more on aid, accounting for more than half of the OECD’s official development assistance. The countries that receive the bulk of EU ODA – Pakistan, Syria, Afghanistan, Ethiopia, and Somalia – also tend to be the sources of the most migrants.

The EU thus has a vital interest in helping these countries prosper.

But corruption and economic mismanagement, not a lack of aid funds, are holding these countries back. So, while Europe could channel ODA to a few favored countries in a bid for influence, it would risk propping up corrupt elites who have done nothing to foster development. Meanwhile, EU money could have a significant positive impact in other countries with less geopolitical importance. If these countries miss out on funds they otherwise would have received, EU development assistance will have become less effective.

In economic terms, the EU is still of a comparable size to China or the US, which is why it is tempting to think that its economic strength could be parlayed into geopolitical power. The EU would have to abandon some of its core principles to go down this road. Would it really be worth it?

The Author is Director of the Centre for European Policy Studies.