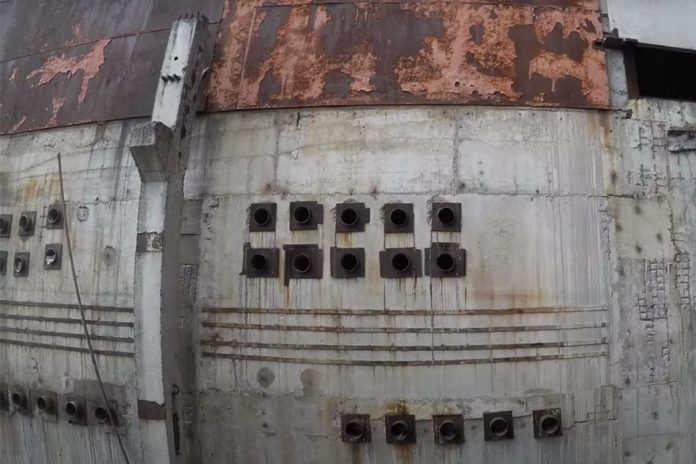 Inside Chernobyl: Elios 2 Drone Sent Into Reactor On Inspection Mission 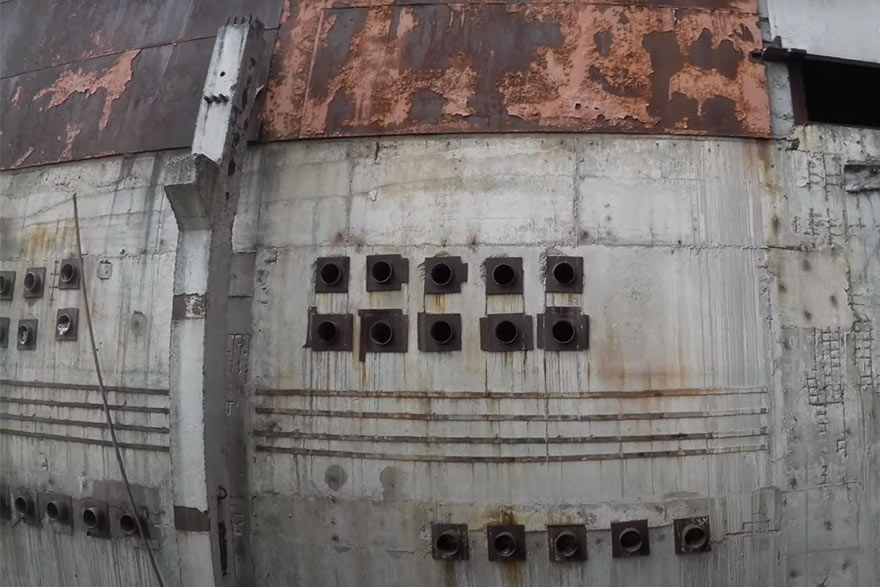 Researchers at Chernobyl used the Elios 2 to determine that no nuclear waste was present in Reactor Five for the first time since the 1986 disaster.

Inspection firm Flyability has revealed how last year it partnered with DroneUA to conduct a mission at the Chernobyl Nuclear Power Plant with the goal of determining whether nuclear waste was present in one of the plant’s decommissioned reactors.

At the time of the 1986 disaster, the fifth block of the Chernobyl Plant was under construction and nearing completion. Given the rush to leave, there was no record of whether the holding pools in Reactor Five had ever received the depleted uranium fuel bars for which they had been made.

Thirty-three years later, Chernobyl’s decommissioning team needed to know whether there was any nuclear waste within Reactor Five. To this end, the team wanted pilot’s from Flyability to conduct a mission within Reactor Five to determine whether any nuclear fuel bars were present, and whether the primary equipment that would have been used in the reactor had ever been mounted.

The Elios 2 is commonly used for inspections at nuclear power plants, where it can help improve safety and significantly reduce turnaround times (i.e., the amount of time the plant is shut down for inspection and maintenance purposes). However, this was the first time a Flyability drone was involved in efforts to decommission a nuclear power plant.

“The Chernobyl mission was stressful, because the wall we had to fly over was 70 meters [230 feet] high, so there was no way we could get the drone back if the signal was lost,” said Charles Rey, the Training Manager at Flyability and one of the mission’s leaders.

“But the mission was a great success, and the people in charge at Chernobyl were very happy with the video and images we were able to collect inside Reactor Five.”

Although the reactor is structurally sound, access to the areas within it where nuclear waste might have been stored was impossible because the entries were too high off the ground. To conduct the mission, Flyability pilots stood in the middle of the reactor, in a pit that was about 25 meters (82 feet) deep—a location that would have been inaccessible if the reactor was still active.

Using the Elios 2, pilots were able to fly into Reactor Five and collect enough visual data to determine that the pools were empty and there was no nuclear waste present anywhere inside.

These findings were significant, since no evidence that the holding pools were empty had ever been gathered before. Following the mission, the Chernobyl decommissioning team planned to include the visual evidence collected by the Elios 2 in a report submitted to international authorities regarding the status of the plant’s reactors.

Prime Minister Ana Brnabic today spoke with representatives of the digital community, IT and innovative companies and startups about how they can help propose...
Read more

Senior German officials are working on changes to foreign trade regulations to ensure that key technologies remain in German hands. These would include government...
Read more

US and Chinese Tech Must Thrive Together

For years, Chinese entrepreneurs would speak bashfully about the Chinese technology ecosystem, saying they just wanted to learn Then, in 2014, Alibaba’s initial public offering...
Read more

The Best Of CES

Consumer Electronics Show (CES) is the world's gathering place for all those who thrive on the business of consumer technologies. It has served as the proving ground for innovators and breakthrough technologies for 50 years — the global stage where next-generation innovations are introduced to the marketplace
Read more

New Samsung Galaxy A3 And A5 In Serbia