According to the latest estimates of the Geological Survey of Serbia (GZS), which were made in 2000, Serbia has...
Read more
25 February 2020
Facebook
Twitter
Email

India is the world’s fifth-largest economy after the USA, China, Japan and Germany. Presently, it is a USD 3 trillion economy. India has set itself the target of USD 5 trillion by 2024. India has achieved the average economic growth of 6.9% over the last five years. 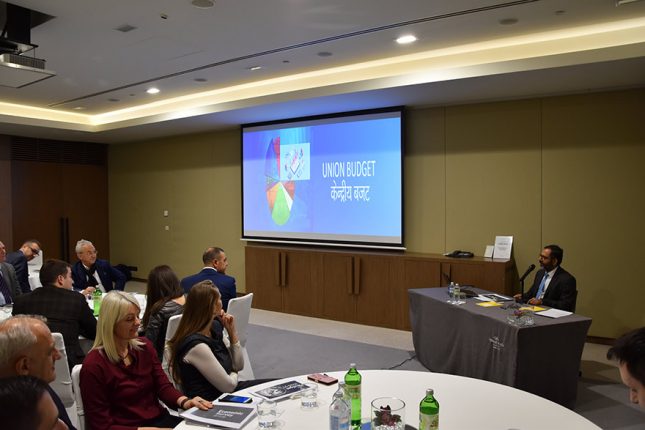 Fundamentals of India’s economy remain very strong with structural reforms, inclusive growth and well-contained inflation. As per the World Bank, India is ranked 3rd globally according to the number of newly created firms. India has received USD 284 billion in FDI between 2014-2019. In the previous five years, i.e. 2008-2013, India received USD 190 billion in FDI. There was a 15% jump in FDI inflow to USD 26.1 billion during the first half of 2019-2020. Services and ICT sectors were the main beneficiaries of these FDI inflows. India has also been a major beneficiary of remittances. It received USD 38.4 billion in remittances from overseas Indians during the first half of 2019-20, which was 50% higher than in the previous year.

The clean-up of public sector banks, recapitalization of banks, and facilitation of exit for companies through the newly created Insolvency & Bankruptcy Code (IBC) are underway. The historic reform and introduction of Goods and Services Tax (GST) have integrated India economically. 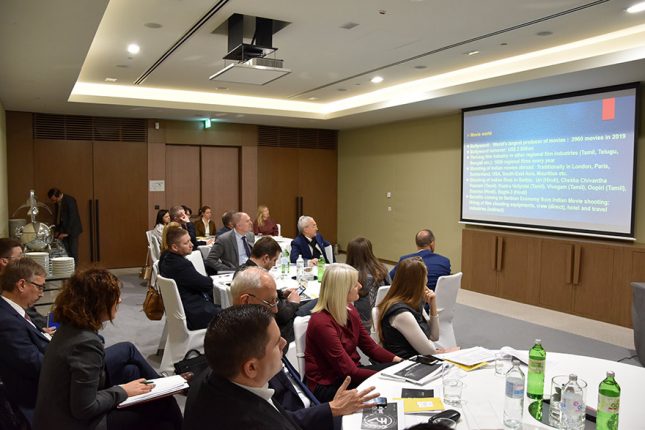 In the Budget 2020-21, there has been a very strong focus on agriculture, irrigation and rural development. The sum of USD 28.18 billion has been allocated for this purpose. Social welfare programs for education, health, skill development, nutrition, and cleanliness continue to get large allocations. Infrastructure is another high priority area.

The Government of India launched the National Infrastructure Pipeline under which USD 1.4 trillion will be invested during the next five years.

The Ambassador also highlighted that there are possibilities for Serbia to benefit from India’s economic growth. In 2019, India’s annual global imports stood at USD 514 billion. India’s imports are driven by consumer needs of a growing middle-class numbering over 200 million (comparable with the size of the EU market). India’s import items that could be of interest to Serbia are agricultural products (annual import: USD 16.9 billion). The list also includes fresh fruits like apples, edible oil, paper and paper pulp, wood etc.

The Ambassador also enumerated potential areas for imports from India and technology tie-ups with India. These areas are agriculture machinery (India’s participation in the International Agricultural Fair in Novi Sad in 2019 and 2020); information technology; pharmaceuticals; food processing (scope for use of Serbian technology in India –
Serbia’s participation in the World Food India 2017). Particularly, during the current slowdown and disruption in global supply chains, India can be a reliable partner.
Indians are also major foreign travellers. In 2019, 26 million Indians travelled abroad for tourism and leisure.

Focus on group tourism, tourism/conference package for senior management/dealers/corporations, combining Serbia in the packages for Greece, Turkey, Switzerland, Italy and other popular tourist destinations in Europe could substantially increase Indian tourists to Serbia.

In recent years, the shooting of Indian films in Serbia has set a new trend among Indian filmmakers. Bollywood is the world’s largest film producer with about 3000 films produced in 2019. It is generating revenues of over USD 2 billion.