Zrenjanin Town With a Great Future

Zrenjanin’s free zone is one of the most attractive investment locations in the world. Following research conducted by FDI Intelligence (the Financial Times), the Zrenjanin-Southeast Free Zone was ranked 48th among the top free zones in the world in terms of investment appeal. This research covered 600 zones in over 120 countries

Zrenjanin has one of only 14 industrial zones in Serbia. It spans three different locations – Southeast (51 hectares), Bagljaš (40 hectares) and Cvetna (6 hectares). These locations are fully equipped and ready to accept new investors. As the motor that drives the economic development of Zrenjanin, these zones are supposed to facilitate faster industrial development, infrastructure construction, new technologies, the acquisition of know-how, employment and better living standards for the people of Zrenjanin and the entire region.

How many investors currently operate in these zones; what is the total value of concluded contracts and how many new jobs have been created?

– Apart from domestic investors, we also have foreign ones, including joint Russian- Serbian company “Crown”, which invested €8 million in a food processing facility. Italian company Tecnostrutture, which is headquartered in Belgrade, is building a production facility here. This company produces steel structures, mainly for the petroleum industry, and the value of the initial investment is close to €4 million, while the company plans to invest a further €6 million.

The Southeast industrial zone spans 72 hectares, has a relevant infrastructure and can be extended to include an additional 1,100 hectares of land. At present we have 30 hectares available.

In addition, we have built the Bagljaš- Elemir industrial zone, which is located in close proximity to the Zrenjanin-Novi Sad regional road. Several companies are doing business there, including Italian companies Modital, Geze, and Fulgar, as well as German company Draexlmaier, which is currently the biggest company in Zrenjanin and the biggest exporter in the Zrenjanin Free Zone and Central Banat region. The company has 3,500 employees and is currently building a third production hall spanning 14,000 square metres.

Thanks to contracts concluded with investors between 2013 and 2015, a total of 1,600 new jobs were created. Once the remaining contracts have been implemented, another 200 new jobs will be opened.

Do you plan to build more industrial zones and are new investors coming to Zrenjanin?

– There are still locations available in our existing zones for interested investors. Of course, we have several investors interested in coming to our city, because we have been promoting it successfully as a good place to invest. We have also been trying to create a good business environment for investors in our town. If there is a need to expand our zones, I am confident we will also achieve that successfully.

The financial times declared the Zrenjanin free zone the best zone in Europe, in terms of incentives for investors. Our zone is also the recipient of the brand leader award

Apart from industrial zones, Zrenjanin also has one of only 14 free zones in Serbia. How important is this free zone for the town?

– We are very proud of our free zone. It was established in 2005 and there are currently 13 companies operating there, including Swedish company LK Armatures and Slovenian company Kolpa. Apart from these companies’ turnovers, it is important to mention that they have hired over 3,000 local workers.

The free zone spans 90 hectares and comprises three locations in the town. The biggest location is Southeast Ečka, which covers 50 hectares, followed by the Bagljaš location (40 hectares) and the location in Cvetna Street (6 hectares).

The Financial Times declared the Zrenjanin Free Zone the best zone in Europe, in terms of incentives for investors. Our zone is also the recipient of the Brand Leader Award which was presented to us by Transport & Logistics of Southeast Europe and the Danube Region (TIL) Business Conference.

The Zrenjanin Free Zone is one of 14 free zones in Serbia. Companies can cut their costs by up to 40 per cent by opting to do business in free zones.

What is your secret when it comes to attracting investors?

We try to create a good business environment for investors and our industrial zones have the complete infrastructure. Investors can also use offices in our Business Incubator. 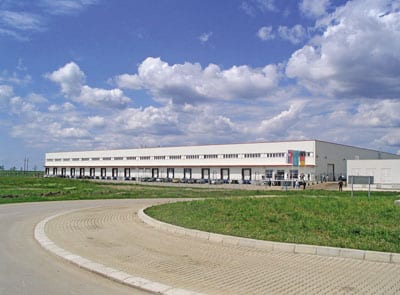 They are given both administrative and technical assistance with the issuing of permits and we provide financial incentives (30% reduced the price of land if they make a one-off payment and exemptions from paying contributions for production activities). We have also extended the area of the Zrenjanin Free Zone.

Thanks to all of the aforementioned activities, we have received many international awards, but the most important thing is that several investors here have decided to extend their capacities – like Draexlmaier, which has done that three times already, or Italian company Fulgar, which is now expanding its production halls for the fourth time.

Zrenjanin is predominantly an industrial town. Which industrial branches are the most developed here? Is there room for further development and what other branches can become a driving force behind the town’s economic development?

– Back in the day, Zrenjanin’s industry had the entire Yugoslav market at its disposal. However, that market disappeared and then problems with transition and privatisation came, all of which combined to force many great companies to die out. However, we have been trying to recapture some of that old glory in Zrenjanin. Production is the predominant branch here, while great opportunities also lie in agriculture, the food industry and, as of late, in the IT sector too. We have great IT potential and educated young people in this town, which has prompted interest among investors.

Our Mihajlo Pupin Technical College has great courses for future computer programmers and IT professionals. Joint Dutch-Serbian company LEVI9 Global Sourcing Balkan has been operating in Zrenjanin since 2014. This is the first IT company to lease business premises in our town, while there are indications that an IT company from Novi Sad – founded and owned by a Zrenjanin local – will open a branch office here.

What about the SME sector? Does the local government invest in SME development and, if so, in which ways?

– Of course, we care about small businesses as much companies that have hundreds of workers Let me remind you that the Serbian Government declared 2016 the Year of Small Business. The City of Zrenjanin has been implementing several projects in accordance with the Government’s goals, especially those that involve educating young people on entrepreneurial skills and how to launch a new business.

Together with my colleagues, I have set up several meetings with businesspeople from Zrenjanin so that we could discuss their problems and needs. The local self-government will do everything in its power to help them, as we want both domestic investors and SMEs to be supported in the best possible way.

How would you describe the overall economic image of Zrenjanin? What can be done to increase employment, engage available capacities and boost economic potential?

– The economic image of Zrenjanin has been changing for the better in the last few years and investors in our zones have certainly contributed to this positive trend. However, bearing in mind that there are a lot of unemployed people here, according to the National Employment Office’s records, we are not happy.

We are going to work on improving the efficiency of the local administration, with myself at its helm, promoting our town’s potential and finding development opportunities in new segments. All of this will be done with the aim of providing the best possible living conditions for the people of Zrenjanin.

It is important to mention that most of the projects stipulated in the Development Strategy for Zrenjanin we have drafted pertain to the economy and the development of the town, its economy and agriculture.

How have you contributed personally to promoting and developing this town since you took up this leadership post?

– When I was appointed mayor I promised that I would work on improving living conditions in the town. That was my promise to my fellow citizens and this is what I have been working on. My associates should also be commended for everything that has been done so far, and I thank them for the support they give me.

I have also emphasised that my biggest task is to move the city forward and create conditions conducive to employing as many people in Zrenjanin as possible, as this has been one of our town’s biggest problems. I think I have been successful in that. Zrenjanin has a future. I am absolutely convinced of that and that’s the direction in which we are headed.

From Tourism and Agriculture to Industrial Park and Good Infrastructure

The Municipality of Bela Crkva has developed a comprehensive assistance and support programme for existing and potential investors that is implemented via the Local...
Read more

Ample Capacity For Development and Investments

The current economic situation in Kraljevo is exceptionally difficult and is actually the result of the failed privatisations of companies Magnohrom, Fabrika Vagona and...
Read more

Boban Janković, President Of The Municipality Of Mionica

Our plans are serious and ambitious and in order to realise them we need to overcome all of the problems we encounter. I would...
Read more

The Šabac Free Zone offers everything that an investor might need – from providing land with complete infrastructure and brownfield investments, to ensuring efficient...
Read more

The Municipality of Vladimirci, located in the Posavsko-Tamnavski District, comprises 29 towns and villages. According to the 2002 census, some 20,373 people live in...
Read more

Thanks to its geographical position in the tristate area between Serbia, Croatia and Hungary, the town of Sombor has all the necessary prerequisites to...
Read more

Priority on Infrastructure and Industrial Zones

The development of the economy in the municipality of Bela Palanka lies in the hands of a dozen companies that are leaders in the...
Read more

The municipality of Kučevo is located in Northeast Serbia and belongs to the Braničevo District. It occupies the lower part of the River Pek...
Read more
Cord MagazineLeaders Meeting Point