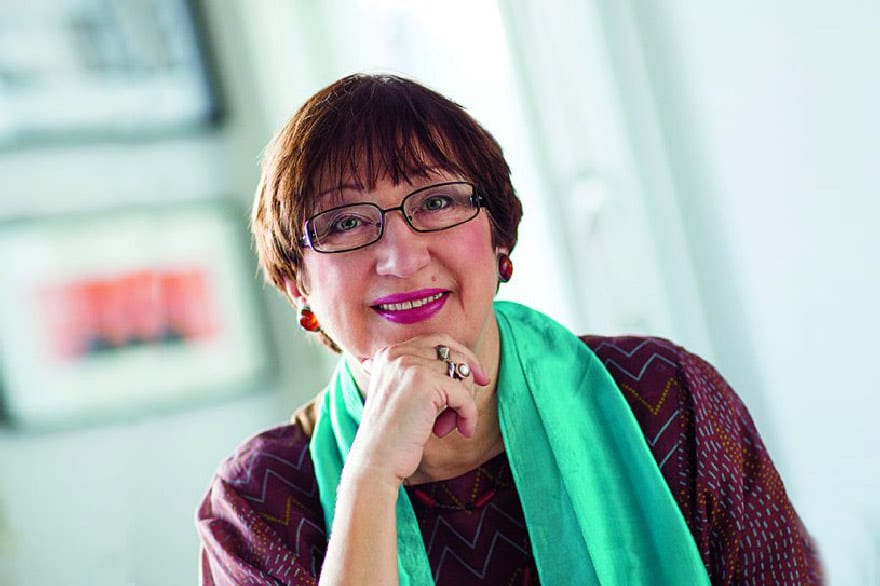 My interest in issues related to cultural policy began back during my studies, when various professors highlighted the state’s attitude towards creativity, from control and censorship to assistance and support. Dejan Kosanović, professor of film organisation, surprised us by talking about film as an industry that works for the benefit of the state or major film corporations. Back then we were so thrilled by the works of Fellini, Buñuel and Tarkovsky that we didn’t want to accept that film is a product.

It is thus no surprise that my master’s thesis dealt with the institutional system of the cultural policy of France, given that it is in France in particular that debates are held and solutions sought to many cultural policy issues.

The history of the theory of cultural policy in Serbia deserves to be written, because we were the first country in which master’s degrees and doctorates  were awarded in cultural policy was launched – Kultura

What I learned back then is that culture is a public good and that access to cultural goods should not be denied, rather – on the contrary – cultural policy is obliged to find ways and opportunities for every individual citizen to participate in cultural life in accordance with their own wishes and interests. The state must not favour that which is already favoured by the market, rather it is obliged to primarily support those minority cultural expressions, regardless of whether they are in the minority because they belong to a minority social group, or because the use of new expressive resources isn’t easily legible and acceptable for the wider audience.

Thus, on the one hand, cultural policy is today often led routinely and without much imagination from the government and various levels of state bodies, while – on the other hand – Serbia’s independent culture scene and numerous individual actors establish a domain of dialogue in which values clash and discussions are led about the true position of art in society, but also about the broader issues of the role of art in the realisation of transitional justice.

My last book, Art and the Culture of Resistance, which is dedicated to the resistance of the ’90s, speaks precisely about artistic actions and the organisations that lead this independent cultural policy, a policy that opposes the ruling norms of the nationalisation of culture, the abuse of culture, commercialisation, ‘festivalisation’ and commodification.

New studies are needed, and new analyses of cultural policies. In my book, which has unfortunately only been published only in French as Vers les nouvelles politiques culturelles, I strive to provide answers in order for an engaged practice of cultural policy to be established. Without much nostalgia, but with great respect, I recall the times when the cultural policy was an important social topic that had – in Belgrade and Zagreb – two centres of cultural policy, and through cultural and educational communities different cultural actions were led throughout the territory of the entire country.

For 15 years already, the UNESCO Chair in Cultural Policy and Management of the University of Arts in Belgrade has had a master’s programme in English and French, with over 200 students from 30 countries worldwide have earned their master’s degrees to date. I consider these kinds of programmes as being key forms of cultural diplomacy (and not the multi-million-euro illuminating of Belgrade with New Year’s lighting) because the knowledge, values and perspectives that have been achieved in our community are spread, via the alumni, worldwide and themselves become pivots of future cultural communication.

Are you a public institution in the field of arts or culture, or a local or international non-governmental organization (NGO) with a project that...
Read more

The Hidden World Of Parisian Interiors

The history of Paris is so vast and rich that it would take an entire lifetime to write about the city’s most historic building...
Read more

Serbia’s history has seen plenty of ups and downs, and the many glorious monasteries of the nation have seen it all. Dotted around the country...
Read more

Culture Is Not a Luxury

On April 23rd, over 130 Ministers and Vice-Ministers of Culture joined the online meeting convened by UNESCO to discuss actions to bolster the cultural...
Read more

Serbia has achieved substantial progress, but the implementation of real reforms is crucial. A credible market economy, rule of law and an empowered civil...
Read more

Many EU member states must actually solve serious internal problems, and that creates space for different political options to also present themselves with some...
Read more

Whether or not Serbia will free itself in 2019 of the shackles of the Kosovo problem - the alpha and omega of its foreign...
Read more

The European Research Council funds excellent scientists and their most creative ideas support cutting-edge research in all fields and help Europe to attract and retain the best researchers of any nationality. Despite their potential, there still aren’t many Serbian researchers applying to this exciting programme
Read more

Iva Petrović, Director Of The Nordic Business Alliance In Serbia

As I embark on my new journey at the Nordic Business Alliance, I’m grateful for all the opportunities I’ve had in my life and...
Read more

I recently succeeded, while managing the Prehistoric MetaHuman project, to realise one of my childhood dreams: to encounter a prehistoric man face to face....
Read more