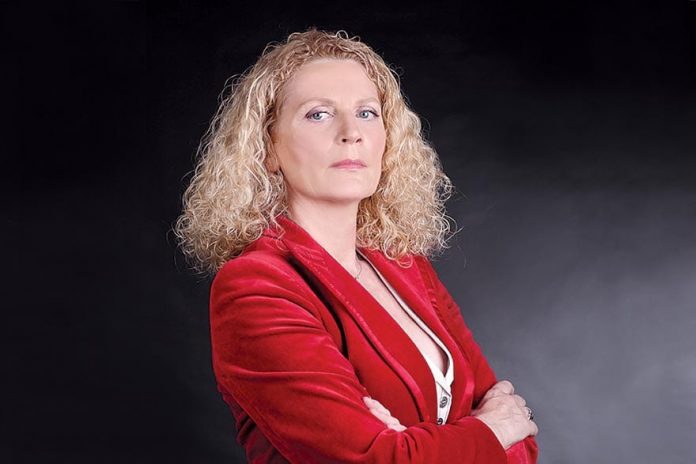 I spent ten years as an associate of news magazine NIN, served as editor-in-chief of Bazar and Jefimija, wrote as a columnist for ELLE magazine… On TV Belgrade I was the author, screenwriter and host of the series ONA [HER], Kino oko [Cinema eye], Nedeljno popodne [Sunday afternoon], Noćni program [Nightly programme], Modni magazin [Fashion warehouse] and Novinarske radionice [Journalism workshops].

I wrote two textbooks for journalism, several collections and several dozen professional and scientific works. I’m the author of a trilogy on the phenomena of modern life: Duh devedesetih [Spirit of the Nineties], Hrana kao drugi seks [Food as Second Sex] (also published in Russia) and Dvehiljadite [The Year Two-Thousand]. My book Ženska štampa i kultura ženstvenosti [Women’s Press and the Culture of Femininity] was declared the best work in the field of mass communication in 1982. I am editor and co-author of the monograph Exceptional Women of Serbia of the 20th and 21st Centuries; Exceptional Couples of Serbia of the 20th and 21st Centuries and Icons of Style of Serbia of the 20th and 21st Centuries (Zepter Book World, 2016, 2018, 2018). The third of these titles was declared the most beautiful book at last year’s Belgrade International Book Fair.

I played basketball and have a daughter, grandson and a life partner in film director Zdravko Šotra.

I cite biographical information as it’s never easy for me to answer the question of who I am and what I do. I listened to the advice of a professor who said “you shouldn’t put all your eggs in one basket” and another’s the recommendation that “a journalist must educate themselves for life”.

I’m aware that information transferring is today moving closer to the realm of storytelling and that fake news beats the truth. The method from ancient times is in effect: bread and circuses

I specialised in so-called women’s issues. Women now dominate journalism and are among ministers, prime ministers, president of states. Swedish Nobel laureate Dr Jonas Ridderstråle predicts that the 21st century will be the century of women. That presumably comes from Marcuse’s ideas about women’s values – advocacy for peace, the preservation of the planet, helping weak, unprotected and marginal groups – that will have to prevail if we are to preserve the planet. At present, that seems like a utopian dream to me.

I believe everyone can achieve everything they want, provided they want it enough. But we’re now facing the first generations in the last 200 years to be less educated than their parents! I can see that by the cheap tabloids that students hold while sitting on benches. Paradoxically, no matter how intolerable the current situation in the media sphere might be, due to minimal competition in the profession, it is easy to make a name in journalism. I would get into journalism again, my daughter graduated in journalism, and I wouldn’t have anything against my four-year-old grandson following in our footsteps.

I’m aware that information transferring is today moving closer to the realm of storytelling and that fake news beats the truth. The method from ancient times is in effect: bread and circuses. Infantile regression has taken over. That’s because when you have so many uneducated, poor people, anaesthetised with stupid content, it’s easier to silence the small number of critically inclined journalists and media outlets because they address an insignificant number of highly educated readers. What today, then – when so much is said about so-called ‘citizen journalism’, about every layman being able to publish their personal opinion about everything, regardless of their competence – does it mean to be a journalist? It means that an individual marked with talent must be expertly trained, multimedia proficient, ready to respond to the high standards demanded by the profession in the 21st century. And there’s only ever been one common denominator of genuinely all-time great media workers: top professionalism.

Any solution (for Kosovo) needs to have the support of the major powers, particularly the permanent members of the Security Council. We have an...
Read more

No more provocative testing of missiles or nuclear weapons by North Korea and a level of continued cooperation between the South and North are...
Read more

Every time we hear that patients in the region have access to much more advanced medicines than us in Serbia, despite paying the same...
Read more

With this mission I wanted to confirm the priority attention that Italy reserves to Serbia and also the importance of the stability of the...
Read more

Vojkan Krstić had a series of sporting successes at an early age, then his entrepreneurial spirit led him into the sphere of private business,...
Read more