Way Out Of Grey Economy

In 2016, the Serbian Government made progress in creating conditions to effectively combat the grey economy. However, improved inspection, better coordination of inspectorates, efficient processing of criminal offences in this field and better conditions for legal business operations will be required to achieve more substantial results in establishing a fair and competitive market. These were the conclusions of a joint conference of the Serbian Government and economic operators, organized by the American Chamber of Commerce (AmCham) and the National Alliance for Local Economic Development (NALED), entitled ‘The Way out of the Gray Economy’. The conference was held in the Palace of Serbia.

The conference was opened by Zoran Petrović, Chairman of AmCham’s Board of Directors, and Aleksandar Ružević, member of NALED’s Managing Board. Speaking to an audience of over 200 leading businessmen and women, representatives of state institutions, local governments and international organizations, they reiterated that one condition for further progress in combating the grey economy was cooperation between the inspectorates, police, prosecutors’ offices and courts of law. They stressed that the members of AmCham and NALED would provide expert assistance to the Serbian Government in the realization of the National Program for Combating the Grey Economy.

At the panel discussion on how to improve the coordination of inspectorates and the processing of cases of illegal business operations, it was pointed out that it was imperative to implement the Inspection Lawfully and to harmonize sector laws. Capacity building in inspectorates, better criteria for the evaluation of inspectors’ performance and measures to encourage them to perform better were also recommended.

Concerning sanctions for illegal behaviour, it was agreed that a stricter penal policy should be considered, training for inspectors in bringing charges against offenders should be improved and prosecutors’ offices and courts of law should specialize in handling grey economy cases.

At the panel on how to encourage legal business operations, the reform of non-tax and para-fiscal charges was proposed as one of the key activities for the next year.

It was agreed that an exemption from payroll deductions and the reduction of non-tax charges during the first year of business operation would be good incentives for entrepreneurship. The possibility of a permanent reduction of taxes and contributions on the minimum wage should also be considered and hiring seasonal workers, now completely in the grey zone, should be made easier.

Two sets of recommendations were presented to the decision makers who took part in the panel on priority measures to combat the grey economy, among them Zorana Mihajlović, Minister for Construction, Transport and Infrastructure, Ana Brnabić, Minister for Public Administration and Local Self-Government, and Nela Kuburović, Minister for Justice. 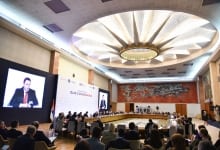 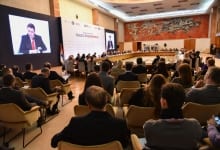 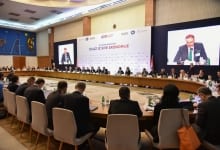 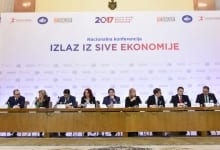 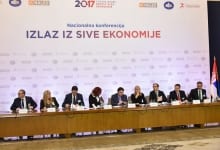 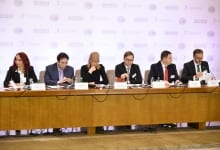 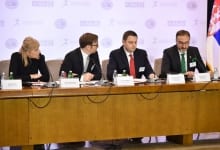 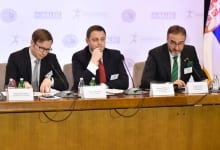 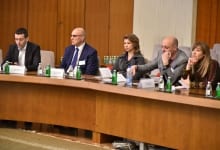 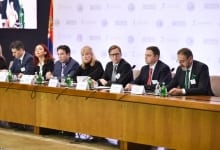 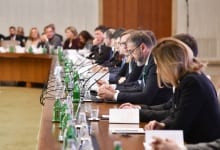 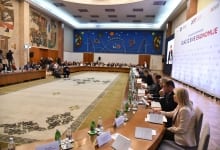 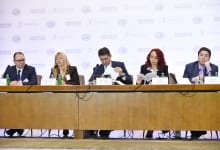 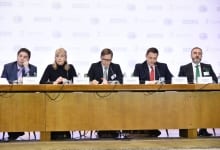 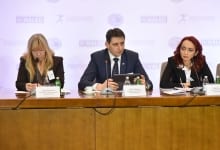 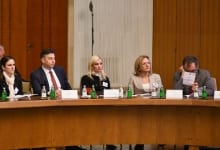 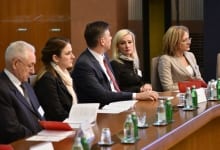 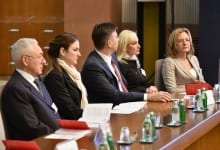 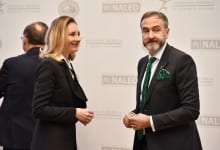 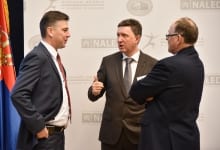 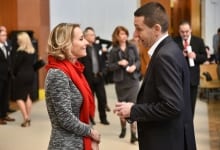 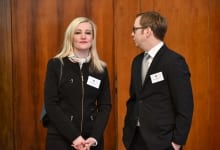 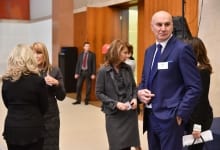