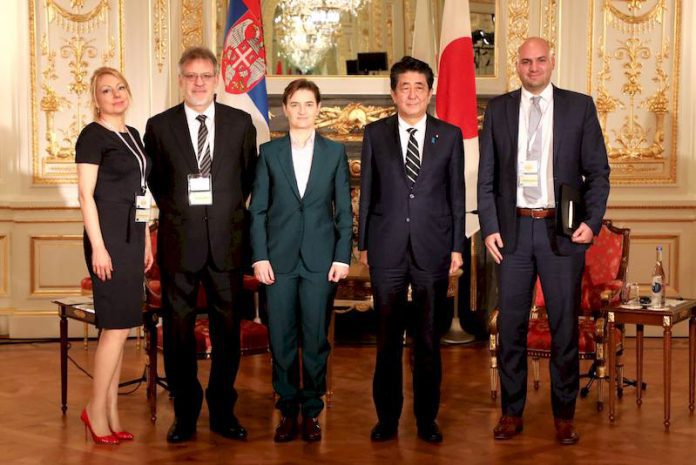 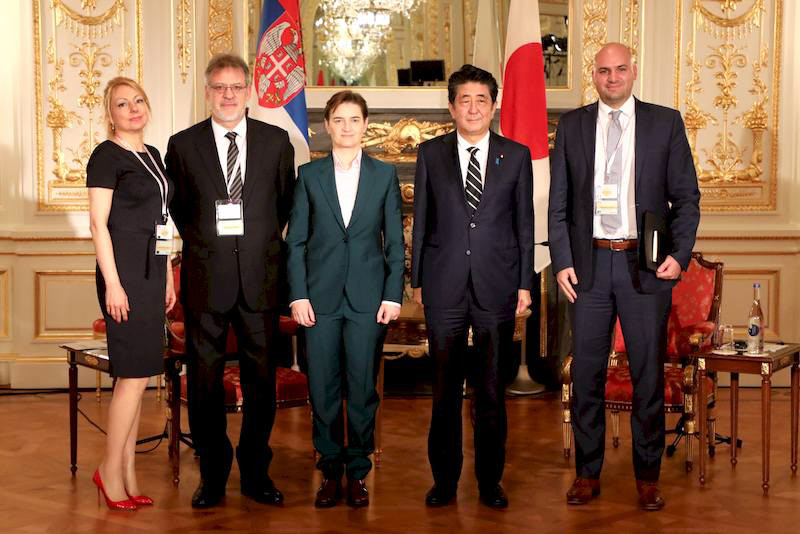 Prime Minister Ana Brnabic, who is on a three-day visit to Japan on the occasion of the crowning ceremony of Japanese Emperor Naruhitо, met with the country’s Prime Minister Shinzo Abe.

Prime Minister Abe stated, “The Government of Japan is making collective efforts to strengthen Japan-Serbia relations, and supports Serbia’s reforms aimed at accession to the European Union (EU).” “New investments and advancement by Japanese companies in Serbia have increased since I visited Serbia last year, and I welcome the development of our bilateral economic relations.”

In response, Prime Minister Brnabić stated, “I welcome that since last year that the Prime Minister Abe’s visit to Serbia for the first time in the last 31 years as a Japanese Prime Minister, an economic relationship between our two countries has been strengthened and some specific investments have been realized in various fields. Japanese investment has a positive impact and important to our country, to implement some reforms on the rule of law and the governance that President Vučić initiated.” 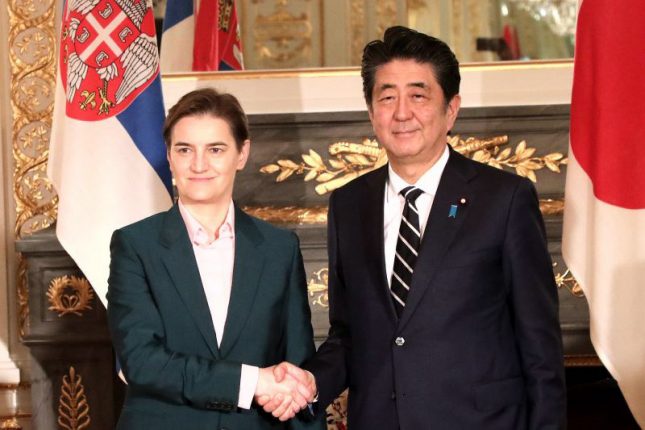 Following the meeting, Prime Minister Ana Brnabic told Serbian reporters in Tokyo that during the meeting it was noted that the economic and political relations between the two countries are improving, as evidenced by the increased presence of Japanese investors in our country.

She said that Serbia has several significant investments from Japan such as JTI, Toyo Tires and Yazaki, adding that she visited JTI in Senta a few months ago following the company’s decision to expand its investment in Serbia and open one more product line.

The Prime Minister also recalled that Toyo Tires announced a major investment in Indjija, that Yazaki plans to hire 1,700 people, while the French-Japanese consortium Itochu-Suez has obtained a public-private partnership permit for the Vinca landfill, where they will start with works.

Brnabic said she thanked the Japanese Prime Minister for political support and a balanced stance on the Kosovo-Metohija issue.

Japan did recognise Kosovo, but in the two most important cases, Kosovo’s membership in UNESCO and Interpol they abstained, Brnabic said, adding that in such a way Japan was on Serbia’s side.

“Prime Minister Abe praised our reforms and asked me to convey his greetings to President Aleksandar Vucic,” Brnabic said, noting that her Japanese counterpart had launched an initiative to make the country a more active actor in the Western Balkans region.

She also announced that the arrival of more investors from Japan will be fuelled by the initiative to abolish double taxation. A meeting of representatives of the two finance ministries is scheduled to take place in Tokyo in late November.

Shinzo Abe made an official visit to Serbia on 15 January 2018, when he spoke with the Serbian state leadership.

For many years, excellent bilateral relations between Japan and Serbia did not lead to equally successful economic dealings. Today, however, it seems that the...
Read more
Cord MagazineLeaders Meeting Point