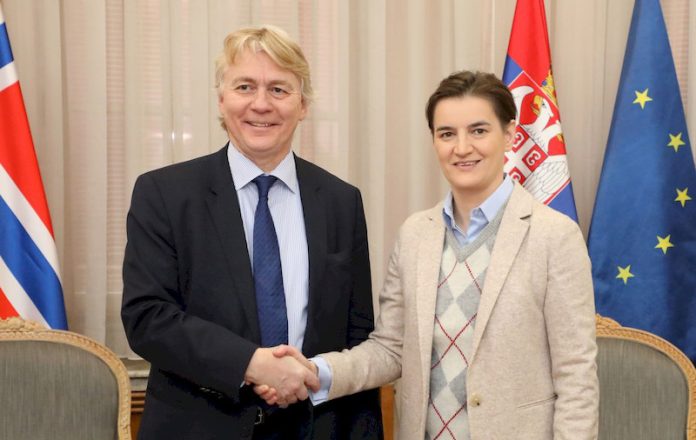 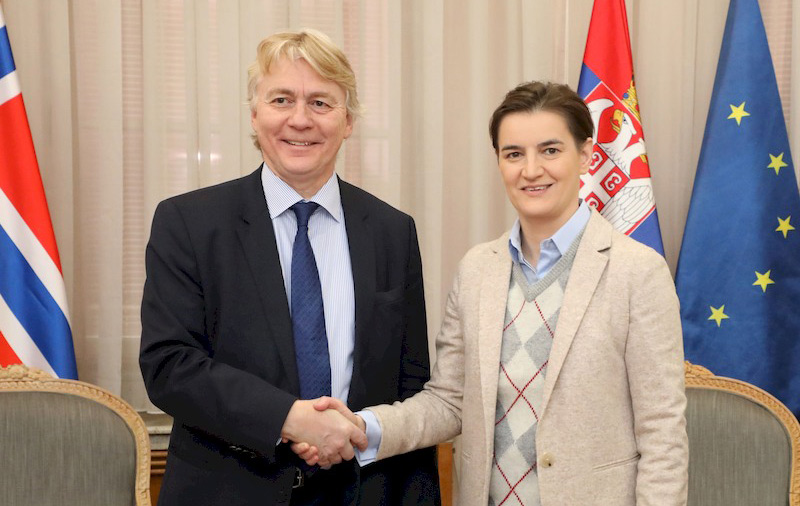 Prime Minister Ana Brnabic noted during the talks with Ambassador of the Kingdom of Norway to Serbia H.E. Jorn Eugen Erling Gjelstad that the bilateral relations of the two states are characterised by developed political dialogue and great opportunities for the development of economic cooperation.

Brnabic underlined that good relations and political dialogue have enabled cooperation in other areas, such as digitalisation, eGovernment and culture, adding that economic cooperation should be encouraged in the coming period.

According to her, the government is working to support businessmen and young people to create innovations in Serbia that will be placed on the world market.

The ultimate goal is for the Serbian economy to be based on knowledge, new technologies and creative industries that enable long-term sustainable economic growth, Brnabic explained.

Jelstad praised the efforts of the Serbian government in this area and emphasised that it is extremely important that our country has managed to recognise the key to its economic development.

He added that Norway is particularly interested in cooperation in the field of start-up companies and innovation.

According to Jelstad, digitalisation is the only way for a country to progress in the modern world and added that Norway has recognised its importance for the progress of the country a long time ago and established a special ministry to deal with this area.

Jelstad noted that Serbia is an interesting market for foreign investment and underlined that the key to investments is a good regulatory framework that would provide security and encourage prospective investors.

Brnabic expressed her gratitude for the support to Serbia’s European path, as well as for the development assistance that Norway provides to our country not only in the process of European integration but also in the overall reform process.