Austria Will Further Strengthen The EU

Handloom sector is a symbol of India’s...
Read more

Austria has taken over the rotating presidency of the European Union from Bulgaria.

The Bulgarian EU presidency has put the enlargement policy back on the Union’s agenda and Austria will continue down that path, because there is a desire for progress in the reform processes on the European agenda, said participants of a debate organised by the European Policy Centre, titled “From the Bulgarian to the Austrian Presidency of the Council of the EU”. 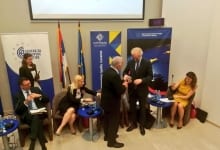 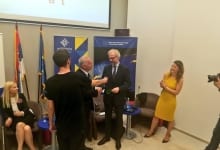 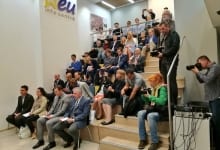 Head of the European Union Delegation to Serbia Sem Fabrizi said that the focus on the Western Balkans and Serbia had been intense over the last six months, recalling the important documents published by the European Commission.

Fabrizi recalled that an enlargement strategy for the Western Balkans had been published; the reports on the countries of the region were unveiled in April, as well as the Sofia declaration after the EU-Western Balkans summit.
The Bulgarian presidency was important for keeping enlargement high on the EU agenda, and now we are waiting for the Austrian presidency, said Fabrizi, who is confident that the enlargement process will remain high on the Union’s agenda.

As we speak, the Council of the EU is holding a meeting, the Union is at full speed and it is good that Serbia is making progress. Two chapters were opened early this week, while an important meeting on the Belgrade-Pristina dialogue was held on Sunday, said Fabrizi.

Bulgarian Ambassador to Serbia H.E. Radko Vlaykov underscored that Serbia’s policy over the past few months clearly proved that EU accession had no alternative. In his words, Serbia has achieved good results in delicate matters pertaining to chapters 23 and 24. There is a clear political will to complete the constitutional reform, accept a media strategy and work on all topics, including the issues of national minorities.

The efforts of the Serbian government and president towards resolving issues between Belgrade and Priština are much more active. I think that all the efforts that have been invested, especially Serbia’s clear vision, will lead to swifter progress, Ambassador Vlaykov added.

I believe that an increasing number of chapters will be opened at the next intergovernmental conferences, whereby Serbia’s European prospects will get closer, he said, adding that the enlargement strategy mentioned 2025 as a possible date of accession.

Austrian Ambassador H.E. Nikolaus Lutterotti said that his country would preside over the EU for the third time as of July 1, but pointed out that it would be the last full EU presidency ahead of the elections scheduled for spring 2019.

There will be a lot of legislative work that has to be done and an agreement on Great Britain’s exit from the EU has to be concluded, he said and added that the Austrian government had chosen ‘A Europe that protects’ as its presidency motto.

The most important thing for me, as the ambassador to Serbia, is that we keep a strong focus on the Western Balkan region. The EU can be stable and secure if there are stability and security in its neighbourhood, and it is important for us to have that in this region. Lutterotti reiterated his country’s position that the future of the Western Balkans and Serbia was in the EU and that Austria would maintain an intense focus on that subject.

We want to see progress in the reform processes and reforms pertaining to the enlargement agenda. We congratulate Serbia on opening two new chapters and wish to see additional progress during our presidency, said ambassador Lutterotti.

The head of Serbia’s negotiating team, Tanja Miščević, expects that Bulgaria’s policy on enlargement in the Western Balkans will continue during the Austrian presidency.

Miščević said that Serbia was completing another negotiating position because it wanted to continue submitting new chapters, as the Austrian presidency was a good opportunity for some other chapters to be opened.

Work is being done in parallel, she added, on meeting the criteria for other chapters, too, and much is also being done to revise the action plans for chapters 23 and 24. We had a big and serious talk with our colleagues from Brussels and we have now set the framework of revisions of the action plans, responses to the provisional criteria which had not been provided at the time when they were being made and that will serve as grounds for annual reports and the non-paper on the rule of law, said Miščević and underlined that the changes were being made not just to deadlines, but also to the concrete measures and the methods of their implementation.

Chairman of the European Policy Centre Governing Board Srđan Majstorović said that Bulgaria had done a considerable job where the affirmation of the policy of EU enlargement in the region was concerned and that it had left good grounds for future presidencies, which would have to take a stance on the enlargement policy. Austria will certainly continue the positive trend of the EU’s attitude towards the Western Balkans, Majstorović believes.

He also said the meeting of the Berlin Process in London would be important for the countries of the region because it would contribute to the improvement of mutual relations and connectivity, but would also ‘show them’ the ways of functioning and cooperation in the EU.

Majstorović said that the situation in Germany should be monitored, as the country had a positive view on the Union’s enlargement policy and any deviation from that policy would affect the region.

The quality of Europe's bathing waters has improved dramatically in recent decades, and a new report released this week by the European Environment Agency...
Read more

Bulgaria’s government on Friday approved a plan to join the euro zone as of Jan. 1, 2024, amid concerns within the ruling coalition over...
Read more