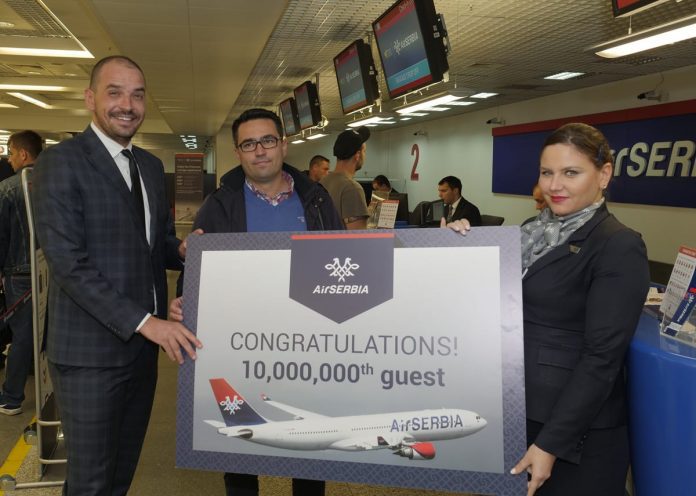 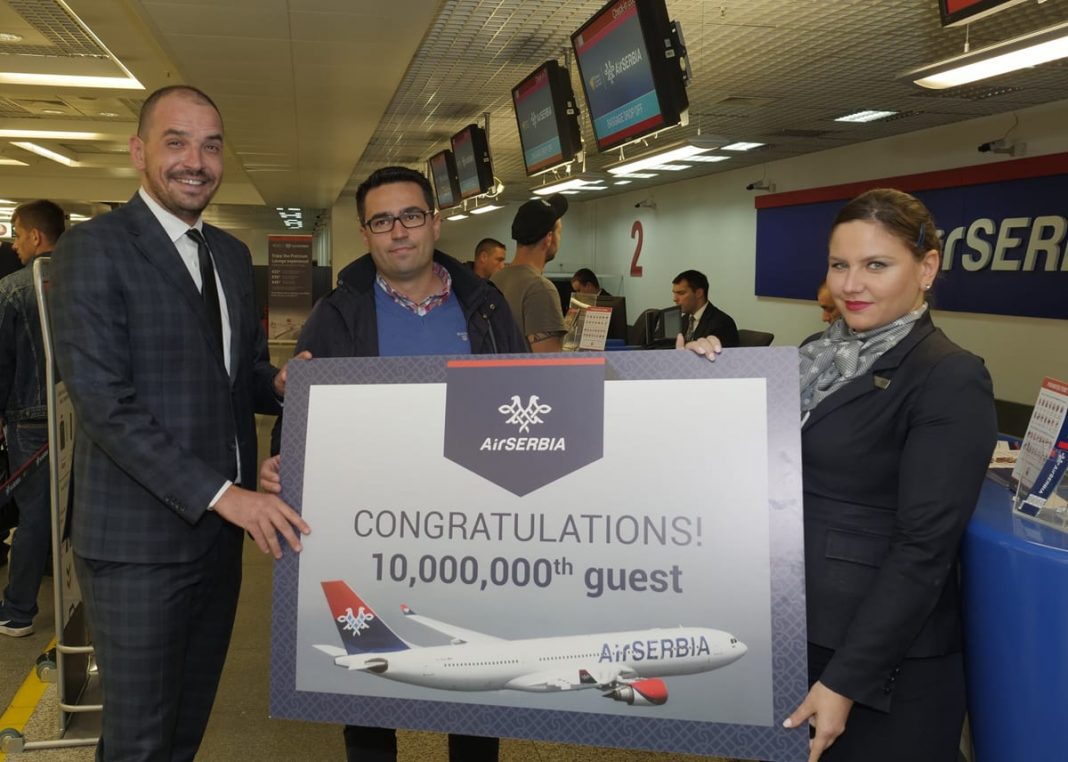 Branislav Kuzmanović, an architect from Subotica, was surprised with the good news at Nikola Tesla Airport as he dropped off his baggage for Air Serbia flight JU212 from Belgrade to Tirana.

Dane Kondić, Chief Executive Officer of Air Serbia, said: “We’re thrilled to have carried 10 million guests in a short timeframe of just under four years. It’s a remarkable achievement for a young airline the size of Air Serbia and means that, on average, we have flown just under 7,000 people to and from Belgrade every day, making an enormous contribution to the wider economy. We’re grateful for the continued support of our guests and look forward to providing more choice, convenience and flexibility.”

After being warmly congratulated by Air Serbia representatives and guest service agents, Mr Kuzmanović was presented with complimentary tickets. He will be able to use them on any destination served by Air Serbia.

Mr Kuzmanović said: “I can’t believe I’m the 10 millionth person to fly with Air Serbia. I frequently travel by Air Serbia but never expected something like this!”

The Serbian flag carrier will be celebrating its fourth anniversary on 26 October 2017 and currently operates flights to more than 40 destinations in Europe, the Mediterranean, the Middle East and North America. The airline’s fleet consists of one wide-body, 14 narrow-body and six turboprop aircraft.