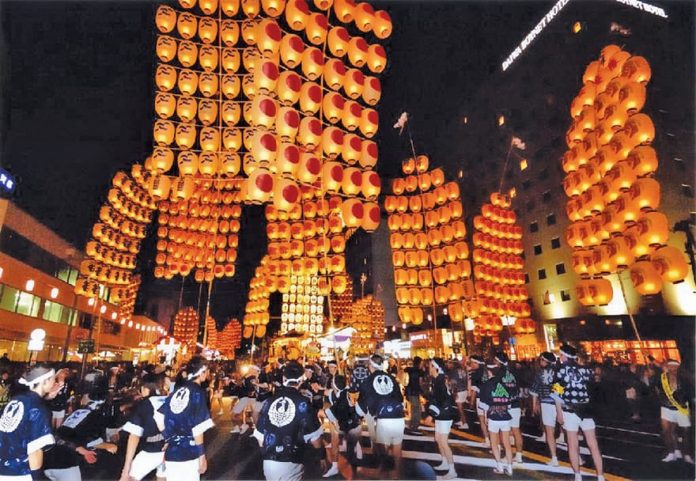 Kantō Matsuri or Pole of Lanterns Festival from 3rd – 6th August in Akita City is another one of the three great summer festivals of northern Japan.

The origin of the festival is not known. Designed to bring good harvests, it has been held for at least 250 years and most likely evolved from efforts by local farmers to exorcize “sleeping demons” believed to bring disease and misfortune.