The government’s role is reflected primarily in the creation of a regulatory framework that takes into account the reality of the Fourth Industrial Revolution, and which is sufficiently flexible to make it easy for business models that have yet to be created to become operational, considers Nebojša Jovanović.

Speaking in this interview for CorD, the president of the Digital & E-Commerce Committee of the Foreign Investors Council – FIC discusses how foreign investors see the development of digitalisation in Serbia and the key steps that will ensure faster progress.

According to the latest edition of the FIC White Book, Serbia has made progress on reforms, but not to an extent that’s sufficient to ensure a sustainable and competitive business climate. Progress in the field of digitalisation has been estimated by foreign investors as being “moderate”. Is that actually good or bad news?

– The past two years have represented a milestone in the context of strengthening the awareness of state institutions regarding their crucial importance in the process of further digitalising Serbia. This is accompanied by a tangible action plan that was initiated with the preparation of a legal framework for the use of electronic documents, including an advanced (not only qualified) electronic signature and remote client identification. Additional confirmation of positive developments is provided by the recent decision on video identification by the National Bank of Serbia, which enables financial institutions to identify new clients without them being physically present. We also expect the finalisation of by-laws that more precisely regulate the use of electronic signatures. Progress to date being evaluated as moderate is certainly not good news.

However, with the implementation of new laws, Serbia gains an opportunity to take a leading position in the field of digitalisation among the countries of the region, while the citizens of Serbia gain the possibility of more comfortably using new digital services.

In which segments of eGovernment have the greatest shifts been recorded?

– The Law on eGovernment was adopted during 2018, in order to unify regulations on the public administration’s use of information technologies, and with the aim of enabling citizens to gain simple access to a wider range of publicly available information. Significant progress was also achieved in linking databases of a large number of institutions through a unique information system. Through the linking of local tax administrations, citizens, businesses and the state, very easy access to unified information on property tax and other genuine public revenues from across Serbia has been enabled. Payments of administrative taxes via payment cards directly on the eGovernment portal has also been enabled.

One positive trend is that an electronic document now has the same power as a written document. However, in practice, it can often be heard that there is still resistance among some state institutions. What are the experiences of your members?

– Time is needed for every technological innovation to be accepted generally. Even the acceptance of institutions is no guarantee that every individual agent will act in the same way. 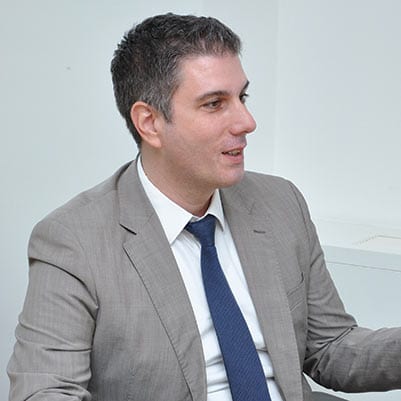 It still happens that some institutions seek a stamp on a payment order as confirmation that a charge has been paid, for example, for the issuing of personal documents and similar activities. There is also concern over the unobstructed practical use of electronic documents, due to a lack of legal precedence in accepting such documents. It is thus very important that by-laws regulating the use of electronic signatures precisely define the application and approach of the authorities with regard to electronic documents. Another important precondition is the systematic educating of public sector employees.

Furthermore, the adoption of remaining by-laws for the Law on Electronic Documents is among the main messages of businesspeople. What other steps do you expect to be taken in the field of digitalisation to ensure progress is much faster?

– It is realistic to expect the improvement of the law on payment services and the introduction of regulations similar to PS2 in the EU, which will enable a greater choice for the population and better access to financial and telecommunications services. Expanding both the services and information available through eGovernment is very important to the goal of further improving efficiency and reducing paper administration.

A logical next step is to establish a digital identity system for citizens, which typically relies on blockchain technology and would enable the identifying of individuals with the help of a fingerprint and face or voice biometry, without the need for physical presence and without the use of personal documents.

Among FIC member companies, which industry is leading the way in the digital transformation process? How agile are companies operating in traditional sectors when it comes to change in this direction?

– According to the nature of things, companies in the IT industry utilise the benefits of new technologies the most and are therefore the most advanced in implementing digital transformation processes. They are followed by companies from the financial and telecommunications sectors. And companies from traditional industries inevitability see the transforming of their business models as a prerequisite for survival in the new digital economy.

When it comes to digital transformation processes, how significant is cooperation between different stakeholders in a single society – economic networking, cooperation with commercial associations, academic institutions etc.? What could Serbia learn from the experiences of the leading countries in this process?

– All players in the digital ecosystem are extremely interconnected and it is thus very important to network the economy between small (start-ups) and large systems (companies), in order to connect the best of both worlds – familiarity with technologies, agility and risk readiness – that leads to innovations with a stable system that has knowledge of the domain and the possibility of reducing the impact of risky business.

Business associations like the FIC play a very important role in linking the interests of the economy in order to ensure a common impact with the aim of encouraging faster reform. It is important to mention the example of the Case Study Club, the organisation of students of the Faculty of Organisational Sciences that works closely with a large number of companies and helps identify innovative solutions.

In your opinion, what kind of role should the Government have in initiating the transformation of the real sector?

– The government’s role is reflected primarily in the creation of a regulatory framework that takes into account the reality of the Fourth Industrial Revolution, and which is sufficiently flexible to make it easy for business models that have yet to be created to become operational. It is necessary to encourage investment in innovation, through stimulating tax policy, and to direct the economy towards doing business abroad more intensively and helping in the development of (digital) products that can be traded on the global market.

Were foreign investors in Serbia ready to welcome new regulations in the field of personal data protection?

– Financial institutions are at an advantage because, through local laws, they’ve already regulated a number of relevant areas in the field of information security and personal data protection, and thus it’s easier for them to harmonise with the new regulations. It is significant that a certain number of foreign investors from other sectors, primarily through group standards from their parent companies in the EU, have for years been aligned with the basic principles of personal data protection.

Dejan Turk, CEO of Vip mobile and A1 Slovenia

Innovation and companies' ability to adapt are what change markets for the better. Testifying to this are the experiences of Vip mobile as a...
Read more

Marija Stepina, President of the Executive Board of API Bank

Niche Players May Have Winning Strategies

Here is our recipe for success: big plans, investor’s support, smart team, healthy ambitions and reasonable realization schedule. It is a sufficient ground for...
Read more

Ensure Uniform Application of the Law

The work of our committee is devoted to improving the regulatory framework as it relates to the food industry. That's why we continue to...
Read more

Together We Can Achieve More

The 2020 White Book will provide suggestions on how to cut red tape and improve the environmental framework governing base station construction The crisis caused...
Read more

We Hope For a Resumption of Dialogue

We expect a continuation of the constructive dialogue with the Ministry of Finance linked to the improvement of tax regulations and practises, along with...
Read more