Attendees were addressed by Stanojla Mandić, Deputy Commissioner for Information of Public Importance and Personal Data Protection, H.E. Sem Fabrizi, Head of Delegation of the European Union in Serbia, H.E. Andrea Orizio, Head of the OSCE Mission to Serbia and Tobias Flessenkemper, Head of the Council of Europe Office in Belgrade.

“The process of appointing a new Commissioner for the availability of information of public importance and protection of personal data should begin without delay,” said the Head of the Delegation of the European Union to Serbia H.E. Sem Fabrizi.

At the marking of the Data Privacy Day, Ambassador Fabrizi said that the government should start the Commissioner’s selection procedure as soon as possible and that the postulates of professionalism and independence must be respected.

The EU Ambassador noted that the right to protection of privacy is a part of chapter 23 on basic rights, while in chapter 24 it is a prerequisite for judicial cooperation and with Eurojust.

He reminded that “the protection of privacy and our data is not only an important part of the fundamental rights in the EU – it is a legal obligation that is further strengthened by the General Data Protection Act adopted in 2016 to make Europe better prepared for the digital era. More than 90% of Europeans say they want the same data protection rights across the EU and regardless of where their data is being processed, “Fabrica said.

Deputy Commissioner Stanojla Mandić said that in Serbia this year there is less reason for optimism regarding the protection of personal data, that the Data Protection Day is celebrated without the Commissioner and that it is not yet known when a new person will be elected to that office.

In addition, she added, “many say the new Personal Data Protection Act is confusing.”

She said that the Commissioner’s selection procedure should be amended and made more transparent, and when it comes to the new law, that it should be improved and that the Commissioner’s institution has repeatedly requested that at least through the amendment the disputed article be deleted from the amendment a constitutional guarantee that citizens’ rights to data protection can be limited only by law.

Mandić added that last year there were several excessive situations of unauthorized data processing. She stated that it was necessary that the Commissioner’s choice be transparent, that it should happen as soon as possible, that the Commissioner’s reports are being considered, otherwise the company will not have a better status in data protection.

The head of the OSCE Mission to Serbia, H.E. Andrea Orizio, said that today is a day that promotes privacy and that the OSCE believes that respect for human rights, including privacy rights, is a prerequisite for security.

He stressed the importance of respecting international standards and added that it is not only crucial for good functioning to elect a new Commissioner, but to elected in due time.

Assistant Secretary-General from the Commissioner’s Office, Zlatko Petrović, said that in 2018 the institution received more than 7,500 cases in the field of personal data protection. 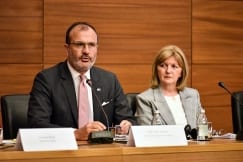 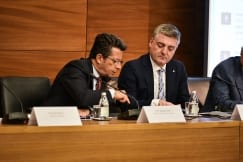 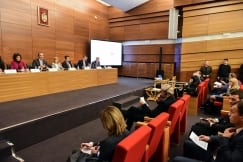 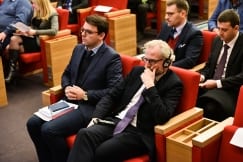 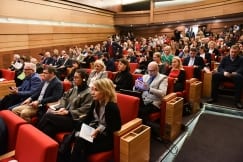 OSCE Mission to Serbia Presents 2019 Person of the Year Award

OSCE Mission to Serbia Presents 2019 Person of the Year Award

For a Cohesive Europe: Gender Equality and Women’s Rights