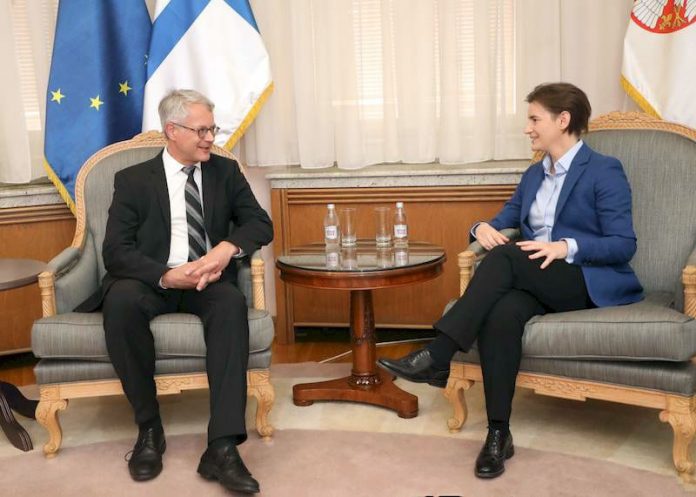 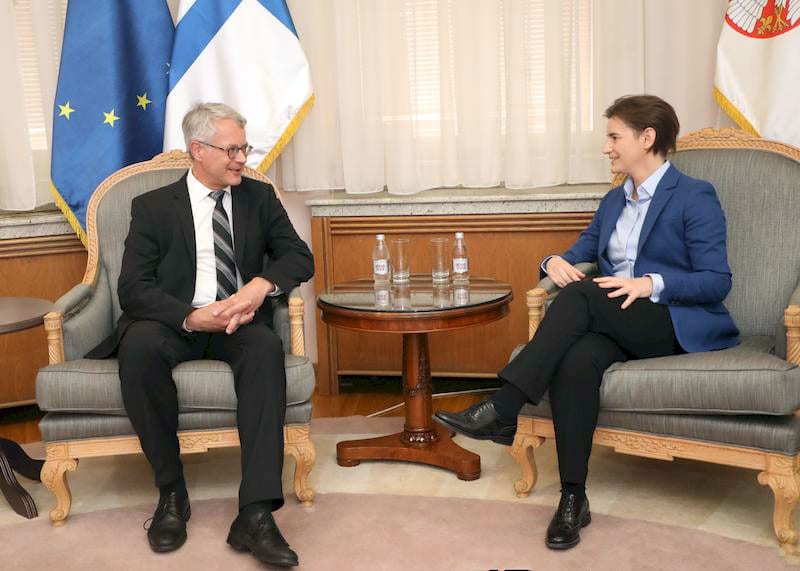 Prime Minister Ana Brnabic met with newly-appointed Ambassador of the Republic of Finland to Serbia H.E. Kimmo Lahdevirta related to the furthering of the relations between the two countries.

PM Brnabic welcomed Ambassador Lahdevirta in the ambassadorial role and expressed confidence that future cooperation would further strengthen the friendly relations between Serbia and Finland, as well as further enhance the two countries’ overall cooperation.

Ambassador Lahdevirta welcomed the reforms Serbia is implementing and its commitment to EU membership, with the assessment that the Western Balkans have a European perspective.

The officials also discussed the improvement of cooperation in the field of digitisation and the development of the IT sector.

The officials agreed that digitisation is an important segment of development and that adapting the education system at all levels is one of the key elements in this process.