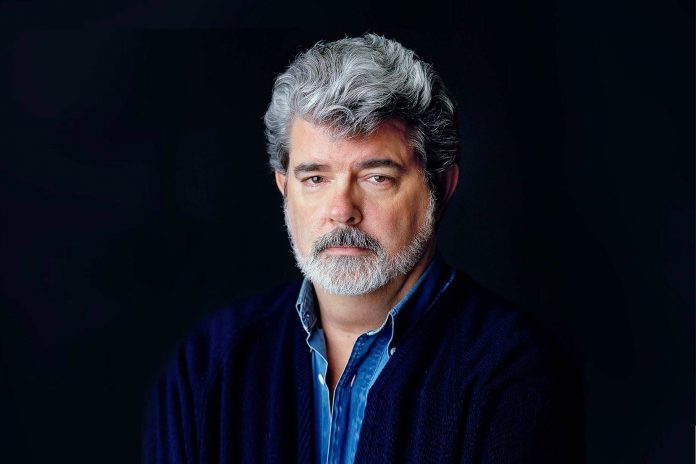 From Mozart To Mahler

Often heralded as the ‘capital of classical...
Read more

Viennese cuisine is famous and much loved...
Read more 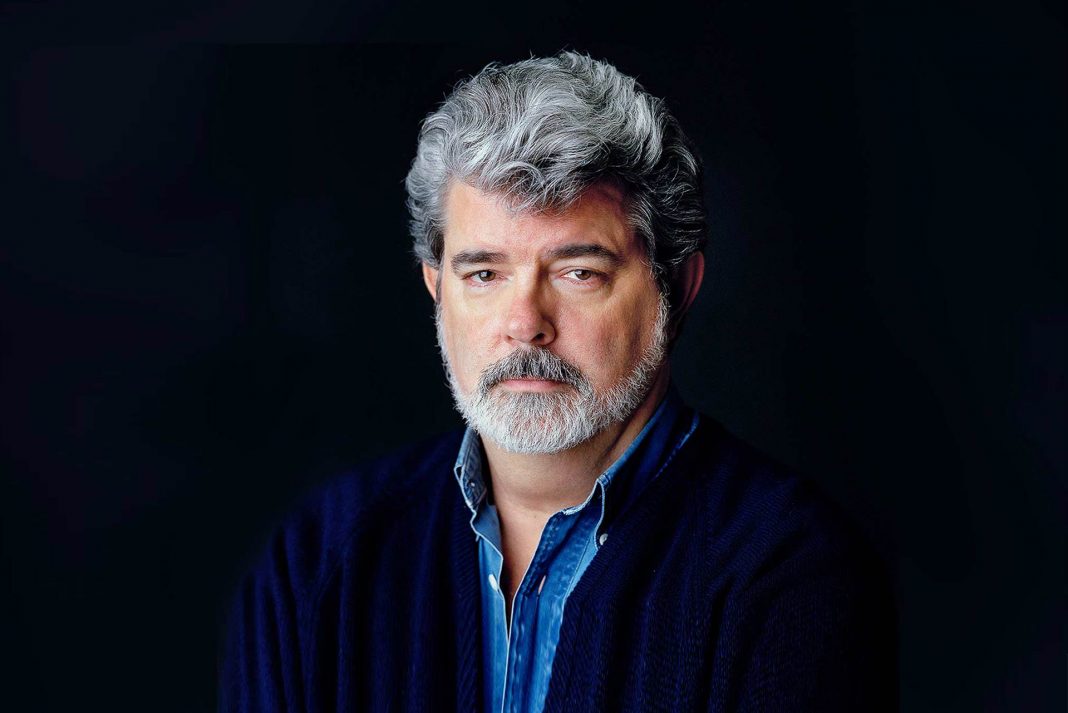 Famed director, writer and producer George Lucas was born George Walton Lucas Jr. on May 14, 1944, in Modesto, California. Lucas’s parents sold retail office supplies and owned a walnut ranch in California. His experiences growing up in the sleepy suburb of Modesto and his early passion for cars and motor racing would eventually serve as inspiration for his Oscar-nominated low-budget phenomenon, American Graffiti (1973)

Out of all the extremely rich celebrities on the planet, George Lucas is the most extremely rich celebrity, with a personal net worth of $5.4 billion. That’s enough to make him $1.7 billion richer than his good buddy Steven Spielberg. That makes him $1.9 billion richer than Oprah! What’s perhaps most incredible about the Lucas fortune, at least compared to other entertainment billionaires, is that George essentially made vast majority of his fortune solely from one idea: Star Wars.

As a director, George’s resume is actually pretty thin. Technically speaking, Lucas has only directed six feature films in his entire career, and four of them were Star Wars movies. By comparison, Steven Spielberg has directed more than 30 different feature films, many of which went on to become some of the most successful classic films of all time. So how did George Lucas generate such a huge personal fortune from a single movie franchise?

Before young Lucas became obsessed with the movie camera, he wanted to be a race car driver, but a near-fatal accident in his souped-up Fiat just days before his high school graduation quickly changed his mind. Instead, he attended community college and developed a passion for cinematography and camera tricks. Following the advice of a friend, he transferred to the University of Southern California’s film school. There, he produced a short futuristic sci-fi film called Electronic Labyrinth: THX 1138 4EB, and garnered a comfortable spot under the wing of Francis Ford Coppola, who took an active interest in unleashing new filmmaking talent. Coppola convinced Warner Brothers to make a feature-length version of the film, and although a few critics recognized some philosophical depth behind all the technical wizardry, THX 1138 (re-titled) flopped terribly in its 1971 release.

Technically speaking, Lucas has only directed six feature films in his entire career, and four of them were Star Wars movies. By comparison, Steven Spielberg has directed more than 30 different feature films, many of which went on to become some of the most successful classic films of all time.

Although intimidated by the failure of his first film, Lucas went back to work on his next project, American Graffiti. Released in 1973, the film featured burgeoning young talents such as Ron Howard, Richard Dreyfuss and Harrison Ford, and was recognized as a stunning portrait of listless American youth in 1962 depicting, in Lucas’s own words, “a warm, secure, uninvolved life.” The film, made for only $780,000, grossed more than $100 million domestically. It earned five Academy Award nominations, including Best Picture, Best Screenplay and Best Director for Lucas, and is still considered one of the most successful low budget features ever made.

Before American Graffiti, Lucas made $2,500 for his work on a film and received his paycheck in $250 installments, according to The Hollywood Reporter.

Now that Lucas had won back the confidence of his supporters, he set out to make a children’s Saturday morning serial that would be part fairy tale, part Flash Gordon and complete fantasy and adventure set in the imaginary frontier of outer space. The project eventually evolved into a full-length feature entitled Star Wars. Released in May 1977, Star Wars blew audiences away with its awe-inspiring special effects, fantastical landscapes, captivating characters (the erroneous pairing of two bumbling droids providing, ironically, the most heart and comic relief) and the familiar resonance of popular myth and fairy tale. Made for $11 million, the film grossed over $513 million worldwide during its original release.

Lucas continued the story of the Jedi Knights and the Dark Side in The Empire Strikes Back (1980) and The Return of the Jedi (1983). In the meantime, he set up a state-of-the-art special effects company, Industrial Light & Magic (ILM), as well as a sound studio, Skywalker Sound, and began to execute more and more control over the finished product of his films. He eventually built his own moviemaking “empire” outside of the controlling influence of Hollywood in the hills of Marin Country, California.

Overlapping with his work on Star Wars, Lucas developed a new adventure series featuring a tough but humorous archaeologist named Indiana Jones. He cast Star Wars antihero Ford in the title role, and Steven Spielberg signed on as director for Raiders of the Lost Ark (1981), the first film in the franchise. Instead of deep space, Lucas mined the past for this box office hit, in which Indiana Jones battles the Nazis over the Ark of the Covenant.

Lucas helped create the stories and worked as a producer on the two sequels that followed. Ford starred with Kate Capshaw (Spielberg’s future wife) in Indiana Jones and the Temple of Doom (1984), and in Indiana Jones and the Last Crusade (1989), audiences got to meet the hero’s father, played by Sean Connery. After the third Indiana Jones film, however, Lucas prepared to return to the film franchise that made him world famous — Star Wars.

Finally, technology was catching up with Lucas’s creative vision for his famous science-fiction saga. He had seen ILM’s capabilities when it was commissioned to bring the dinosaurs of Jurassic Park (1993) to horrifying life. The progressions in technology convinced Lucas that it was time to go back to Star Wars.

Lucas embarked on the development of three new prequels — beginning with the menacing Darth Vader as an innocent, gifted young boy. The first in the series, Star Wars: Episode I — The Phantom Menace, was released in the spring of 1999 to high expectations and unprecedented hype and fanfare. The response to the film was mixed. Some critics and Star Wars fans found the characters childish and racially stereotyped. Others complained that the story lacked dramatic depth. No one, however, could argue about the magical quality of Lucas’ technologically masterful creations.

At the beginning of this year Lucas announces return to “Star Wars” if he has full control, meaning that he himself would return to work on Star Wars if Disney gave him the green light to do so — and only if Disney said that Lucas could have full creative control over the films

Defending his latest creation, Lucas argued that The Phantom Menace was a children’s movie, as all the Star Wars movies were meant to be before their cult-like magnetism took hold of the American public. However, a behind-the-scenes featurette that accompanied the film’s release to DVD in 2001 told a different story, revealing a director who wasn’t entirely satisfied with his product. “It’s a little disjointed,” Lucas says at one point, after watching a rough cut of the film. “It’s bold in terms of jerking people around. I may have gone too far in a few places.”

The second installment, Episode II—Attack of the Clones, premiered on May 12, 2002, at the Tribeca Film Festival. The third episode, Revenge of the Sith, debuted in May 2005.

In 2008, Lucas released the latest installment of his Indiana Jones series. He served as one of its writers and as a producer while Spielberg once again acted as director. Ford returned as the famed adventuring archaeologist in Indiana Jones and the Kingdom of the Crystal Skull, and was joined by Cate Blanchett and Shia LaBeouf on this new challenge. The film proved one of the summer’s biggest hits.

In addition to being a filmmaker, Lucas has been dedicated to helping improve education through the George Lucas Educational Foundation. Created in the early 1990s, the organization encourages the use of project-based and team-based learning, among other education reforms. The foundation’s mission is deeply personal to Lucas, who spent many years as a single father to his adopted daughter Amanda after his divorce from film editor Marcia (Griffin) Lucas in 1983. Following their split, Lucas also adopted two more children, Katie and Jett.

In January 2013, Lucas announced his engagement to Mellody Hobson, president of Ariel Investments. The couple had been dating for five years prior to their engagement. The 69-year-old Lucas and 44-year-old Hobson wed in late June 2013 at Skywalker Ranch in Marin County, California. Shortly afterward, they welcomed daughter Everest to the family.

At the beginning of this year Lucas announces return to “Star Wars” if he has full control, meaning that he himself would return to work on Star Wars if Disney gave him the green light to do so — and only if Disney said that Lucas could have full creative control over the films. Disney is well aware of the fact that Lucas took issue with Star Wars films that Disney has released since the company acquired Lucasfilm. And Lucas isn’t alone in his disapproval with “Disney’s Star Wars” — there are plenty of fans who think that the franchise pre-acquisition was much better. And according to some sources, it looks like Disney and Lucas are willing to set aside their differences to make movie magic happen…or at least, to let Lucas make movie magic happen.

But what would it mean for Lucas to return to the Star Wars franchise? Would we get an entirely new saga, apart from the Skywalkers, and would Lucas come up with something we’ve never seen before? We’re not so sure, especially since a lot has happened in the past few months regarding the future of the Star Wars franchise. With creatives backing out of their trilogies to the Obi-Wan Kenobi series reportedly being rewritten, there seems to be a lot that Disney itself is trying to figure out.

The Level of Bilateral Cooperation Must Be Raised

I want to believe that the misunderstanding over respirators is the last between our countries during this difficult time. I would like to emphasise...
Read more

Although it already appeared certain that the ruling party would secure a convincing victory in the upcoming parliamentary and local elections even before the...
Read more

Today, we face the global outbreak of a disease that has the potential to catalyze what the historian Eva Schlotheuber terms a “pandemic of...
Read more
Cord MagazineLeaders Meeting Point