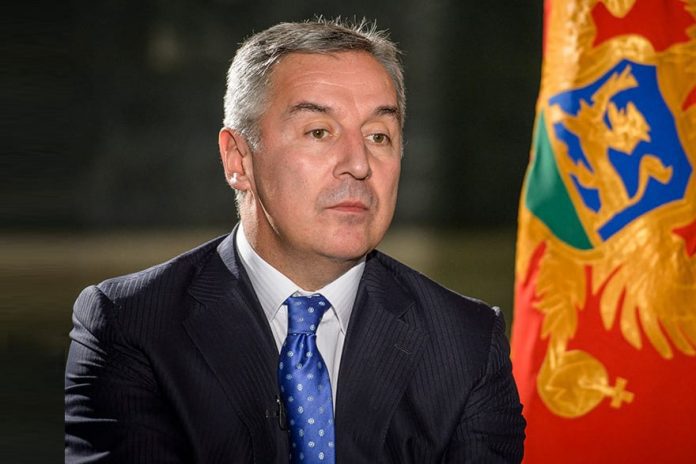 We live in turbulent times filled with challenges and changes. One of the greatest crises in human history is still smouldering. New economic leaders are emerging, while economic trends shift around the world. All this influences investors and the prospects of businesses worldwide.

The OECD recently reduced global growth projections from 3.9% to 3.7% for the current year, or from 3.8% to 3.7% for 2019. Similar projections for the global economy has also been offered by the IMF, while growth for the EU is projected to be 2.2% this year and 2% next. The level of global debt has today reached a historical maximum. Ten years ago it was twice the global GDP, while today it is 2.4 times as high, equating to an increase of 72 trillion dollars over ten years. National debts have increased rapidly in developed countries, even doubling in many cases. Likewise, company debts have also risen. The problem of high debts is expressed further in fastgrowing economies.

In such a complex situation that brings with it many unknowns, we have boldly taken the fate of Montenegro’s future economic development into our own hands. Almost all economic indicators confirm that we’re moving in the right direction as a country. Economic development is fast and dynamic. GDP totalled over €4.3 billion at year’s end 2017, while GDP per capita was around €7,000. This is twice as high as in 2006 when we renewed our independence. The Montenegrin economy’s rate of real growth in 2017 was 4.7%, while in the first and second quarters of 2018 it stood at 4.5% and 4.9% respectively. Such growth is a consequence of significant investments in infrastructure, but also openness, monetary stability, the free flow of capital, low taxes and the Montenegrin economy’s growing competitiveness.

I would like to briefly remind you of the most important achievements that marked the last decade of our development. The market economy, protection of property rights and the rule of law are embedded in our laws and inspire trust among domestic and foreign investors. Our goal is to be at least a step ahead of others because we understand the importance of investment to the overall development of society. Statistics from the World Bank, agency Standard and Poor’s and United Nations Trade and Development Conference (UNCTAD) confirm the results of our efforts. Specifically, Southeast Europe attracted 5.5 billion euros of foreign direct investment in 2017, which represents a 20% increase compared to 2016. During the same period, Montenegro recorded growth of 30%, while the first six months of this year saw a 47% increase in foreign direct investments.

We became a member of the World Trade Organisation and concluded numerous free trade agreements that allow us to access markets of 800 million consumers. All of this confirms the values we’ve adopted and are committed to affirming. Among Montenegro’s key economic values, I would single out the openness of our economy. Confirming that Montenegro is an open country and part of global flows is its tourism sector, which accounts for more than 20% of GDP. In a country with fewer than 650,000 inhabitants, the number of tourists in the previous year totally around two million.

According to the World Economic Forum’s report on the Global Competitiveness Index for 2017/18, Montenegro has improved its position by five places compared to the previous report. Agency Moody’s confirmed Montenegro’s rating of “B1” in its latest report while changing its outlook from a “stable” position to a “positive” position. This change primarily reflects the confidence of investors in the economic progress achieved and Montenegro’s clear economic prospect. In the report of the World Bank’s Doing Business Index for 2019, Montenegro is ranked 50th among 190 countries.

Within just a year of joining NATO, investments from Alliance member states have doubled; while in the period since the renewal of the country’s independence, Montenegro has been among the top countries in Europe for attracting foreign direct investment, both measured per capita and in term of their contribution to GDP. The net inflow of FDI during this period amounts to over six billion euros. It has been FDI that has provided an important impulse to achieving economic growth.

Montenegro is a safe and politically stable country, with a clear vision of its own economic development that has a basis encompassing tourism, energy, agri-business and the development of infrastructure

However, our goal wasn’t only to attract as much investment as possible, instead ensure that those are high-quality investors. For us to achieve this goal, we have significantly improved the business environment. Among the investors developing their businesses in Montenegro, there is a large number of so-called “global players”, who found in this small economy not only challenges for their projects, but also security, stability and clear rules, or everything that comprises the business environment of a country. On the other hand, such investors became promoters of Montenegro as a prestigious and high-quality investment destination. Montenegro is today among the most attractive investment destinations in the Mediterranean, especially when it comes to investment in tourism, real estate, energy, industry and agriculture, while foreign investors are treated like nationals.

The process of registering a business in Montenegro is simple and fast. If we translate that into the domain of figures: the minimum capital required to start a business is €1, while the registration process can be completed in four days. The tax system in Montenegro is proportional, with very competitive rates. Corporate tax stands at 9%, personal income tax at 9% and 11%, while VAT is 21% and 7%. In addition to the aforementioned, investors have direct financial incentives for new projects, tax breaks in less developed parts of the country, employment subsidies in business zones and competition between local governments in determining tax rates and local fees, with the aim of attracting new investments.

Thus, it is evident that Montenegro is a safe and politically stable country, with a clear vision of its economic development that has a basis encompassing tourism, energy, agri-business and the development of infrastructure.

However, despite all the challenges we face, alongside political stability, NATO membership and a leading position in the ongoing negotiation process with the European Union, Montenegro also remains fully committed to accelerated economic development.

Through the new instrument of the Economic Citizenship Programme, we want to encourage and generate interest among new investors. Our country’s vital national interest is in using the experiences of other countries to implement this Programme in a way that eliminates all the risks that could be associated with its application. That’s why applications will only be available for those who have proven their credibility in a personal and professional sense and will allow the influx of resources that have an undoubted legal origin.

We believe that every programme can only be enduring and stable if both sides see the clear benefits of mutual cooperation. The state’s interest is in using the Individual Investment Programme to encourage development further, creates new jobs, reduce the foreign trade deficit and carry out transfers of knowledge and new technologies. I would emphasise in particular the importance of new knowledge and technology because in that way we can raise the competitiveness of our economic system. On the other hand, applicants will benefit from a favourable tax system, a visa-free regime for countries in the Schengen zone and integration into the State’s economic and political systems.

Through the new instrument of the Economic Citizenship Programme, we want to encourage and generate interest among new investors. We give this opportunity only to those who have proven their credibility in a personal and professional sense, and whose resources have an undoubted legal origin

I expect the Programme to have strong multiplier effects on the overall economy, to become a significant source of revenue and a platform for new investments. With a well-conceived campaign, it is possible to attract the attention of prominent businesspeople who would accept to relocate the headquarters of their businesses. With this, we would not only increase the level of investments but also improve our country’s image and raise business standards.

It is planned for the Programme to encompass, to a large extent, natural resources and the less developed part of Montenegro. When it comes to that region of the country, which is undoubtedly abundant in terms of development potential and significant resources, we’re open to additional incentives and special conditions for investments in production. Furthermore, the best confirmation that we’re determined to develop Montenegro in a balanced way, and to work step by step to create conditions for the market to reflect the value of resources properly, is represented by a project like the one to construct the first section of the motorway connecting the north, the centre and the south. In addition to this, it is also worth mentioning the construction of infrastructure and ski centres, including 250km of modern ski trails. The state is currently investing around a billion euros in these two projects in the country’s northern region alone.

Since the renewal of our independence, we’ve acted carefully and with great patience, effort and work to build the international reputation of our country and, regardless of the development challenges ahead of us, we are firmly committed to building long-term partnerships and strengthening mutual trust, because where there’s no trust there can be no business.

A market economy doesn’t divide countries between large and small, but rather between successful and unsuccessful. Successful economies – through investments, the strong building institutions and strengthening international cooperation – create conditions for faster economic growth and development. That is why I firmly believe that the successes we can achieve together represent our best protection of Montenegro’s future.