Businesspeople Speak the Language of Cooperation

Strengthening economic cooperation between Croatia and Serbia contributes to progress in the entire region, and withstands the challenges posed by occasional political disputes. The operations of members of the Croatian Business Club, in which colleagues share their experiences about the challenges of European integration and jointly participate in international programmes and initiatives, is a good example of constructive responses to transient tensions

Ten years of the work of the Croatian Business Club in Belgrade has been marked by different periods of the intensity of activity, but the club can boast that its membership has grown during all periods and that no member has left the club since it was formed in 2006.

Following the initial focus on gathering large members, the club, which today includes more than 40 companies, has this year expanded the focus of its activities to the strengthening of cooperation with small and medium-sized enterprises, which have potential and experience, and which are open to new findings that membership can provide them with.

The club is, amongst other things, also very active, in cooperation with the Croatian Embassy, in researching further investment opportunities in the local communities of Serbia, which could lead to the further strengthening of cooperation between the two countries and their businesspeople.

To discuss this and other topical issues relating to cooperation between Serbian and Croatian businesses we spoke to Marija Radulović, President of the Croatian Business Club in Belgrade.

To what extent are current political tensions burdening mutual business relations between Serbian and Croatian companies?

It is true that we cannot completely rise above politics, but we can estimate which political statements could undermine cooperation, so we are trying to encourage a constructive political dialogue – not only between the states but also in the wider environment. All political issues that could possibly burden mutual co-operation, and which can be solved at the individual level, are resolved at our meetings, which are open to all members.

Among the members of the Croatian Business Club, which includes both Serbian and Croatian companies, there is a high degree of trust. We try to encourage a constructive political dialogue not only between states, but also in the wider environment

Croatian businesspeople are willing to share experiences on the road to the EU with their Serbian counterparts, and even to offer some concrete solutions in specific areas of the economy. On the other hand, businesspeople in Serbia, at least when it comes to our members, are willing to expand cooperation with Croatian and participate jointly in international programmes and initiatives.

To what extent has the club succeeded through its work to build trust between the partners in the two countries and expand the boundaries of mutual cooperation? 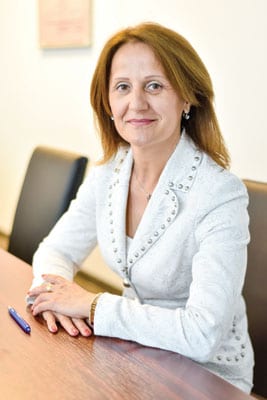 – The proof that there is a high degree of trust between the members of the Croatian Business Club, which includes both Serbian and Croatian companies, lies in the fact that their number is increasing from year to year, while since the Club was founded in 2006 not a single company has withdrawn its membership. On the contrary, there are ever more meetings with the clubs and companies from other countries.

We were initially joined in the beginning by mainly the largest companies, while from this year we started promoting cooperation at the level of small and medium-sized enterprises, which we consider as being a particularly positive development, because smaller companies have a lot of potential and experience, are dynamic and open to acquiring new knowledge and making new contacts, so this is one more possibility to expand them.

Has the CBC succeeded in realising the objectives it set for itself upon its establishment in January 2006?

– After each completed objective we set new ones for ourselves, as new objectives are also new challenges that force us to always be active. Upon establishing the Club, its basic objective was to establish cooperation between Croatian companies operating in Serbia and Serbian companies that are willing to cooperate.

The next goal was to expand the number of member companies, while it is now our intention to better inform SMEs about the possibilities offered by membership in the club. When it comes to the ultimate objective, it practically does not exist – some new opportunity to expand cooperation and improve relations between Serbian and Croatian businesses will always arise.

Serbia is a country that is attractive for investment, while a particular challenge is the fact that it is also interesting to other countries. Apart from the quality of their products, Croatian companies also have the major advantage of coming from a country with a similar mentality, similar consumer tastes, but also a tradition in this area

What do you consider as being the biggest successes of the CBC in the past decade?

– The Croatian Business Club has existed for ten years – during that time there have been periods of more and less activity, but I consider the biggest success as being the fact that we now have more than 40 members, and that we have built up our image as an organisation that can be counted on, and whose good intentions will not be influenced by occasional conflicts on the political scene.

What topics dominate in your meetings, and what are the current challenges hindering the operations of Croatian companies in Serbia?

– One of the main activities of our club are visits to municipalities in Serbia, which we realise in cooperation with the Croatian Embassy. The aim of these visits is to familiarise ourselves with investment opportunities in these municipalities, with the possibilities of the local economy, and to inform Croatian businesspeople about that. Of course, the next step is to connect stakeholders in order to establish cooperation and realise mutual interests.

Serbia is a country that is attractive for investment, while a particular challenge is the fact that it is also interesting to other countries. Apart from the quality of their products, Croatian companies also have the major advantage of coming from a country with a similar mentality, where consumers have similar tastes, but which also have a tradition in this area – after all, we did used to be parts of a single country.

How has Croatia’s accession to the EU influenced the way in which companies from the two countries perceive the advantages of doing business and investing together?

– It is true that Croatia’s entry into the EU has complicated the movement of Serbian goods on the country’s market. On the other hand, Serbian entrepreneurs can gain help and support in the form of advice and the transfer of know-how and experience when it comes to pre-accession funds, from which Croatia benefited considerably, and there have also been open calls for joint applications for specific European projects.

To what extent is your choice as president of the Croatian Business Club a sign that women are occupying an ever more important place in Croatian business?

– I don’t think that my gender was a crucial factor in being chosen as president of the Croatian Business Club, but obviously, it was not a hindrance. I would say that this is an indication that the members of our club are primarily people who are free of prejudice of every kind – be that based on religious, ethnic or gender differences, which are not only not a hindrance, but rather are accepted with complete respect.

In the residence of the Ambassador of Croatia in Belgrade, a reception was held on the occasion of the upcoming Christmas and New Year...
Read more

What it is crucial is to ensure is the realisation of all rights guaranteed by the existing national and international legal framework for the...
Read more

Lecture "EU investment opportunities in Serbia" presented by Yngve Engström, Head of Cooperation at the EU Delegation to the Republic of Serbia was held...
Read more

Ivo Josipović, Former President Of The Republic Of Croatia

I Fear “The Relocation Of Syria To The Balkans”

I think many analysts, and not just foreign ones, rightly warn that the situation could spiral out of control. Instability, and the political ideas...
Read more