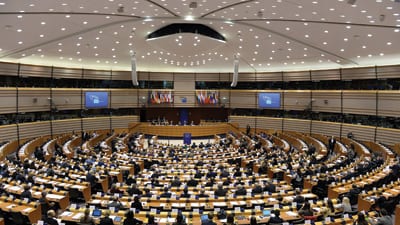 Brussels hosts the headquarters of the main EU institutions, and that has more to do with a lack of agreement than any political statement.

When French Foreign Minister Robert Schuman made his declaration on 9th May 1950, he called for Europe to jointly control their coal and steel industries. Belgium, France, Germany, Luxemburg, Italy and the Netherlands agreed and signed the Treaty of Paris in 1951 that created the European Coal and Steel Community.

It was time for the new institutions to start operating; however, no consensus could be reached about which country should host the offices. An emergency meeting in 1958 in Paris concluded that the institutions would be chaired in turn by the ministers of each of the six Member States. Based on alphabetical order, Belgium went first. It is due to the continuing inability of the Member States to decide which city should host the EU institutions that Belgium has become the permanent capital of the EU. 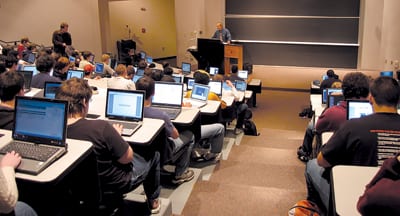 There are three different kinds of schools in Belgium, namely community schools, subsidized public schools, and subsidised free schools which are normally affiliated to the Catholic Church.

Private home education is permissible too, and these numbers are rising slowly. Education is compulsory between the ages of 6 and 18. Following an almost universal period of voluntary pre-school, children enter primary school for a period of 6 years. There a curriculum based on reading, writing and basic mathematics encourages interest in a broader range of subjects too.

In Flemish-speaking Belgium, ongoing vocational education and training provide a good spread of opportunities for further and second-chance adult education. A policy is dynamic, and the system is accordingly under continuous reform.

Belgium EducationAnybody with a qualifying secondary school diploma may enrol at any one of several universities, although additional entrance examinations are generally required by faculties of civil engineering, architecture, medical and dental sciences, nautical sciences and fine arts. 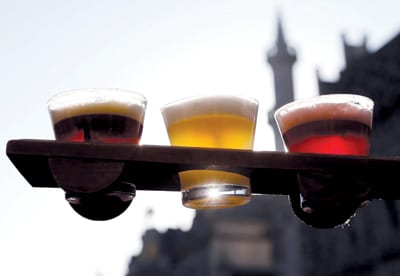 As one of the smaller countries in Europe, many visitors to Belgium are surprised to learn it has not one but three official languages: Dutch, French and German.

This is not just because variety is the spice of life – the country’s linguistic diversity stems from a series of related political and cultural conflicts that started many hundreds of years ago. It’s important to be aware of the sensitivities that surround language and how it changes depending on which part of the country you’re in.

The primary language in Belgium is Dutch, spoken by nearly 60% of the population. It’s almost identical to that spoken across the border in the Netherlands but some differences in dialect have seen it colloquially called “Flemish”.

French is the second most popular language in Belgium, spoken by just over 30% of the population. Many Flemish people can also speak French as a second language. Like the Dutch spoken in Flanders, Belgian French is mostly similar to that spoken in France but there are some small differences in vocabulary and pronunciation.

As a result of this split, many road signs and other notices around Belgium are written in both French and Dutch. German, while one of the three official languages, is much less prevalent and only spoken by less than 1% of the population.

In Brussels, the main language spoken is French, but like many capital cities these days it is multilingual, perhaps even more so, given it is the home of the EU and the high number of foreign officials and diplomats who live there. All public services and information are in both French and Dutch.

Chocolate is one of the biggest industries in the world, and as it happens, some of the most famous chocolatiers are located in Belgium.

On 24th April 1883 Belgian Charles Neuhaus registered the Côte d’Or brand. A Belgian icon was born! The first Côte d’Or chocolate was made from cocoa beans from the Gold Coast, now Ghana, and given the familiar elephant logo. The first bar was created in 1911.

The famous Côte d’Or packaging was also launched. From their beginnings, these chocolate bars have grown into an assortment comprising dozens of new products and flavours. Including the Mignonnette, Bouchée, Chokotoff, biscuit bars or the launch in 1990 of the Sensations range, the intensely flavoured chocolate for connoisseurs, including Noir de Noir, Noir Intense and Noir Brut.

All of these chocolate delights stem from Côte d’Or’s expertise and passion for the chocolate product. The reasons for its success are obvious: cutting-edge craftsmanship, faithfulness to a unique intense flavour and the original recipe (high cocoa content and impeccable, consistent quality of the beans) and a constant search for new ideas, with the accompanying successful product innovations.

And last but not least: Mondelez International group’s respect for Belgian know-how has ensured that the quality of Côte d’Or chocolate is maintained and internationally renowned. 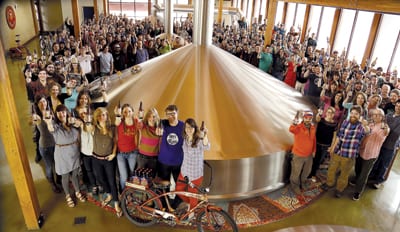 In November 2016 the Belgian beer culture was inscribed by UNESCO on the Representative List of the Intangible Cultural Heritage of Humanity.

Making and appreciating beer is part of the living heritage of a range of communities throughout Belgium. It plays a role in daily life, as well as festive occasions. Almost 1,500 types of beer are produced in the country using different fermentation methods. Since the 1980s, craft beer has become especially popular. There are certain regions, which are known for their particular varieties while some Trappist communities have also been involved in beer production giving profits to charity.

In addition, beer is used for cooking including in the creation of products like beer-washed cheese and, as in the case of wine, can be paired with foods to compliment flavours. Several organisations of brewers exist who work with communities on a broad level to advocate responsible beer consumption.

The sustainable practice has also become part of the culture with recyclable packaging encouraged and new technologies to reduce water usage in production processes. Besides being transmitted in the home and social circles, knowledge and skills are also passed down by master brewers who run classes in breweries, specialised university courses that target those involved in the field and hospitality in general, public training programmes for entrepreneurs and small test breweries for amateur brewers. 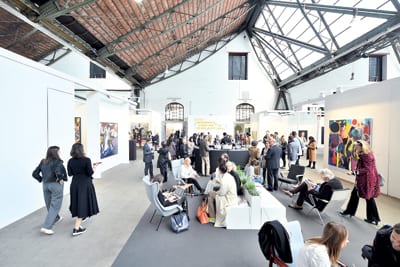 Though it retains its youthful profile as a discovery fair, Art Brussels is one of Europe’s oldest and most established fairs, celebrating its 35th edition this year. Since its inception, Art Brussels has evolved into a must-see international contemporary art fair, and one of the top European art fairs.

For the second time, Art Brussels will take place in the beautiful Tour & Taxis landmark building, a turn of the 20th century customs house, situated in Brussels’ vibrant inner-city area and a location offering ideal viewing conditions for art. Collector attendance is strong with visitors notably from Belgium, France, Germany, Italy, Luxembourg, Scandinavia, The Netherlands and the United Kingdom as well as from countries further afield such as Australia, Turkey and the USA.

As Belgium’s leading fair, Art Brussels continues to build on its profile and track record as one of “Europe’s foremost discovery fairs”, as stated in the New York Times. In this respect, 145 galleries are encouraged to play with the element of surprise by presenting either new work or undervalued historical work in the following sections:
On top of the gallery proposals, Art Brussels brings an exclusive artistic project, a discursive programme of debates, talks, etc. 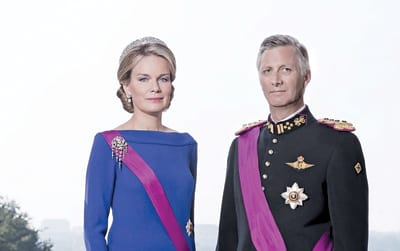 The Kingdom of Belgium

The monarchy of Belgium is a constitutional, popular and hereditary monarchy whose incumbent is titled the King or Queen of the Belgians and serves as the country’s head of state. There have been seven Belgian monarchs since independence in 1830. The incumbent, Philippe, ascended to the throne on 21st July 2013, following the abdication of his father, King Albert II.

In the political domain, the King’s action does not consist of exercising personal power without the cooperation of ministers. The King interacts with players in the political arena by asking questions, expressing opinions, making suggestions, warning and giving encouragement.

His perspective is that of continuity, long-term objectives, and major projects in which the country and the State must engage. The King exerts his influence through dialogue with all those involved in political decision-making.

This enables the King to meet regularly with political leaders and representatives of a wide variety of sectors. These contacts, the content of which remains confidential, are a precious source of information for him and a means of allowing him to exert his influence.

The importance and impact of this political action by the King vary, depending on the circumstances and the pace of public life. It is and must remain constant. However, there are times when the role of the King, while remaining covered by ministerial responsibility, is perceived much more clearly, such as when a government is being formed. 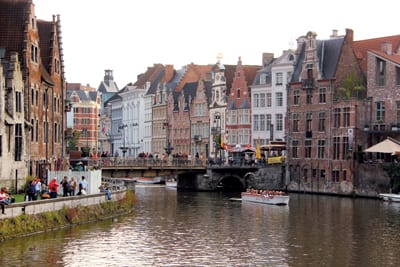 Ghent: Flying Under The Radar

Ghent is a city that was made to be experienced. At almost every turn, there is something fantastic to see, explore, do or eat. It’s cultural, with its share of great museums, theatres, and art/design spaces. It’s historical, with castles, a fortress, centuries-old churches and beguinages to while away our day. And, it’s a foodie’s destination, known as much for its award-winning restaurants as it is for it’s laid back approach to all things food and beer. And, it’s all built around canals and waterways.

Ghent is a city that is best experienced off the beaten path, allowing your mind (as much as your body) to wander in amongst the ancient buildings that merge and mingle with the new. To be jolted out of your gaze by the toot of a tram, because you realise you are actually standing in the middle of the street on a tram track. To breathe in the smells of the fresh seafood and sample the cheese at the Vrijdagmarkt, as you weave in and out amongst the locals picking up their produce, or eating frites for lunch.

A Satisfied Investor Is The Best Ambassador

Serbia has taken courageous steps to tackle different economic challenges, like reducing the deficit and boosting investment. Progress on EU accession also undoubtedly offers foreign companies reassurances that the business environment will be even more predictable, and increases interest among foreign partners. This is even more important for businesspeople than statistics and figures
Read more

The Belgian-Serbian Business Association (BSBA) continues to support prospective investors and promote the country for business cooperation. Regular events organised by the BSBA provide our members with a platform for interacting and offer a variety of opportunities for networking, establishing new business contacts and new business opportunities
Read more

About Belgium Crossroads Of Different Cultures

Located in the heart of Western Europe, Belgium enjoys a key position in the European and international economy. As one of the six founding states of the European Union and home to many international organisations, Belgium has always been a prosperous marketplace, in business with countries from all over the world. Even though Belgium has a fairly recent history (founded in 1830), its colourful past and location at the crossroads of different cultures has shaped the cosmopolitan character it has today
Read more