IMMOFINANZ celebrated its fourth year of successful operations in Serbia

The Austrian company IMMOFINANZ, a leading listed commercial real estate investor in Central and Eastern Europe, last night celebrated its 4th full year of the successful operations in Serbia in the presence of many partners, local officials and media representatives. Since 2015, the company has opened 10 retail parks with the aim to bring global trends to the local population.

The guests present were addressed by Mr. Josko Pitesa, Country Manager for Serbia, Slovenia and Croatia, with IMMOFINANZ. During his speech, he pointed out that Serbia presents a favorable business environment for IMMOFINANZ which will continue to expand further in the Serbian market. 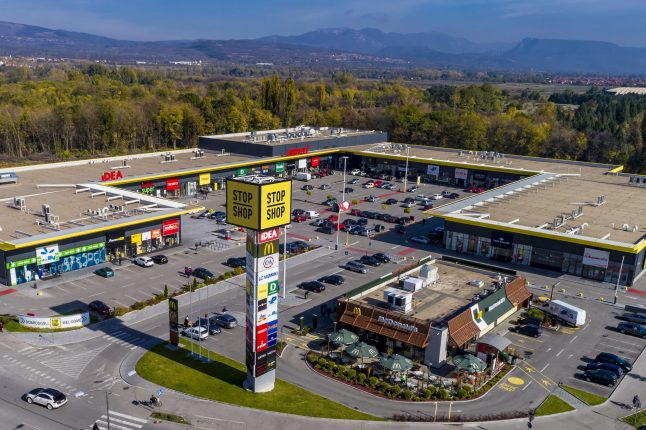 “When we came to Serbia, we had one promise – to stay and invest in the Serbian market. Today, with 10 retail parks, we could proudly say that we successfully completed our goals. In 2015, when we entered the market by the opening of our first retail park in Cacak, we promised that our initial investment in Serbia will amount up to 60 million euros. At the opening of our 10th STOP SHOP in Sremska Mitrovica in August 2019, we proudly confirmed that our total investment in Serbia has increased 112 million euros”, said Mr. Josko Pitesa.

Since the opening of first STOP SHOP in Serbia until now, IMMOFINANZ has created approximately 1,700 jobs for citizens of Cacak, Nis, Valjevo, Lazarevac, Pozarevac, Vrsac, Sremska Mitrovica as well as in acquired retail parks in Subotica, Borca and Smederevo. The STOP SHOP retail parks in Serbia have the total space of 90,200 m2.

“Our experience from these 10 cities and the great demand from our international and local tenants encouraged us to further expand with our STOP SHOP retail parks in the promising market in Serbia and we are looking forward to implementing further projects in the coming years”, stated Mr. Pitesa.

IMMOFINANZ has successfully finalised the acquisition of the Warsaw Spire Tower through the purchase of the respective real estate holding companies. The closing took place...
Read more

The Austrian company IMMOFINANZ is continuing the expansion of its STOP SHOP retail park chain in Serbia. Three new locations will be added in Požarevac, Lazarevac and Vršac with an overall of 23,700 sqm of rentable space. The individual projects are in different stages, but should be completed before the end of 2017.
Read more
Cord MagazineLeaders Meeting Point