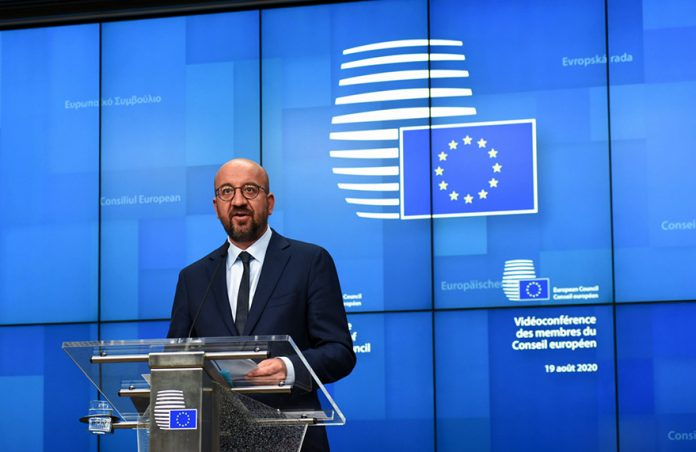 Members of the European Council held a video conference, at which they discussed the situation after the presidential elections in Belarus on 9 August.

“As the elections in Belarus were neither free nor fair and did not meet international standards, the EU does not recognize the results presented by the Belarusian authorities.” Charles Michel, the president of the European Council, says that the European Union is in solidarity with the Belarusian people.

“We do not accept impunity. The protests in Belarus are not about geopolitics. “This is about the right of the people to freely choose their leadership,” Michel said.

Leaders condemned the violence against peaceful protesters. The EU expects a full and transparent investigation into all alleged abuses. They confirmed that civil society and opposition representatives must be protected from arbitrary arrests and violence.

“The EU will soon impose sanctions on a significant number of individuals responsible for violence, repression and electoral fraud. We call on the Belarusian authorities to find a way out of the crisis by ending violence, de-escalation and inclusive national dialogue. Only a peaceful and democratic process, supported by independent and free media and a strong civil society, can provide sustainable solutions. All parties, including third countries, should support such a process,” said the President of the European Council.

We fully support the proposals of the OSCE (Organization for Security and Cooperation in Europe) for dialogue in Belarus and are ready to provide assistance in their improvement, the European Council said in a statement.

The meeting was also attended by the President of the European Commission, Ursula von der Layen, who points out that the EU leaders are impressed by the courage of the people of Belarus, who want freedom and democracy.

“We are sending three clear messages today. First, we stand by the people of Belarus, who want basic freedoms and democracy. Secondly, we will sanction everyone who is responsible for violence, repression and falsification of election results. The people of Belarus took to the streets peacefully and the authorities responded with violence, which is unacceptable. “Third, we are ready to follow the peaceful democratic transition of power in Belarus,” von der Layen said.

In The Wrong Street

Without progress on key chapters, 23, 24 and 35, membership negotiations could grind to a halt. Making matters even worse, as a society we’ve...
Read more

Nataša Dragojlović, Coordinator of The National Convention On The European Union

No Progress Without A Change In Approach

Both the eu and membership candidate countries need to change their approach. Candidates need to work faster and more decisively, and the eu needs...
Read more

Serbia Needs To Do Much Better: Democracy And Rule Of Law Are Key

The critical tones of the european commission report make it unlikely that Serbia’s EU accession process will speed up substantially, though that represents a...
Read more
Cord MagazineLeaders Meeting Point