The emergence of teen climate activists like Greta Thunberg is no gimmick. In fact, to galvanize climate action and achieve sustainable development, children must be put at the center of national strategies, and giving them a healthy future must be placed above all other concerns

Our house is on fire – warned the teenage climate activist Greta Thunberg at last year’s World Economic Forum meeting in Davos. Her pointed words – accusing adults of sitting idly by as the planet burns – quieted a roomful of global leaders, inspired young activists worldwide, and underscored the critical importance of putting children at the center of global action to build a better future.

Climate change is happening now. That was apparent in Australia’s recent unprecedented bushfires, in which 18 million hectares burned and an estimated one billion animals died. It was also reflected in India’s 2019 heat wave, among its longest and most intense in decades. And a warming planet is contributing to the global spread of dengue, a mosquito-borne viral infection.

Yet, even as the clock runs out on our ability to avert a catastrophe, global climate action is not gaining the needed momentum. As Thunberg and other youth activists have underscored, it is our children who will bear the brunt of this failure, as they inherit an increasingly inhospitable planet.

Climate change is not the only area where we are failing our children. Predatory commercial marketing that targets children and their caretakers is contributing to the widespread consumption of unhealthy products, such as alcohol, tobacco, e-cigarettes, and sugar-sweetened beverages. The global economic losses associated with the inappropriate use of breast-milk substitutes – associated with lowered intelligence, obesity, and increased risk of diabetes and other non-communicable diseases – amount to an estimated $302 billion. 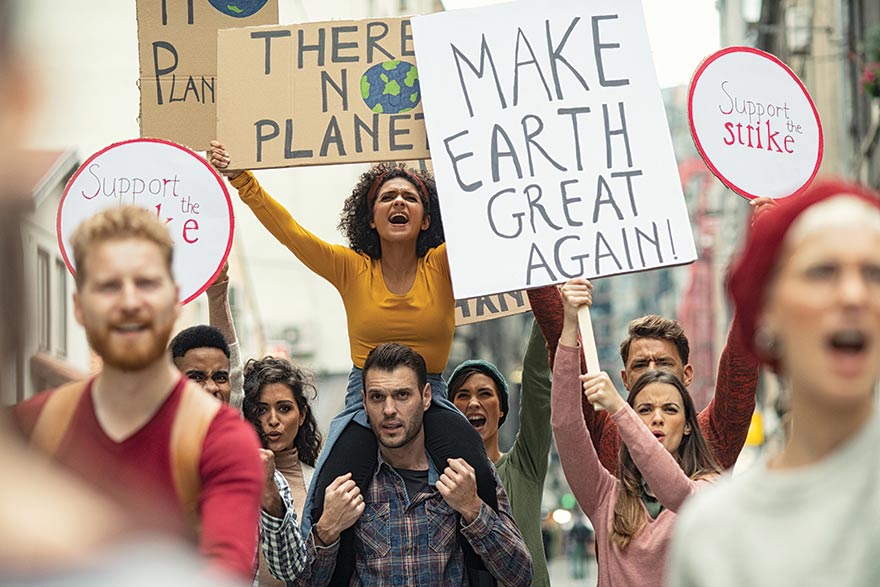 Children are our most precious resource, and they deserve to live long, healthy, and productive lives. To determine how to enable them to do just that, the World Health Organization, UNICEF, and the Lancet recently convened a landmark commission – which I co-chaired, along with Awa Marie Coll-Seck, Minister of State in Senegal – that brought together 40 experts on child health and wellbeing.

Climate change is not the only area where we are failing our children. Predatory commercial marketing that targets children and their caretakers is contributing to the widespread consumption of unhealthy products, such as alcohol, tobacco, e-cigarettes, and sugar-sweetened beverages

As the commission’s report – “A Future for the World’s Children?” – notes, the key is to invest in people while they are young. Evidence shows that hungry children have poorer health, worse educational outcomes, and earn less as adults. Children who are exposed to violence are more likely to commit violence. Conversely, children who receive proper nutrition, appropriate care, and quality education grow up to be healthy, productive citizens, who are presumably better equipped to raise healthy, productive children of their own.

In short, investing in children today brings lifelong, and even inter-generational benefits. This brings value to all of society. For example, a school-building program undertaken in Indonesia in 1973-1979 has helped to boost today’s living standards and tax revenues.

The return on investment in children is remarkably high. In the United States, every dollar invested in a preschool program was found to bring $7-12 in societal benefits per person, via reductions in aggressive behavior and improved educational attainment. In lower-middle-income countries, every $1 invested in maternal and child health can bring over $11 in benefits.1

But we should not pursue such investments only because of the numbers. If we can’t protect our children’s futures, what is the measure of our humanity?

TheWHO-UNICEF-Lancet Commission calls upon leaders at every level, from heads of state and government to civil-society and community leaders, to place children at the center of strategies to achieve sustainable development. This will require long-term vision, with presidents and prime ministers ensuring that sufficient funds are directed toward the needed programs and supporting effective collaboration among ministries and departments.

Every sector has a role to play in building a world fit for children. For example, traffic accidents are the number-one killer of children and young people aged 5-29, implying an urgent need for interventions to improve road safety. Likewise, with 40% of the world’s children living in informal settlements – characterized by overcrowding, poor access to services, and exposure to hazards like fires and flooding – housing reform is essential.

WHO: Three Possible Scenarios For The Pandemic

The World Health Organization (WHO) has released an updated plan for Covid-19, describing three possible scenarios for how the pandemic may develop by the...
Read more

Catherine Russell took office today as UNICEF’s new Executive Director, becoming the fourth woman to lead the organization in its 75-year history. “It is an...
Read more