At the end of 2016, Dr Verica Lazić, director of the National Health Insurance Administration, welcomes with satisfaction the results of the institution that she has headed since last year. As she says, she is proud of the achievements, especially the fact that for the first time in Serbia the practice of placing medicines on the list of medicines with the signing of special contracts has been established, thanks to which part of the costs of new medicines for the needs of insured people is borne by pharmaceutical companies.

– Thanks to that the NHIA will, through the three-year duration of the special contract, allocate significantly less additional funds for new medications than would be allocated for the same medicines to be placed on the list of medicines without any special contract – says Dr Lazić at the beginning of this interview for CorD Magazine.

How many innovative medicines have been added to the list of medicines in this way?

– The NHIA has submitted requests for innovative drugs for years, and the guidelines, which recognised models of special contracts, entered into force during 2014. Under the auspices of fiscal consolidation measures, funds in the financial plan of the NHIA were reduced in 2015, and in such a situation it was not possible to add innovative new medicines, which represent extremely expensive therapy, to the list of medicines. In 2016, 996,5 million dinars have been allocated for these medicines.

Intensive work was undertaken on the elaboration of models of special contracts and defining the list of priority medicines by the competent expert commission, in order for special contracts to be introduced for the first time in Serbia, all with the aim of securing as many new medicines as possible in the context of limited resources. Thanks to this, we were able to add to the List of medicines 23 new drugs at the expense of the compulsory health insurance, which means a larger number of drugs than would be secured for those funds without special contracts.

Do you succeed in securing continuous supplies of medicines for health facilities?

– This is our main goal as an institution. As medicines in Serbia are secured through public procurement, it is of vital importance that there is constant communication between the competent services of the NHIA, the Ministry of Health, medicine wholesales, medicine permit holders, manufacturers of medicines and medical institutions or pharmacies. In this regard, in the case of timely notifying of possible problems in supplying the medicine market, we undertake activities to secure greater amounts of appropriate therapeutic alternatives from other manufacturers or, in exceptional cases, if necessary, unregistered medicines are also placed on the List of medicines.

Considering the complete picture of the medicine market in Serbia and the number of medicines on the List of medicines, I can say that the availability of medicines for insured people is at a satisfactory level.

How much of the NHIA’s total budget is earmarked for medications?

– The NHIA allocated about 43 billion dinars for medicines in 2015, which represents about 20 per cent of the total budget available to this institution. This year that amount will be even higher, primarily due to higher growth in spending on medicines from the C list of medicines, which are particularly expensive. It is important to know that the NHIA settles all obligations for medicines promptly and pays special attention to regularly paying all of its obligations towards all health institutions.

There has also been plenty of controversy about replacing health booklets with cards. How much progress has been made with that?

– The project of replacing health booklets with health cards is still continuing. In April 2016, with the new annexing of the Agreement on Donations with the National Bank of Serbia, it became possible, in addition to newborn children and vulnerable insured people, for free health cards to be received by victims of domestic violence and children with special needs. The legal deadline for replacements is 31st December 2016. So far more than 4.5 million requests to replace health booklets with health cards have been submitted. 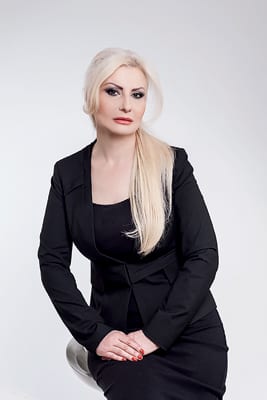 Shorter waiting times for cataract operations
– When it comes to cataract surgery, the National Health Insurance Administration, via the concluding of contracts with ten private health institutions, has secured an additional capacity of 3,080 services. Since the beginning of 2016, when insured people began being directed to these institutions, of the 2,995 insured people who opted for surgery at private facilities, 2,323 have been operated on – says Dr Verica Lazić.

What is the situation like when it comes to referring patients abroad for treatment?

– In 2016 the Ordinance on conditions and methods for sending insured people abroad for medical treatment was amended. The Gamma Knife Centre at the Clinical Centre of Serbia began working, which freed up financial resources that have for years been spent on referring patients abroad for gamma knife treatment and which can now be used for other indications.

The Ordinance has an expanded list of indications for referral for treatment abroad for indications that impact on the youngest segment of the population, children and adolescents, while there have also been additions to the list of foreign medical institutions with which we cooperate. For the first ten months of 2016, the NHIA sent 544 insured individuals for treatment abroad, and the amount paid on this basis during the mentioned period exceeds 307 million dinars. Of this number of insured people, 449 were children.

You have also expanded some of the rights of insured people when it comes to rehabilitation.

Insured people can once again undergo in-vitro fertilisation procedures at private health institutions at the expense of the NHIA. At how many institutions is that now possible?

– In order to shorten waiting times for the provision of in-vitro fertilisation services, the NHIA, on the basis of a public call, concluded contracts with private health institutions and secured capacities until year’s end. So now, in addition to five state medical institutions, insured people can also opt for one of 11 private institutions.

Since the beginning of the year, the NHIA has directed in the process of in-vitro fertilisation 2,426 insured people – 1,364 to state facilities and 1,062 to private health institutions. Patients now that right to make three attempts at in-vitro fertilisation at the expense of the NHIA, instead of two, as was the case to date, and under the same conditions as the first and second attempts.

Babies With Cerebral Palsy Can Be Helped With Early Rehabilitation

Cannabis On Prescription? Yes, No, Maybe!

Administration By Saving The Patients Also Get More

For the first ten months of 2016, the NHIA sent 544 insured individuals for treatment abroad, free in-vitro fertilisation was performed at as many as 16 health facilities, availability of drugs is at a satisfactory level, while patients' rights have been extended when it comes to rehabilitation
Read more

Every Other Citizen Of Serbia Dies Of Cardiovascular Disease!

In 2014 some 53,993 people in Serbia died of heart and blood vessel diseases
Read more

Bel Medic General Hospital is the only hospital in Serbia that has a complete centre for minimally invasive surgery. The goal of the centre is to eliminate the need for conventional surgery through the development, testing and implementation of less invasive procedures. Bel Medic provides surgery in all medical fields: VATS, laparoscopic surgery, arthroscopy and endoscopic spinal surgery
Read more

Another Year Older, But Younger

Why shouldn’t the New Year bring with it a new and fresher face? It’s still not too late for that to happen
Read more

Pregnancy represents one of the most beautiful experiences for women, which carries with it a great sense of responsibility. Support is needed from loved ones, but also professional people who should provide all necessary information related to this complex condition, which in Serbia is referred to with reason as the “second state”. Women who have been informed and sure of themselves have had positive experiences
Read more

Implant dentistry was developed with the idea of rehabilitating the chewing function so that patients without teeth could eat well without removable dentures, since...
Read more

Cannabis On Prescription? Yes, No, Maybe!