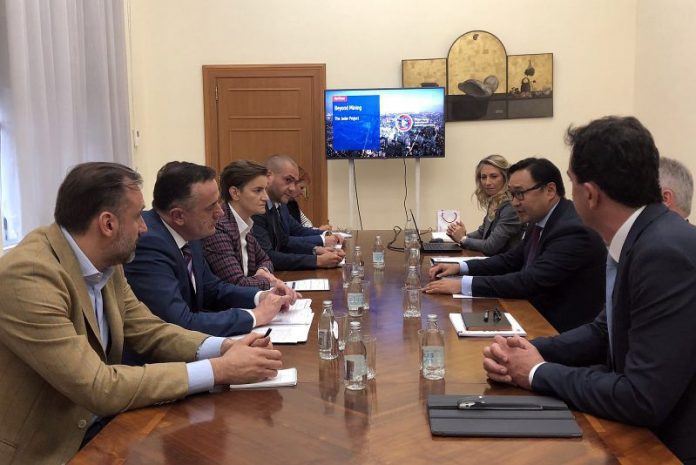 The opening of the Belgrade Waterfront Galeria...
Read more

National Assembly of the Republic of Serbia...
Read more 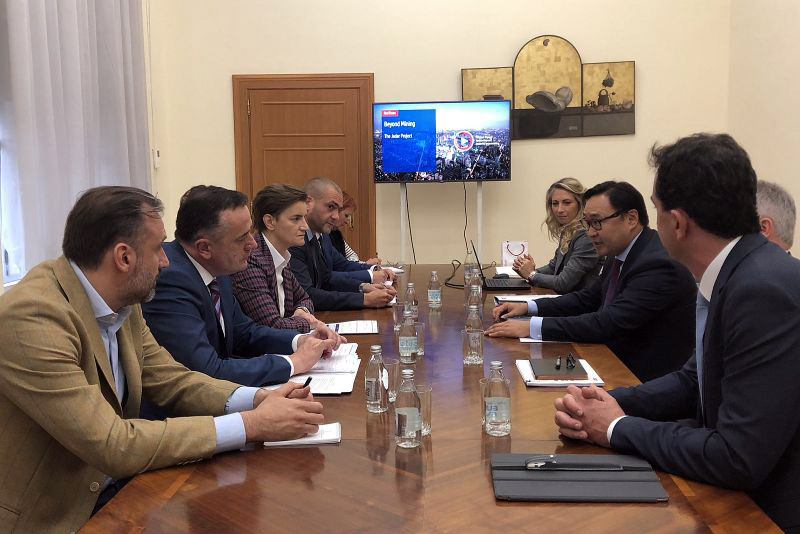 Prime Minister Ana Brnabic and Minister of Energy and Mining Aleksandar Antic met today with representatives of the international mining and metals group Rio Tinto, which is working on the development of the Jadar project.

The members of the delegation, led by Executive Director of Rio Tinto, Energy and Minerals, Bold Baatar, briefed Brnabic and Antic on the progress of the project that is being implemented in the Loznica area, which is one of the company’s three major development projects at the world level.

The interlocutors emphasised the importance of the unique Jadarite deposit and the expected completion of the multi-year geological survey phase early next year, in accordance with the law.

During that period, the company invested in more than 300 wells and processed more than 200 kilometres of the core.

Rio Tinto has so far invested and earmarked more than $200 million in the development of the Jadar project, with a final investment decision expected in 2021.

The participants in the meeting confirmed the mutual interest to continue close cooperation in the preparation and adoption of strategic planning documents, supporting permits and road and utility infrastructure necessary for the development of a modern mine and industrial facility.

Representatives of Rio Tinto underlined the importance of excellent cooperation with the government of Serbia and conveyed their gratitude for the support so far in the development of the project to the Prime Minister, Minister Antic, other ministers and representatives of local self-government.

The Jadar project involves the development of underground mines and the construction of an industrial plant for the metallurgical and technological processing of Jadarite concentrates.

In July 2017, the government of Serbia and Rio Tinto signed a Memorandum of Understanding establishing the foundations for cooperation on the development of Jadarite deposits, and today’s meeting is one of a series of regular meetings since the signing of the memorandum, bearing in mind the strategic importance of this project for Serbia, the Podrinje region and company Rio Tinto.