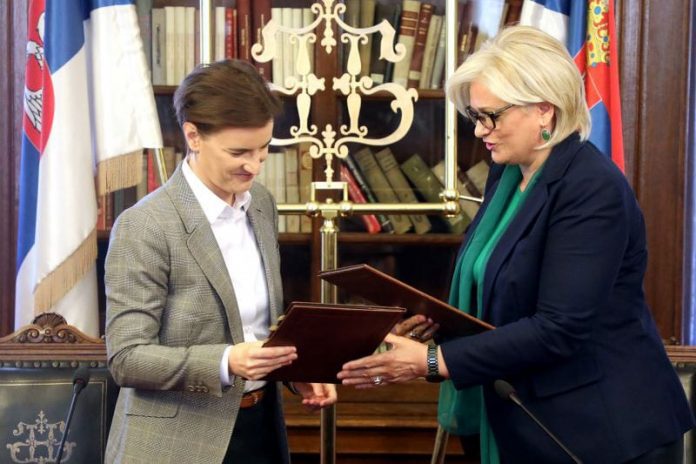 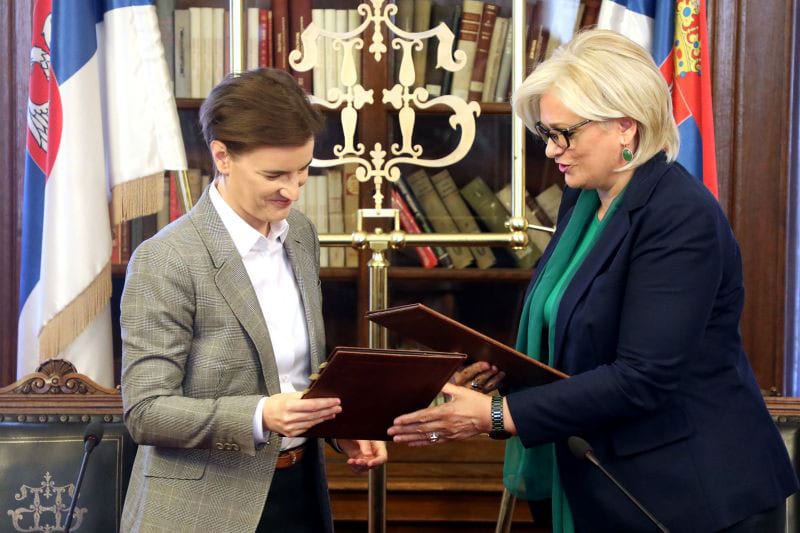 Prime Minister Ana Brnabić and the Governor of the National Bank of Serbia (NBS) Jorgovanka Tabaković signed today the “E-Serbia” Protocol on Cooperation in order to further improve the digitization in the Republic of Serbia, which will provide citizens with faster and better quality services.

After signing this document at the National Bank of Serbia, Brnabić explained that it regulates the cooperation between the NBS and the Government in order to create all the preconditions and active action for further improvement of the digitization process, in order to place Serbia among the most digitally developed societies in Europe.

She also underlined that she expects that Chapter 9 in EU accession negotiations will be opened tomorrow, which deals with financial services and assessed that this is good news for Serbia because it continues to work on reforms.

Tabaković pointed out that the goal is to show that electronic services are not the privilege of the Government alone, but that all citizens have the right and to use them and to be electronically literate.

She added that electronic services save time and money, enable citizens to use modern technologies and be involved in the modern world.