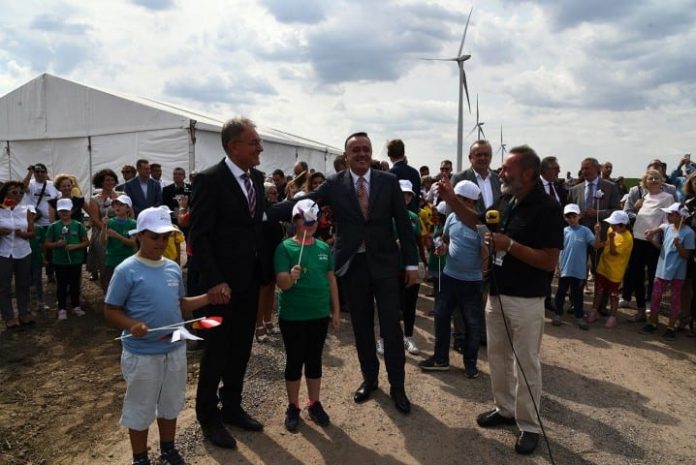 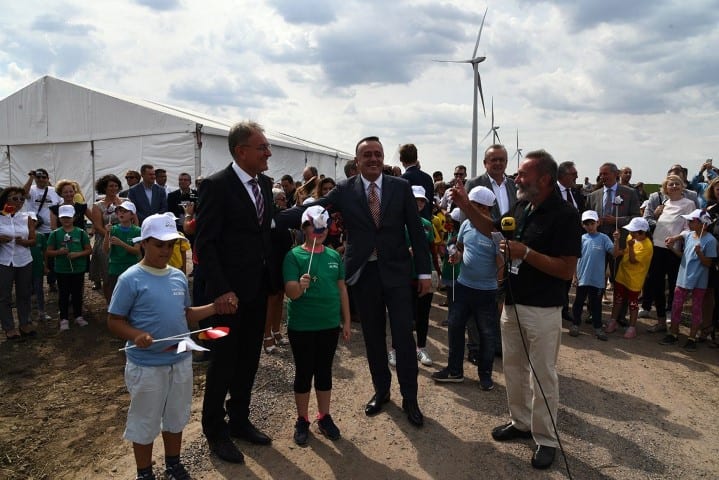 Belgian company Elicio opened on September 11th another wind farm in Serbia, with 21 turbines with a total capacity of 42MW. The EUR 80 million investment will be supplying 38,000 more households with wind energy.

The official opening ceremony for the Alibunar Wind Farm was attended by Minister of Mining and Energy Aleksandar Antić, Ambassadors of the Kingdom of Belgium and Switzerland, representatives of IFC, UniCredit Bank, representatives of the Provincial Government, Municipality of Alibunar and numerous partners and associates on the project.

“A lot of time and energy was invested to achieve a modern, developed and technologically advanced Serbia where we can now see wind farms. I want to particularly thank the investor, who recognized our country as a stable and strong partner for project such as these, which we will continue to see in the future, and which will help increase the overall energy security and renewable energy use,”said Minister Aleksandar Antić, adding that 200 MW more in wind energy would be launched by the end of the year, and by 2019 and 2020, an additional 200 MW, which will complete the 500 MW objective for wind energy.

CEO of Elicio NV, Ludo Vandervelden underscored the importance of the support from the Government of Serbia, the local administration and major financial institutions in the implementation of renewable energy projects:”We are celebrating the opening of our second wind farm and thanks to this high voltage project, as well as last year’s project Malibunar, soon we will be supplying over 45,000 households with wind energy, and we have also accomplished a reduction of 105,000 tons of CO2, which is a significant contribution to protecting the environment.”

Financial support to the project was also provided by the IFC Group of World Bank, UniCredit Bank, FMO and GGF, which invested EUR 60 million, confirming their dedication to green energy projects and the fight against climate change.

“Alibunar Wind Farm is a perfect example of a green energy project in Serbia. It will contribute to Serbia fulfilling its obligations from the Treaty Establishing the Energy Community to have 27% of its energy consumption from renewable sources by 2020,” explained Thomas Lubeck, IFC Regional Manager for Southeast Europe. Head of the Executive Board of UniCredit Bank, Feza Tan, agreed, adding that she was proud that UniCredit Bank was one of the partners who would, together with other participants in the project, contribute to a healthier and better future for new generations and the environment.

The opening was also attended by 60 children from the elementary schools of the Municipality of Alibunar, with which Elicio has exceptional cooperation. Together with guests, the children symbolically activated one turbine, and in October, the Alibunar Wind Farm will be connected to the grid and will start producing electricity.