The government of Serbia has established a...
Read more

EBRD activities in Serbia continue to be focused on improving the governance of stateowned and private companies, supporting investments that help increase innovation and productivity, strengthening the resilience of the economy and promoting green initiatives, such as investments in renewable energy

We spoke with Daniel Berg, EBRD Director for Serbia, about the Bank’s engagement in the future, the role of foreign investors in transitional economies and EBRD support to domestic companies.

The EBRD’s new transition concept, introduced this year, claims that a good market economy is one that is competitive, inclusive, well-managed, environmentally friendly, elastic and integrated. What does that mean in practical terms for the EBRD’s activities in transition economies like Serbia’s?

– The EBRD assesses the magnitude of so-called “transition gaps”, which denotes the relative performance of a country in each category compared to what we would describe as the “best-performing” countries. Serbia is in the middle range, with relatively large gaps in nearly every category. The largest gaps are in the categories – “competitive”, “well-governed” and “resilient”.

This “transition gap” assessment is the basis for developing EBRD’s Country Strategy and that strategy then defines areas and actions that can best target and respond to the gaps. In Serbia’s case, EBRD activities – both lending and policy advice – continue to be focused on improving the governance of state-owned and private companies, supporting contain investments that help increase innovation and productivity, strengthening the resilience of the economy and promoting green initiatives, such as investments in renewable energy. We will also continue supporting Serbia’s integration with the Western Balkan region and Europe, through infrastructure investments and policy support.

The EBRD assessment of the magnitude of socalled “transition gaps” shows that Serbia is in the middle range, with relatively large gaps in nearly every category, the largest being in the categories – “competitive”, “wellgoverned” and “resilient”

What do you consider as being the most important priorities of the government in the period ahead?

– Our forecast from May was 2.9 per cent in 2017 and 3.0 per cent in 2018, with domestic demand driving growth. However, growth can be negatively impacted by first-half developments, including in the energy and agricultural sector. Government is seeking ways to counteract these negative developments, but in the medium to long term, growth can be supported primarily through an improved business climate. This includes successful fiscal consolidation, macro stabilisation and, more importantly, implementing structural reforms. 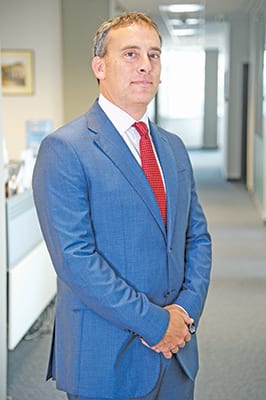 Economic programmes under the IMF’s three-year precautionary Stand-By Agreement are yielding results. The fiscal indicators are ahead of programme targets (fiscal deficit fell from 6.6 per cent of GDP in 2014 to 1.4 per cent in 2016, while public debt is stabilising). However, public debt remains high, at around 73 per cent of GDP. The restructuring of large public companies needs to be accelerated, as they distort markets and their performance can impact on government spending requirements.

Accelerating growth is important to support both economic convergence and the reduction of public debt. Serbia should target around four to five per cent annual growth in the medium term, in order to achieve meaningful convergence towards developed countries.
This requires further reforms in support of investment and economic resilience.

Our studies show that, along with macroeconomic stability, better governance, economic inclusion (encouraging the employment of the young, women, older people and disadvantaged groups), infrastructure quality, energy efficiency and NPLs/corporate over-indebtedness are the most important factors to address in support of productivity and growth.

We expect the new Serbian Prime Minister to maintain the reform initiatives and work on convergence with the EU and integration within the Western Balkans. The EBRD has an effective relationship with numerous government ministries and we expect to maintain our good work, as with the government to date.

Although the EBRD is constantly present in Serbia, the scope of this engagement is less than it was five years ago, when these investments reached around 500 million euros. What are the key reasons why Serbia is now oscillating between 300 and 400 million euros of EBRD support?

– The EBRD does not set a certain target for its annual business volume but is rather more concerned about the quality of its investment and policy inputs. To some degree, a lower volume of EBRD investment is a sign of success, as the State and many companies and banks can now access financing on their own.

We try to make sure our investments remain both additional and make an impact on the country’s continuing transition to a fully functioning market economy. As such, our investments are often linked to policy measures – as we see in state and municipal companies, such as EPS and GSP. Our private sector investments are also tied to new technologies or governance measures.

This year, for example, we have devoted significant attention to investments in renewable energies. These projects may not be easy to finance without an EBRD involvement, given the long tenor and dependence on regulatory/policy measures. Besides our continued investment activities, we have actually increased our policy advisory activities.

This includes SME advisory programmes and high-level policy interventions with the state and state entities. We expect to continue such policy work in the coming years.

How important do you think the entry of foreign investors was for economic sector reforms?

– Our Transition Report (and for that matter, an array of domestic and international observers) have noted that the Serbian economy can benefit greatly from greater innovation and entrepreneurialism. 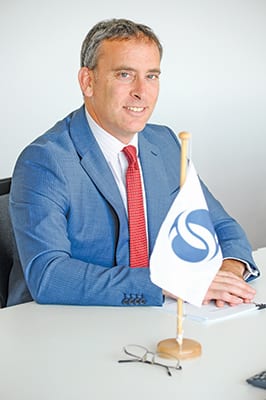 We have found that foreign investment is likely to bring exactly these attributes — modern technologies, raising productivity and export capacity.

Foreign investors bring new ways of doing business, linkages to international value chains, training in new technologies etc. They also encourage other investors, suppliers or clients to come and invest, so in this way, they help build productive clusters and increase the domestic value-added. They are also usually leaders in pushing for a better business environment and combatting the shadow economy (e.g. as through the Foreign Investor Council).

These steps also help domestic entrepreneurs. Finally, foreign investors usually provide better pay, training and working conditions compared to many domestic companies, thus creating healthy competition for labour. Of course, not every foreign investor behaves perfectly — and they should be held to the same standards – but, on balance, FDI has definitely been a plus for the economy.

You have financed mainly large trade players and their entry into the Serbian market. Why did such financially strong companies require EBRD support?

– We have supported both large foreign investors and small local companies. Investors work with the EBRD for a host of reasons – be it our experience in the sector, country and region, our ability to provide creative financial products, or our ability to syndicate large loans. The EBRD provides more than money – it provides local knowledge and long-term partnership, which can support investors throughout the life of their investments.

Foreign investors, such as those in the FIC, are usually leaders in pushing for a better business environment and combating the shadow economy. These steps also help domestic entrepreneurs

Every time the EBRD “enters” some Serbian company, it is considered high quality, but when it “exits” or “withdraws” from a company, the public’s prejudicial perception is that something doesn’t function properly in that company. What exactly are your principles when you choose to be a shareholder in an enterprise or to sell your stake, as happened with Agri Evropa?

– I do not agree with the presumptions behind this question. If companies and countries did not need EBRD support, either financial or policy support, we likely would not be involved whatsoever. Although we cannot invest in companies that are beyond hope and the companies we support may be relatively strong performers, they still require EBRD support to fulfil their objectives (often hoping to become world-class competitors).

EBRD support helps them achieve this, and there are many examples of our equity investments leading to great successes. Ultimately, however, the EBRD is not the lead shareholder and cannot force a company and shareholder to do something if they are not themselves committed to reforms and improvements.

We aim to support private investment and in so doing we can temporarily become co-owners in order to encourage certain investments or help make them more efficient. We usually exit when the company does not need us any longer or when there are other private investors ready to invest.

You recently encouraged the formation of a national mark of “Serbian quality”. How much can such instruments help preserve the place of local products on the domestic market, where very strong foreign competition is present?

– Since Serbia has liberalised most of the sector, agribusiness companies are exposed to tough competition. Partly due to the country’s isolation in the 1990s and limited investments, Serbian companies lost their historic export markets. Recently, being outside the EU, there has been little direct EU support to agriculture compared to neighbouring EU members. In this tough environment, only niche players or large vertically-integrated businesses can survive.

However, Serbia is still known for its tradition of agricultural quality. Therefore, the EBRD, together with the FAO, has worked with the Ministry of Agriculture and relevant associations to develop a Serbian Quality Mark, to help differentiate its quality products.

Since Serbia is not likely to be a high-volume producer, we believe it is appropriate to focus on this quality. This is an important first step; much more is needed to make such initiatives sustainable, and we intend to continue to work with our partners on these initiatives.