Connecting the region and strengthening ties with the EU are important preconditions for further progress and the full integration of the region. Accepting European standards should result in economic growth and improvement of the quality of life of citizens, which the Government of Montenegro has recognised as a priority

The summit in Vienna should define the key infrastructure projects and generate greater interest in other EU member states to engage in the process as potential investors in priority infrastructure projects, and as a future “sponsors” of the process which is the guarantor of lasting stability in the region and its integration into the EU, says the Montenegrin Deputy Prime Minister Vujica Lazovic.

How do you assess the effects of the “Berlin Initiative” in a political, security and economic sense, and what do you think the next 23rd August summit in Vienna should bring?

– The Berlin process plays an important role in the pace of economic development in our region. As a practical expression of informal political initiatives by the Western Balkans sextet (WB6) that Montenegro initiated with the aim of intensifying practical cooperation in the sectors of the greatest importance for the development of the region, is realised together with the European Commission and the EU Member States. This cooperation primarily relates to better infrastructure links between the region countries, but also between them and EU countries which will create conditions for better trade contacts, tourism, and the movement of people and goods.

Another important infrastructure priority is the energy, which in our region is a huge untapped potential, especially the hydro, solar and wind energy, which the countries in the region, jointly networked in the power transmission systems, can export to the EU countries. Of course, there is a potential in the sites of natural gas in the waters of the Adriatic Sea, including the part of the Montenegrin sea, which together with the project Ionian-Adriatic Pipeline, as a continuation of the Trans-Adriatic Pipeline, aims to diversify the sources of natural gas supplies by transferring gas from Azerbaijan, and reducing dependence on one single supplier.

In this context, how do you see the role of Montenegro, which is the most advanced in the European integration process among all the region’s countries?

– Connecting the region and strengthening ties with the EU are important preconditions for further progress and the full integration of the region. Accepting European standards should result in economic growth and improvement of the quality of life of citizens, which the Government of Montenegro has recognised as a priority and it is focused on fulfilling the obligations defined by national and European strategic documents.

During a recent visit to Brussels, in discussions with senior officials from the European Commission, we emphasised the role of Montenegro in the European integration process, as well as support in the process of implementation and the achievement of concrete results. In this regard, Montenegro will continue cooperation and intensify the fulfilment of obligations and the definition of further guidelines ensuring the smooth flow of the European agenda.

In your opinion, how important was the meeting in Riga at which the roads that are being built in the Western Balkans joined the plan of European corridors?

– The meeting in Riga is of crucial importance for the future of the Montenegrin economy. By linking the roads of the Western Balkans, which are now built into the plan of European corridors, we are building the infrastructure necessary to better connect and integrate with the European market. The main network (Core network) connects the capitals of the Western Balkans, the main economic centres and ports.

Through the implementation of large infrastructure, road and rail projects, we gain a prerequisite for economic growth and development. Montenegro, as a Mediterranean country, will be one of the arms that connect the Orient and the Mediterranean, and through the major network, it gains a chance to be part of the European market in the real sense. Although the highway is an expensive project and there are a few who disapprove, all criticism falls to pieces when you become part of such a network of transport and roads.

What does Montenegro expect when it comes to developing unique European energy policy and how does it adapt its projects to the EU’s new strategic objectives?

– Montenegro has been a member of the Energy Community of Southeast Europe since 2006. and it participates actively in the work of all departments. We have collaborated for years with experts from the Energy Community and they were involved in all activities related to the reform of this sector. 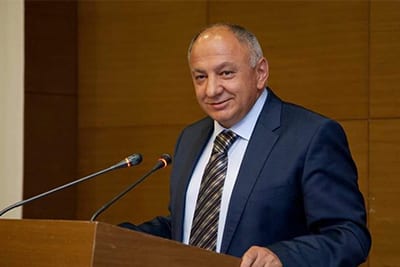 Through its strategic orientation, which is wholly consistent with the energy strategy of the EU, Montenegro has indirectly been part of the European energy community for almost ten years.

The Energy Community accepted a list of priority infrastructure projects in line with the EU practice, where there are three projects nominated by Montenegro and approved by the Energy Community. These projects are the construction of the Adriatic – Ionian gas pipeline, construction of the Lastva – Pljevlja and Pljevlja – Bajina Basta transmission lines, as well as the project to build a series of small hydropower plants on the river Lim.

What is the stance of the government of Montenegro regarding the pace of construction of another thermal power plant (TPP) in Pljevlja?

– The Government’s stance on the issue of Block 2 is clear! All activities have to be accelerated. It is known that the basic precondition to continue cooperation with A2A is the construction of Block 2. The negotiations and compliance of the contract with Skoda are in the final stage and that is a very good sign. We are implementing some intensive activities on the harmonisation of the interstate agreement between the Czech Republic and Montenegro, as an instrument to further accelerate the creation of conditions necessary for the realisation of this important project.

The Government recognises the importance of the moment in which the project is implemented, particularly in terms of the expected growth in electricity prices in the region. In order to meet the prescribed standards, large investments in the ecology of thermal capacity in the region will result in increased prices and many plants will be shut down.

News is arriving from the region regarding an interest in pooling capacities, i.e. taking over the EPCG. What is the government’s opinion on the privatisation of strategic state enterprises?

– In the agreement on recapitalisation and privatisation, the government had the option to purchase the shares of A2A. Let me remind you that the Parliament predicted, with the conclusion in 2012, the protection of national interest by preserving majority ownership in EPCG. Now the government estimates that EPCG, as a strategic company, should remain under state ownership.

That doesn’t mean that we are not interested in the proposals that can contribute to better efficiency of the company, as long as the strategic goal of retaining majority ownership is not compromised. The Government of Montenegro is ready for dialogue with companies that have the strength for that.

In which areas do you intend to expand cooperation with Chinese investors after the very successful beginning of the project to build the priority sections of the Bar-Boljare highway?

– Montenegro successfully launched cooperation with Chinese companies even before the conclusion of construction and design of the first section of the Bar-Boljare highway. Certainly good cooperation has continued through this, currently the biggest, infrastructure project in the history of Montenegro.

As the main project, I would emphasise the reconstruction of the railway from Bar to Belgrade, and further on to Budapest. The estimated value of the project for the part that would go through Montenegro is around €140 million. Moreover, the Montenegrin port of Bar, with its capacities and free customs zone, deserves to be utilised more by Chinese partners and recognised in the future as one of the entry points to Europe for Chinese products.

This project is of regional significance because from this port we can distribute goods in all directions in Europe. Soon we will start the procedure for establishing the first charter flights between Montenegro and China, which would certainly impact on growth in the number of tourists from China.

Are you satisfied with the pace of growth in foreign trade with China and what do you expect in the coming period?

– Economic relations between these two countries have for years boiled down to Montenegrin imports from China. This cooperation will begin to have a different form in the near future when Chinese companies and bankers show interest in some of the development projects in Montenegro. This was particularly supported through the regional initiative “16+1”, which represents cooperation between China and the countries of Central and Eastern Europe. In this context, economic relations between these two countries are starting to be increasingly meaningful.

The .ME domain is a kind of internet Ambassador of Montenegro in the world

The trade exchange is constantly growing, but, unfortunately, imports from China still account for more than 90 per cent of total trade, while exports from Montenegro are negligible. However, the potential exists for the development of cooperation. Montenegro is particularly interested in exporting wine, minerals, meat and other products.

How strong is the “.me” domain today as an export brand of Montenegro, following the fantastic success recorded when it was launched?

– The first .ME domain was registered in 2008, after which it became one of the fastest-growing state ccTLD (country code Top Level Domain). With annual growth of 6.14% and reconstruction percentage of 63.2%, we now have more than 800,000 domains! The domain .ME is a kind of Internet Ambassador of Montenegro in the world, which helps the country build a national identity in the virtual world, as well as a global brand and the most personalised domain on the internet.

The priceless strength of our brand export .ME is reflected in the established cooperation with internet giants such as Facebook, WordPress, Mercedes, Al Jazeera, Google, The New York Times and others. Millions of internet users from over 200 countries around the world are faced with various amenities originated the .ME domain every day. Established cooperation with 212 accredited registers and over 169M of indexed pages on Google are certificates of a good policy, which was conducted in a mission to popularise and build the brand of our national .ME domain.

How do you view the continuation of initiatives in the region in the field of telecommunications, which brought cheaper roaming tariffs? Have the countries in the region angered mobile operators who operate in their countries or have they contributed to enhancing the quality of life of their citizens?

The cheapening of roaming tariffs for countries in the region is planned to take place over a period of three years: lowering prices in June this year and then on 30th June 2016, and then the last price reduction of roaming services the year after. At this pace, the prices of roaming services in the region for three years will be reduced to a level that is determined by the directive of the European Commission, to which the countries of the region have committed themselves by signing the interstate agreements.