Garry Jacobs, President And CEO Of The World Academy Of Art & Science, Chairman Of The Board & CO Of The World University Consortium

Recent wars have only proven that they...
Read more

One piece of good news is that...
Read more

With a stable macroeconomic situation, rising employment and growing output on its side, the Serbian Government has a great opportunity to decisively address the underlying weaknesses that have been constraining the country’s output potential

While the complicated economic situation back in 2015 prevented the Government of Serbia from fully addressing structural reforms, the circumstances today are very different. Improved macroeconomic stability and better overall results in business activity and employment are creating a favourable environment for policymakers to promptly implement the comprehensive structural and institutional reform agenda and remove obstacles hindering the more robust growth of the economy, says Sebastian Sosa, International Monetary Fund – IMF Resident Representative in Belgrade.

What are the key priorities of the PCI-supported programme when it comes to sustaining macroeconomic and financial sustainability?

– The PCI-supported programme aims to preserve and consolidate the achieved macroeconomic sustainability and financial stability. On the macroeconomic front, this means maintaining low and stable inflation, a strong fiscal position that keeps public debt on a clear downward trend, an external sound position and the further reducing of unemployment. Financial sector priorities include continued reductions in the level of non-performing loans, completing the reforms of state-owned financial institutions and addressing identified weaknesses in the AML/CFT framework. However, the programme’s primary goal is to advance an ambitious structural and institutional reform agenda to foster rapid and inclusive growth, job creation and improved living standards.

Serbia’s efforts should focus on addressing the key constraints that limit the Serbian economy’s production capacities — i.e. a low stock of capital per worker, high structural unemployment and low productivity

What do you see as the primary external and internal risks in achieving that goal?

– The main external risks are potential negative spillovers from regional developments, a tightening of international financial conditions for emerging markets, and an escalation of global trade tensions. Domestic risks centre around possible complacency or resistance to delivering on structural reforms or maintaining fiscal discipline, while failure to address AML/CFT weaknesses could undermine investment attractiveness.

How do you asses the period between the two programmes? How did the government use its time to address the main issues in the economy?

– On the macroeconomic and financial sector front, policies have remained sound; in particular, fiscal results continued to be strong in the first half of the year, pointing to another year of surplus in 2018. 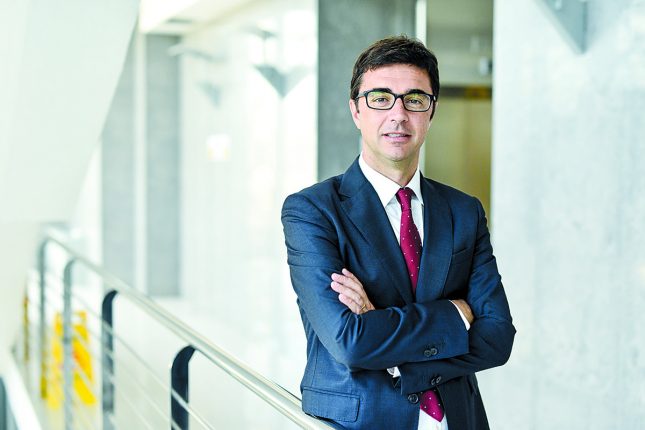 The government has continued to pursue the resolution of some state-owned enterprises that used to be a burden on the budget. For instance, it launched a privatisation tender for MSK, a tender for a strategic investor in RTB Bor and launched bankruptcy procedures for Azotara. The government has also worked on the implementation of a new public wage system and on measures to improve the business environment, such as the rationalisation of parafiscal charges.

To what extent could the announced rise in pensions and state salaries impact negatively on these achievements (fiscal stability etc.)?

– The fiscal position has strengthened significantly over the past three years. Although there is now space for increases in public sector wages and pensions, such improvements should be reasonable and should not be allowed to jeopardise hard-won fiscal sustainability. Specifically, the wage and pension bills should not start to increase again as a percentage of GDP. This is consistent with generous increases, given the projected nominal GDP growth rates for the next few years.

Ambitious structural and institutional reforms once again face Serbia. Given that these reforms were not achieved during the previous programme, what makes you optimistic that they will be achieved over the next two years?

– Under the previous programme, the implementation of reforms needed to tackle the structural weaknesses of the Serbian economy commenced, albeit at a slow pace. Public administration employment was rationalised, even if we are still far from having an effective and efficient public sector with staffing and wages allocated on the basis of needs and skills.

Fiscal costs from SOEs were reduced significantly, while there were other successes, such as in the restructuring of the railways and the privatisations of the Železara Smederevo [steelworks] and Galenika [pharmaceuticals]. Numerous surveys highlight essential improvements in the ease of doing business, although obstacles – like weaknesses in the judicial system and tax administration – remain. Despite mixed progress in structural reforms, the programme’s results exceeded all expectations regarding reducing the large macroeconomic imbalances and reinvigorating economic growth. The achievements were impressive, considering the complicated economic situation that Serbia found itself in back in early 2015. The context is now very different, with a stable macroeconomic situation and employment and output both growing. This provides an excellent opportunity to decisively address the underlying weaknesses that have been constraining Serbia’s output potential.

Besides structural reforms, what are the other preconditions for rapid and inclusive growth?

– Maintaining macroeconomic and financial stability, as well as political stability, are critical preconditions, but are not enough in and of themselves. To achieve faster and more sustainable growth, Serbia needs to implement an ambitious structural and institutional reform agenda fully. Efforts should focus on addressing the key constraints that limit the Serbian economy’s production capacities — i.e. a low stock of capital per worker, high structural unemployment and low productivity.

While we are observing output and employment growth, we are not yet seeing increased productivity, which will be critical to Serbia’s growth prospects

Policy priorities include measures to ease public and private investment, improve the business climate, reduce informality and boost productivity while ensuring transformation from an economy that relies too much on a large and inefficient public sector to a fully-fledged market economy led by a dynamic private sector.

What is the IMF’s stance when it comes to the current policy of subsidies mostly to foreign investors?

– Subsidies and other incentives for investment should be granted transparently and predictably, to ensure a level playing field for all potential investors. 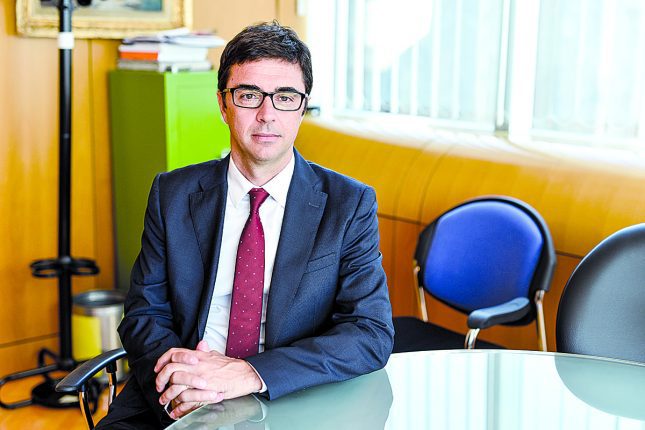 It is critical to regularly assess their effectiveness in attracting incremental investments— above and beyond the level that would have been reached had no incentives been granted. Policymakers should keep in mind the fact that foreign investors typically base decisions to invest in a country on a whole range of factors, such as political stability, transparent legal and regulatory systems, adequate infrastructure and a skilled workforce, while subsidies and other incentives are usually far from being the most important driver.

Many of the jobs created in the meantime were generated either in the grey economy or sectors with added value, such as the automotive and textile industries. What do you see as policies conducive with the creation of high-quality jobs?

– Employment has been growing over the last couple of years, albeit from a low initial level. And jobs have also been created in the formal sector. That said, structural unemployment remains high and more high-quality jobs need to be created. To achieve these goals, Serbia needs to boost investment levels and unlock productivity growth, while improving labour market incentives. Higher private investment requires improvements in the business environment, especially regarding modernising the tax administration, rationalising fees and parafiscal charges, and ensuring an efficient, independent and predictable judicial system.

Serbia needs to keep moving towards a dynamic, private-sector driven, skills-based economy, otherwise it will risk falling back to dependence on remittances

While we are observing output and employment growth, we do not yet see increased productivity, which will be critical to Serbia’s growth prospects. Policies to enhance the quality of public administration and public services, promote innovation and combat the grey economy would create an environment conducive to faster productivity growth and high-quality jobs.

As you have warned, if Serbia is to join the EU it may face the kind of brain drain that hit Croatia, and as such it must consider how to create better-paid jobs and improved living standards. How does this translate into public policies?

– Serbia’s economy needs to be transformed profoundly, to be ready to compete in a single market when it accedes to the EU. And this includes the single labour market. Serbia needs to keep moving towards a dynamic, private-sector driven, skills-based economy. Otherwise, it will risk falling back to dependence on remittances, as dynamic workers with marketable skills abandon the country to pursue better prospects elsewhere in the EU. To achieve these goals, Serbia needs to promptly implement the comprehensive structural and institutional reform agenda that I described earlier.

What is your standpoint when it comes to tax policy changes as a tool for fostering growth?

– Tax policy measures can certainly support growth and improve the business environment, by improving incentives for investment and employment, and by reducing informality. Specifically, we see scope to reduce the labour tax wedge, especially at the low end of the wage distribution. Changes to corporate income tax legislation could also be useful, including the streamlining of tax incentives and their replacement with targeted accelerated depreciation to incentivise investment. Finally, rationalising the parafiscal tax burden, by eliminating or merging some charges, could also support businesses.