Our main mission is to promote contemporary Austrian art and culture, as well as to foster cultural and scientific exchange

The cultural agenda for cooperation between Austria and Serbia until 2019 was signed in Belgrade in 2015. What has been done to date and what are the immediate priorities?

– Cultural agendas and scientific and technological cooperation agreements establish an excellent basis for the development and expansion of cultural and scientific relations with other countries, and establish a framework within which cultural and scientific relations should receive particular attention in the future. Since 2015, the Austrian Cultural Forum has been able to expand the number of its projects and establish relationships with new partners. This was not only due to cultural agreements between Austria and Serbia, but also due to the particular focus that Austrian foreign cultural policy – and Austrian foreign policy as a whole – places on the countries of the Western Balkans.

Given that the policies of culture centres are closely connected to national cultural policies and policy in general, how do you see the role and importance of the Austrian Cultural Forum in Serbia?

– Our main mission is to promote contemporary Austrian art and culture, as well as to foster cultural and scientific exchange. In so doing, we place a great emphasis on partnerships with local culture actors. It is already known to our partners that our goal is not to merely showcase Austrian culture. We prefer to have a dialogue and aim at responding to the needs of local professionals and the Serbian public. 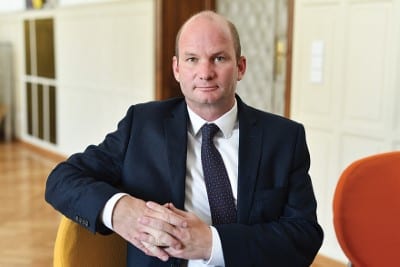 While planning projects, we thoroughly consult with potential local partners, try to find common ground and attempt to be flexible in order to find a way to direct our support to where it is most needed. Almost 20 years after its establishment, the Austrian Cultural Forum in Serbia enjoys a wide network of local partners and we consider ourselves trustworthy, reliable counterparts and an integral part of the Serbian culture scene. The European dimension, however, is also a very important part of our work. The local EUNIC cluster (European Union National Institutes for Culture), consisting of 16 European Union National Institutes for Culture and Embassies, is jointly carrying out several projects each year, such as our conference on the role of public libraries in the 21st century, which will take place at the National Library of Serbia on 26th October.

Austrian culture has had an influence on the countries of this region, including Serbia, for many centuries. To what extent do you recognise Austria’s cultural heritage in Serbia?

– Austrian cultural heritage is especially visible in Vojvodina, where it can be seen not only in architecture but also in the cuisine, language and customs. However, the influences of Austrian architecture and the arts can also be found in other parts of Serbia. “Where the past meets the future” is the motto of the European Year of Cultural Heritage that we are commemorating this year.

Cultural heritage should thus not only be seen as a thing of the past but as something that’s created in the moment. This year we are therefore placing a special emphasis on presenting music from Austria to the Serbian public, be that classical music, jazz or electronic music, thereby presenting Austrian cultural heritage from the past as well as a cultural heritage that’s in the making.

Has the function of culture centres gained a new role due to new communication technologies?

– New communication technologies have definitely changed the way we communicate with our audience and how we address them. These technologies have added an important boost to our visibility and helped to promote our programmes among a significantly wider audience. We are very active on Facebook, where we have more than 10,000 organic followers. Close contacts with the local media, however, remain an important part of our job, be that by giving interviews or by organising joint press conferences together with our partners to announce joint projects.

Foreign culture centres have an important shared role – to convey and affirm their own cultural values. What is the interest of the Austrian Cultural Forum in Serbia?

– As already mentioned, one major task of the Austrian Cultural Forum is to promote Austrian contemporary art and culture, as well as to initiate and foster sustainable contacts between artists from Austria and Serbia. Our goal is not to invite artists or scientists to play a concert or give a lecture and then return to Austria but to engage in a dialogue with their Serbian counterparts. In the field of music, we encourage Austrian musicians not only to give concerts but also master-classes for students. We are also supporting several artistic residence programmes in Serbia, enabling Austrian artists to stay for a longer period in order to truly get to know the country and its people, and in order to be able to establish contacts that will hopefully result in lasting projects. This is the kind of sustainability we want to achieve.

Under the slogan “Look to the past, create the future!”, the 4th Creative Europe Forum was held in Belgrade this June and focused on the process of examining the new perspectives of relations between the EU and the Western Balkans in the field of culture. How would you assess the results of this event?

– The Creative Europe Forum 2018 was organised by the Creative Europe Desk Serbia, in cooperation with the Embassy of the Republic of Bulgaria, the Delegation of the EU in Serbia, EUNIC Global and the State Institute for Culture of Bulgaria. In lgith of the then Bulgarian Presidency of the Council of the European Union, one part of the programme was dedicated to the question of international cultural relations and cooperation between the 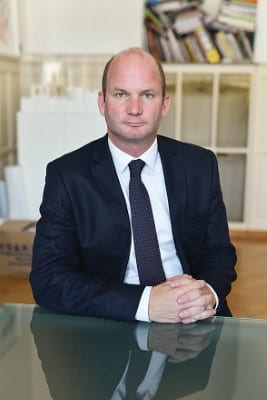 Western Balkans and the European Union. The event brought together local and international stakeholders and decision-makers in culture, representatives of the European Commission and the European External Action Service, representatives of the Serbian EUNIC cluster, as well as colleagues from EUNIC Global. The event gave culture stakeholders from the region the possibility to meet representatives of the European Union and receive first-hand information about funding possibilities and future programmes. They were also able to engage in discussion about what is important for culture stakeholders in the Western Balkans and how this could and should be reflected in future European Union policies and funding programmes. Moreover, the event also gave stakeholders in culture from the countries of the Western Balkans the possibility to meet and exchange experiences. The Forum has shown that there is a need for, and an interest in, this kind of cross-border exchange and cooperation.

You pay great attention to young people and students. You have a very diverse offer when it comes to hiring contests and scholarship opportunities in Austria. What is the interest in these opportunities like among young people in Serbia?

– Neither the Austrian Embassy nor the Austrian Cultural Forum organises hiring contests or offers scholarships. All available scholarship opportunities for students can be found on the website www.grants.at. Concerning exchange programmes for artists, there are several Artist-in-Residence programmes available for culture workers from Serbia. The Austrian Ministry of Europe, Integration and Foreign Affairs offers several programmes for young (and not so young) cultural professionals, such as the Q21 Residence programme dedicated to artists from Central, Eastern and Southeast Europe who are non-residents of Austria. It aims to give them the opportunity to live and work in Vienna, and to establish contacts on the local cultural scene.

The Austrian chancellery and KulturKontakt Austria have established an Artist-in-Residence Programme, as have several cities in Austria. I would also like to mention the cross-border network TRADUKI, which supports the translation of books from German into Southeast-European Languages and vice versa. It places a special focus on support for translators, whose work as important mediators in culture is sometimes not adequately appreciated. All calls for these programmes are posted on our Facebook page. I therefore strongly advise your readers to follow us on Facebook – there is plenty of interesting and useful information to find!

If we were to go back in time a couple of centuries, we would find that Austria was an important haven of the Serbian intelligentsia. Who are things today on this front?

– Diplomatic relations between the Austro-Hungarian Empire and Serbia began as early as the mid-19th century, with the opening of a consulate in Belgrade that facilitated the movement of Serbs to Austria and vice versa. In the 19th century, a lot of Serbian intellectuals, scientists and artists were studying and working in Vienna and Graz (e.g. Vuk Stefanović Karadžić, Jovan Cvijić, Paja Jovanović), in a tradition that carried on through the 20th century (e.g. Milo Dor, Bogdan Bogdanović) and continues to this day. Many students from Serbia are currently studying at various Austrian universities and academies of art – especially in the fields of classical music, jazz and visual arts. Some of them remain after completing their studies, establishing an important link between Austria and Serbia, and contributing immensely to the cultural legacy of both countries. We regularly support Austrian citizens of Serbian origin and Serbian artists and experts living and working in Austria, most recently Dejan Kaluđerović.