The Foreign Investors Council welcomes the efforts exerted by the Government aimed at improving the investment climate. We are particularly pleased by the government’s commitment to eliminating obstacles hindering the strengthening of the business environment and improving the efficiency of state and local administration

The Foreign Investors Council has for years had good and productive cooperation with the Government of Montenegro. Although there is plenty of room to improve some policies, the Montenegrin Government, in the opinion of our interlocutor, Montenegro Foreign Investors Council MFIC President Christoph Schön, works continuously to create the conditions for sustainable economic growth.

In your opinion, how has Montenegro fared during this year, which was still a little tough in a macroeconomic sense?

– With the implementing of established fiscal policy measures, support for the strengthening of economic activities and the further fostering of competitiveness, the Government of Montenegro has ensured that Montenegro is on the right path to achieving sustainable and inclusive growth, so we wouldn’t describe this year as “tough”. Observed quarterly, a particularly encouraging fact is the continuous growth of gross domestic product in 2018, which gives us a signal to be optimistic when it comes to the year ahead.

– An effective fiscal policy based on the principles of competitiveness provides the basis for continued economic growth. Considering that the Government of Montenegro’s priority is to ensure fiscal stability and increase budget revenues while reducing current spending and public debt, we consider that the implementation of fiscal policy measures will ultimately have a positive impact on long-term economic growth.

The Foreign Investors Council particularly welcomes the efforts exerted by the Government aimed at improving the investment climate, with special attention being paid to eliminating obstacles to the strengthening of the business environment via improvements to the efficiency of the state and local administration, through reductions in the costs of administrative procedures and simplifying them, as well as shortening the time required for their completion, but also through the reform of key sectors that have stagnated for a long time.

Cooperation between the Foreign Investors Council and the Government is productive, and understanding and support exists for reducing and ultimately eliminating barriers to doing business

What has changed in this domain concerning the recommendations of the last White Book? Are the reforms announced and launched in the education, spatial planning and construction sectors, as well as fiscal consolidation and the Labour Law, on the right track?

– The latest edition of the White Book identified several key areas that have represented the focus of the attention of the Council for several years: the rule of law, the labour market – primarily through the Draft Labour Law, the grey market and inspections, taxation, corporate governance, real estate development, human resources capital etc.

These categories are recognised year after year as priorities and require a systematic approach and a reform agenda.

We should undoubtedly note the draft of the new Labour Law, the latest version of which – in the opinion of investors and the entire private sector – still doesn’t promote flexibility and labour mobility, and in that sense doesn’t differentiate between high-quality and low-quality personnel. The final version of the Law can have a significant impact on the overall business environment, and the private sector expects that the provisions prescribed by this law will be further improved. 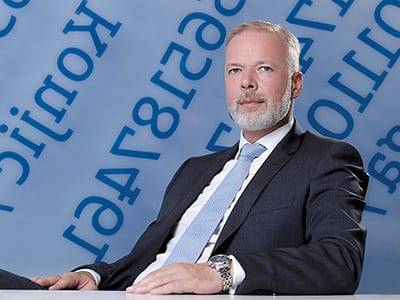 When it comes to reforms implemented in the education sector, our opinion is that it is necessary to develop professional qualifications further and prepare education curricula in cooperation with employers, on the basis of real market needs and developmental activities. Increasing the productivity of a workforce that has the knowledge and skills essential for employers will ultimately impact positively on both their productivity and GDP growth.

With the adoption of the new Law on Spatial Planning and Real Estate Construction in October 2017, a new concept of construction was introduced without the obligation of procuring construction permits, though we will only be able to feel its effects after the full implementation of amendments to the law.

Finally, a public debate is underway on the Law on Fiscalisation and, considering the general practice in the home countries of most investors who are members of the Council, we are of the opinion that this process is vital and can impact significantly on reducing the volume of the grey economy and increasing the efficiency of the Tax Administration. The members of the Council are ready – through the relating of their experiences from their countries of origin – to contribute to making the final solutions of the law as useful and easy to implement as possible.

The Prime Minister announced at the beginning of the year that the government would look at the possibilities of reducing the tax burden on labour. In your opinion, how important is this as a tangible factor for companies operating in Montenegro?

– Regardless of the significant reduction in the tax burden on labour costs in Montenegro during the previous period, that burden remains significantly higher than the average among OECD countries and higher than in most countries of the region. This is undoubtedly recognised in both the private and public sectors, so an initiative has already been launched among representatives of the private sector and the academic community to re-examine the existing fiscal burden to find a model that would reduce contributions without jeopardising public finances and the planned revenues of the State Budget.

Which other factors determine the overall investment climate?

– The “investment climate” implies a very broad concept, a set of conditions, i.e. prerequisites that impact on operations and which significantly contribute to or limit the successful realisation of investments. In all of our reports, the “rule of law” is recognised as the most challenging prerequisite for the development of business operations. A “predictable business environment”, which implies the transparency of the activities of state bodies, is also an important factor.

Combating the grey economy requires a decisive reaction from the relevant institutions and is an important factor for fair market competition, while a competitive tax system and efficient tax administration are always among the most important factors when it comes to evaluating a country’s business environment.

In the end, timely and open dialogue between the public and private sectors aimed at understanding and recognising common interests, and then individual ones, is key to a stimulating business environment that results in economic development and a better standard of living for citizens.

In all of our reports, the “rule of law” is recognised as the most challenging prerequisite for the development of business operations

How much did the unification of forces with the Chamber of Commerce of Montenegro bring you in terms of exchanges of experience and the formulation of joint requests of business?

– The Council’s cooperation with associations that represent the private sector, and in particular collaboration with the Chamber of Commerce of Montenegro, which represents one of the main pillars of public-private dialogue in the country, is of exceptional importance. When associations are ready to cooperate, and when they consider the needs of their members, it is very simple to define joint projects, goals and priorities. This type of cooperation between the Council and the Chamber of Commerce of Montenegro is being implemented successfully, and we are ready to improve it further.

How would you evaluate the situation in the banking sector? How does it influence the results of your bank’s operations?

– The banking sector in Montenegro is stable, with positive trends such as liquidity growth and a reduction in NPLs, but still with major variations within the sector. It is obvious that there is harmonisation with the practises applied in EU countries and countries in the euro zone, and that simultaneously implies the capacity building of both commercial banks and regulators. One of the important challenges we are facing is certainly digital transformation, as well as the process of further aligning with European regulations.

Montenegro's potential for economic growth lies in tourism, energy, agriculture and industry. As such, the focus should be on increasing economic competitiveness, along with...
Read more

The pace of reforms, improvement of all aspects of the business environment and the competitiveness of the private sector all need to be enhanced....
Read more

The focus of our economic policy has been placed on increasing the competitiveness of the economy by using structural reforms and infrastructure development to...
Read more

Our NATO Accession Is Not Anti-Russian

Membership of the EU and NATO is not directed against Russia or anyone else, but corresponds to the needs of society for enduring peace...
Read more
Cord MagazineLeaders Meeting Point