Atsuko Shiotani, Economic Attaché at the Embassy of Japan in Belgrade

Compared to ten years ago, economic relations between the two countries have – by and large – expanded significantly. Measured in terms of the number of Japanese direct investment in Serbia, we are seeing six times as many companies today as there were a decade ago. Important political events, as well as some recent investments of Japanese companies in Serbia, are forming the basis for longer-term partnerships.

It seems that a new era of economic relations between Serbia and Japan started in 2017 and that both countries are willing to exert considerable efforts in order to better familiarise ourselves with one another and to discuss venues for cooperation. For this special edition, we discussed the potential for a possible upsurge in mutual cooperation with Atsuko Shiotani, Economic Attaché at the Embassy of Japan in Belgrade.

How would you rate overall economic relations between our two countries?

Compared to ten years ago, economic relations between the two countries have – by and large – expanded significantly. If WE look at the number of Japanese direct investments in Serbia, it has increased sixfold.

Since I started working at this Embassy in June last year, I have witnessed a number of major economic events, such as the opening of Yazaki’s factory in Šabac, the launch of construction of a Flue Gas Desulfurisation system at Nikola Tesla Power Plant by Mitsubishi Hitachi Power Systems, progress achieved on the PPP project for waste management in Vinča by ITOCHU-SWEZ. It should also be noted that the Japanese Business Alliance in Serbia (JBAS) initiated its activities and that an investment by MAYEKAWA for setting up production lines of industrial refrigerators is taking shape. 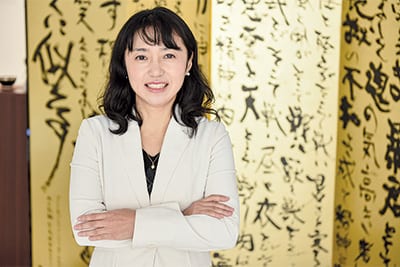 During PM Abe’s visit, he announced the Western Balkan Cooperation Initiative. As an important part of that Initiative, we held the Japan-Serbia Business Forum last October in Belgrade. Also as part of that Initiative, we will have an Investment Seminar for the Western Balkans in Tokyo on 7th December, to which chambers of commerce from the Western Balkans are invited. I hope these recent business events that are taking place in both Belgrade and Tokyo will facilitate business among Japanese and Serbian companies and strengthen economic relations between the two countries.

What should Serbian businesspeople wanting to enter the Japanese market know about the specific demands of your market?

This year, by collaborating with JBAS, the Japan External Trade Organisation (JETRO) Vienna Office, the Chamber of Commerce & Industry of Serbia (CCIS) and the Development Agency of Serbia, the Japanese Embassy organised several events focused on Japanese business. The biggest event was the Japan-Serbia Business Forum last October. Their Serbian businesspeople had the opportunity to learn more about establishing cooperation with their Japanese counterparts. Japanese companies appreciate the long-term partnership.

The decision-making process of Japanese firms seems to be slow, taking a lot of time compared to Western norms. However, once Japanese companies have made decisions on business partners, they tend to stay in the partnership for a long time. It should also be mentioned that once Japanese companies make decisions to establish partnerships with foreign companies they provide assistance to their business partners in order to achieve the standards demanded by the Japanese market. Foreign companies might be required to improve their production operations for the Japanese market, but that is a win-win situation, as they can improve the quality of their products and simultaneously gain long-term access to the large Japanese market.

I hope that business events taking place in both Belgrade and Tokyo will facilitate business among Japanese and Serbian companies and strengthen economic relations between the two countries.

In your opinion, why has the trade exchange between our two countries remained at a relatively low level?

Very little information on the mutual economies is among the biggest reasons. At the Japan-Serbia Business Forum, Serbian companies that have been successfully doing business with Japanese partners shared their experiences. The information based on their business experiences was very useful for Serbian companies that are considering options for doing business with Japan. 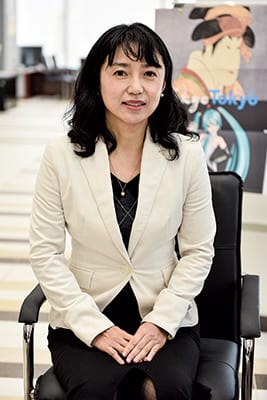 The JETRO Vienna Office can be of great help to those Serbian companies. There is also a lack of information about the Serbian business environment in Japan. The Government of Japan will host the Investment Seminar for the Western Balkans on 7th December 2018 in Tokyo, to which the CCIS and other chambers of commerce from the region are invited.

I hope this Seminar will help Japanese companies gain information about the condition for doing business in Serbia. I would also like the Serbian Government to come to Japan too, in order to invite Japanese investment in Serbia and to share information with Japanese companies, which I believe is one of the most effective ways.

There is no trade agreement between Japan and Serbia at present. Considering the fact that the Japan-EU Economic Partnership Agreement is about to enter into force, we can expect an expansion of the trade volume once Serbia becomes an EU member state.

Which Serbian products do you think could prove successful in the Japanese market?

Serbia is currently primarily exporting tobacco to Japan, as well as some agricultural products, such as frozen fruits and vegetables. Since the Japanese market is big and accommodates a large variety of goods, Serbia has the potential to expand quantities of its exports of frozen fruits and vegetables. I think other agricultural products, such as wine and honey, also have the potential to be exported to Japan. Serbia has been successfully developing its IT industry in recent years and, in my opinion, IT-related products can be one of the areas for future trade.

What kinds of experiences have Japanese businesses operating in Serbia had?

The overall impression of Japanese companies regarding Serbia is positive, but after arriving in Serbia some of them have faced several complicated administrative procedures that are difficult to overcome. Transparency and predictability in the enforcement of laws is very important for business people. Prior to their investment, the Development Agency of Serbia supports them in coming to Serbia. Japanese companies hope that the Development Agency of Serbia will become a one-stop administrative service agency when they have trouble in dealing with laws and procedures even after they came to Serbia. Japanese companies are willing to cooperate with the Serbian government in order to improve the country’s business environment by sharing the difficulties they have experienced in doing business in Serbia.

Which questions are most commonly posed to you by Japanese entrepreneurs considering entering the Serbian market?

Companies that haven’t yet come to Serbia ask fundamental questions, such as whether the country is a safe place to live, whether it’s under threat of war and if it’s politically and economically stable. In my opinion, those questions are posed because there is little information about Serbia in Japan. Companies that have decided to enter the Serbian market or that are already doing business here ask about administrative procedures regarding registration processes. In fact, some companies even had difficulties identifying the institutions in charge of issuing licenses and certificates.

In which ways is the Embassy of Japan in Belgrade involved in the promotion of Japanese business in Serbia?

The Embassy of Japan supports the promotion of business among Japanese companies by holding events in our premises. For example, we recently had a handover ceremony for a Toyota vehicle to the Serbian Olympic and Paralympic committee and a round-table for the JBAS healthcare group with the Serbian authorities. In last October’s Japan-Serbia Business Forum, we had a “Suppliers Day” event for Japanese companies, at which representatives of Japanese companies had B2B meetings with potential suppliers from Serbia.

The Japanese philosophical concept of Kaizen is becoming increasingly popular In Serbia. Has it also found its place in Japan within the scope of the digital revolution?

Kaizen first started at Japanese manufacturing factories, in order to gather ideas to improve efficiency in the working domain. This method is now spreading worldwide. I am glad that it is proving interesting to many Serbian companies. This year saw the Embassy cooperate with JBAS in staging two joint Kaizen events.

Kaizen is now applied not only in manufacturing areas but also in other sectors like the services industry and even individual worker efficiency. It can also find good applications in a digitalised society.

Marija Cvetković, President of the Municipality of Gadžin Han

The Embassy of Japan donated €228,475 to three healthcare facilities at the end of last year, including the Gadžin Han Health Centre. This valuable...
Read more

The Kučevo Health Centre has received an ultrasound machine, an analogue mammogram screener and a device for digitalising X-ray images. This new medical equipment,...
Read more

Our Streets are Now Cleaner

The Municipality of Mladenovac is one of those included in the projects of the Government of Japan to cater to the basic needs of...
Read more

Six inspirational students from disaster-hit areas of japan have been sampling the olympic spirit, benefiting from a cultural exchange and acquiring life-changing experience through...
Read more

For the Japanese Business Alliance in Serbia (JBAS), 2019 was all about our members – activities in 2019 were shaped under the slogan “member...
Read more

The Venue Plan for the Olympic and Paralympic Games Tokyo 2020 consists predominantly of two thematic and operational zones: the "Heritage Zone"; which houses...
Read more

Where to Stay, Eat, and Play in Tokyo for the 2020 Olympics

Everything You Need to Know About Staying in Japan

The year 2020 may mark the beginning of a new decade, but perhaps most importantly, a new Olympic season. And while the Summer 2020...
Read more
Cord MagazineLeaders Meeting Point