In conjunction with the 49th Anniversary of the formation of the Association of Southeast Asian Nations (ASEAN) and to commemorate the first year of the establishment of the ASEAN Economic Community (AEC), a 2016 ASEAN Day flag-raising ceremony was held at the Embassy of the Republic of Indonesia in Belgrade.

The Ceremony was co-hosted by the heads of ASEAN Embassies based in Belgrade: H.E. Harry Richard James Kandou, Indonesian Ambassador to Serbia, H.E. U Myo Aye, Ambassador of the Republic of the Union of Myanmar, and Nik Ady Arman Nik Mohd Kami, Charge d’Affaires a.i. at the Embassy of Malaysia.

Since its establishment in 1967, ASEAN has been successful in facilitating the economic prosperity, political stability, security and socio-cultural cohesion of the countries of the Southeast Asian region, which encompasses a market of over 622 million people. 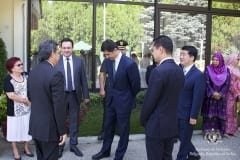 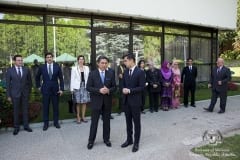 No Pressure To Change Stance On Kosovo