Bulgaria, Croatia, and Romania, alongside Cyprus and Ireland, represent the only EU member states outside of the border-free Schengen...
Read more
23 October 2018
Facebook
Twitter
Email

The trade department of the Embassy of Spain in Belgrade and the Spanish Export and Investment Agency (ICEX) organised this business meeting, in cooperation with the Serbian Chamber of Commerce and the Development Agency of Serbia. The sponsor of the Forum is COFIDES, a Spanish development finance company.

“Serbia can undoubtedly expect more Spanish investments in the future because we want to bring the two countries closer together when it comes to business cooperation. Then, Serbian entrepreneurs will have the opportunity to become acquainted with the high capacities of Spanish companies, which are among the world leaders in sectors such as infrastructure, environment, tourism, transport, construction, agro-food, textile and fashion industry,” said Shiana Mendes, State Secretary for Trade and President of the Spanish Export and Investment Agency (ICEX). 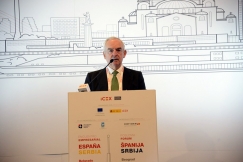 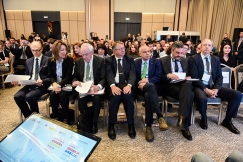 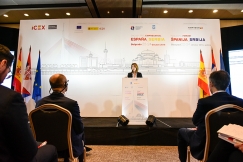 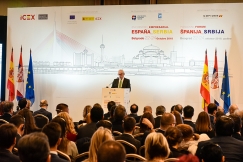 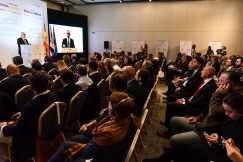 During the conference, H.E. Miguel Fuertes, the Ambassador of Spain in Serbia, said “We are very pleased that we are organising, for the first time, the Business Forum in Serbia, which is our friend and ally. The countries have excellent political relations, as well as cultural cooperation. The friendship between the two peoples seems to be palpable in the streets of Serbia, where we feel very comfortable for the Spanish people, how we have been received here and how people come to us. Spain has built a positive image in Serbia and in that sense, we consider this event a step forward to introduce the Spanish companies to people in Serbia and to strengthen our economic and bilateral relations. Certainly, the presence of the State Secretary for Trade in Spain is of great importance for strengthening these relations.”

Within the framework of the forum, a conference was held with a series of panel discussions, presenting the opportunities, advantages and challenges of doing business in Serbia, with a particular focus on infrastructure, project financing, and agricultural cooperatives in Serbia and Spain, among others. Thanks to this event, companies from both countries have had the opportunity to make direct contact, and more than 80 individual meetings have been scheduled between their representatives.

U.S. Department of Commerce Deputy Assistant Secretary (DAS) for Europe and Eurasia David De Falco is leading a “virtual visit” to Serbia from May...
Read more

At the initiative of the Chamber of Commerce and Industry of Serbia, as of 21 January,  businesspeople from the entire world, foreign and domestic...
Read more